Set-tops versus set-backs: is the industry adding TV to the Internet or vice versa 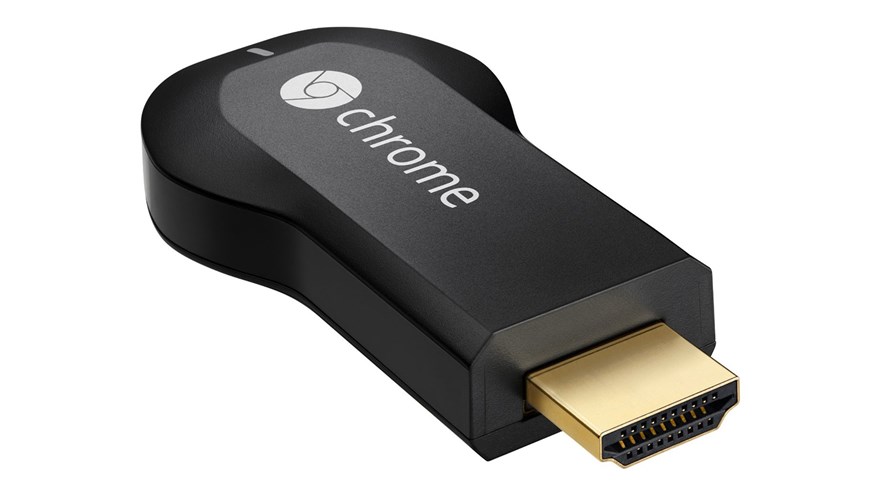 Google launched the Chromecast to much acclaim and now looks like giving the kiss of life to Google TV - this time it's Android TV. What gives?

Users often ‘illogically’ stick to the arrangement they know and think they understand rather than move to something innovative which by all measures looks superior. We all know it. We all do it.  It’s probably deeply ingrained from pre-history to save us from such last words as:  “Oh look, there’s a nice red berry I’ve never seen before, let’s try it.”

Instead of saying that and dying, humans tend to stick to what they know and treat the new with suspicion and distaste. That could be the explanation for Google’s apparent decision to do the settop box and remote control combo again, in the shape of Android TV, just as its Chromecast dongle appeared to be flying off the virtual shelves.

Let me explain. You and I may hate TV remote controls (as a general rule). There’s too many of them. They clog up the coffee table, they litter the arm rest and fall clattering to the floor, spilling their batteries.  That’s if they have any because somebody always fiddles with the battery cover until it breaks, meaning the batteries are permanently absent.  And remotes are all different and have buttons with symbols on them that don’t mean anything. Lots of us hate ‘em.

When Google announced the Chromecast last year for the US (it has just arrived in the UK in the past month or so) it looked like a winner. Apple had been struggling for years to find the right way to bring the TV to digital heel, without much success. Jobs famously said at one point that TV was just a hobby.

But Google had gone another route. The Chromecast was very cheap  (£30), clever in design, elegant in execution and, with its SDK and general openess, looked to be the sort of platform the industry needed to develop games and new ways of packaging and presenting content on a big screen in an Internet world.

In fact all it is is a Chrome browser on a stick. It plugs into the back of the TV, out of sight in its HDMI port (needs a little power supply too) and feeds off a wifi broadband connection. The clever bit is its dumbness. It just waits for a video stream (or other data, like a game, for instance, or photos from the cloud, or whatever a browser might accept) to turn up and it then plays them, no questions asked.

The clever stuff therefore has to be elsewhere - in the cloud and in an intelligent device to control it. This can be an Android, iOS phone, tablet  or a computer. In my house we have one TV with a Chromecast inserted and several people with both Androids and iPhones, tablets and Chromebooks who all just come and sit, using the large format TV as an ocassional screen for their particular viewing preferences.

They ‘cast’ YouTube and Netflix direct to the TV (which means that once a cast is..  er.. casting, they can go off somewhere else) but they can also cast any tab from a browser on their computers although this  doesn’t work so well, presumably because two streams (one to the computer and one back to the Chromecast dongle) are competing for the same spectrum.  (Note to self:  it could be that the computer can’t process the two streams, must try a wired connection from the router to my computer to see if the performance improves).

As time goes on (and the Google Chromecast SDK is downloaded by more developers) it’s expected that many more Chromecast apps will become available to ‘cast’ content direct to a specified TV (no Android, iPhone or PC needed except to set up the stream). This has the huge and one would have thought, growing advantage that users can retain full use of their device to tweet and Snapchat about whatever it is they’ve cast to the TV screen.

Has the Chromecast approach worked?  Hard to tell because, as usual, Google is tight-lipped on the numbers, but it claims to have sold “millions” so far. In the UK an electronics retailer, Currys, said it sold a Chromecast every 4.5 seconds on launch day. Evidence comes in from other parts of Europe that it’s selling well there too.

So the question is, with Chromecast ostensibly doing so well just as it is, without its black box and remote control, why has Google decided to revive Google TV, call it Android TV instead and push it out - with a remote?

Meanwhile one of the Chromecast’s main competitors, Roku, decided it would do a Chromecast ‘me too’ in the wake of the Chromecast launch, bundling its key innards onto a stick. But it added a remote control to the package. The Roku stick has been announced this week for $49  (as opposed to $35 for the Chromecast). Roku has been in the game a long while and probably knows its customers well.

Then at about the same time we’ve seen the arrival of Amazon’s Fire TV. This doesn’t have the openess of Chromecast and is designed for users who want to use it to view their Amazon content easily. Again, it sports a remote control and is 'conventional' in the settop box sense.

Apple’s Third Generation Apple TV has also upped the competitive pace over the past month or so. It’s being described as a gateway device: it’s designed to let Apple users stream their content purchases onto their TV screen. It’s a conventional settop and remote combo.

So why does Google look ready to split its market?  I think it’s back to user caution, especially when the competition all seems to be coming out with the old remote/box combo.  Google may have worked out that many of us apparently like and expect a remote control and a traditional 'on-screen' interface. We lilke the ability to select content from the TV screen itself. And Google has gleaned that from the feedback it already had from selling millions of Chromecast devices.

In fact, when I was a potential Chromecast buyer the other week I was struck by how often the ‘lack’ of a remote was mentioned as a demerit point in the user reviews.  I thought the main Chromecast advantage was that it didn’t NEED a remote and didn’t have a front-facing box of some description to pick up its signal.

And there was talk of 'lack of discovery features', which is fair I suppose since, at this stage, there are not that many Chromecast apps out there. But that will change and the 'discovery' functions will be in new apps which present the programming.

Another objection was that you couldn't share the programme selection since it didn't show on the main screen.  Well you could (if you wanted it there) since you could cast the selection screen.

I think Google is probably wise to hedge its bets by coming out with a conventional settop approach as its setback approach beds in. In the long run it obviously wants to get manufacturers to build a later version of Chromecast right into the television set. There might be some way to go on that one.