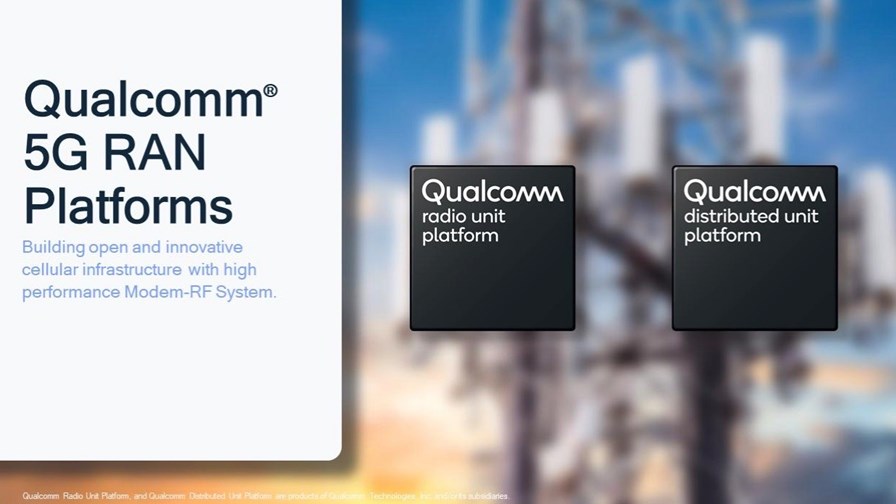 A powerful Open RAN partnership, injury time for BT Sport and speculation about the acceleration of Huawei’s new diversified strategy lead the way in today’s race for the news finishing line.

Vodafone and Qualcomm are developing a technical blueprint designed to help more vendors develop Open RAN products for 5G networks. “The move aims to lower the entry barrier for many companies and drive diversification of network equipment vendors,” the companies noted in a joint announcement. The reference designs will “support emerging and established network infrastructure vendors develop high-performance, virtualized, interoperable, and modular 5G networks at scale. This aims to make cellular infrastructure more innovative and competitive…. The reference design will combine Vodafone’s engineering expertise at building high capacity, large-scale networks with Qualcomm Technologies’ leadership in developing high performance and low power Application-Specific Integrated Circuit (ASIC) solutions for device and infrastructure products. This powerful combination aims to ensure Open RAN is ready for use in 5G networks and capable of supporting bandwidth-hungry applications such as virtual and augmented reality devices, even in busy urban areas,” the partners noted. Vodafone is one of a group of European operators dedicated to fostering an ecosystem of new Open RAN technology developers in Europe.

BT is seeking to sell a stake in its BT Sport operation, in which it has invested billions of pounds in content, including the rights to major events and tournaments such as Champions League football. “Further to media reports, BT can confirm that early discussions are being held with a number of select strategic partners, to explore ways to generate investment, strengthen our sports business, and help take it to the next stage in its growth. The discussions are confidential and may or may not lead to an outcome,” stated the operator. According to The Guardian, BT has held discussions with the likes of Amazon, sports streaming specialist Dazn and UK broadcaster ITV.

Huawei is reportedly seeking to acquire an electric vehicle manufacturer as it seeks to diversify its portfolio and lessen its reliance on the smartphones and telecoms network infrastructure markets. According to Reuters, Huawei is in talks to acquire a controlling stake in Chongqing Jinkang New Energy Automobile. Huawei yesterday announced a 16.5% year-on-year decline in first quarter revenues, though it still managed to amass sales of $23.5 billion.

With all due fanfare and seriousness, China's State Intellectual Property Office claims the People's Republic already owns the lion's share of patents for 6G! Alright, so nobody yet knows exactly what 6G will be and how it will work, but apparently China already has sufficient IP to send shivers of fear down the spines of governments, standards bodies and manufacturers unlucky enough to be sited outside the boundaries of the Middle Kingdom. With a superb sense of comic timing, but an absolute lack of any sense of irony, the organisation used this Monday, April 26, 2021 - which was World Intellectual Property Day - to instruct state media to tell all and sundry that China is in possession of some 10,350 6G patents. The State Intellectual Property Office, which has little more than nodding acquaintance with the concept of Intellectual Property as understood by the rest of the world, claims the PRC has attained dominance in 6G technology by appreciating the importance and potential of it well before anyone else did and then fostering lots innovation in lots of Chinese companies. The Office does fleetingly acknowledge that some other countries, including Finland, Japan, South Korea, Sweden and the US, are also "pursuing 6G," but makes little of it other than to exhort the Chinese industry and its personnel to continue to innovate, file patents and create 6G standards before anyone else can. Meanwhile, the GSMA and ITU say properly-ratified international 6G standards are unlikely to be published before 2025 at the earliest and may not emerge until as late as 2028 or 2029. So there's plenty of time for the State Intellectual Property Office to lay claim to more IP, although where that might actually originate from may not be all that clear. Now, on to 7G and beyond!!​

Way out in the west of the US lies Wyoming: The "Cowboy State" is rugged, beautiful, libertarian, underpopulated and is becoming a centre of the development of cryptocurrencies and blockchain technology. New crypto-friendly state legislation is attracting company after company to set up in and around Wyoming's small state capital, Cheyenne. Several of the new arrivals have upped sticks and moved to the Wild West from San Francisco and Silicon Valley in California, where outrageous prices, overcrowding and overstrained municipal infrastructures and services are tarnishing the reputation of the Golden State. Among those to have moved to Cheyenne are blockchain company Cardano, the cryptocurrency outfit Kraken, and Ripple Labs, a crypto-payment protocols designer. Others include Blackfog (device data security and ransomware protection), ColossusXT (blockchain), Infinite Compute (cloud computing), Language I/O (automated customer support and machine translation), Lifekey (development of operating systems for wearable technology), LogiLube (edge-to-cloud-to-client big-data predictive analysis and machine learning) and Visably (search engine development). Until comparatively recently, Wyoming state laws prohibited the operation of cryptocurrency exchanges, but that changed in 2019 when new legislation clarified the treatment of digital assets. In the latest move legal status has been granted to "decentralised autonomous organizations" and "member-owned communities" using blockchain technology. Investors resident outside the state can now set up companies allowing Wyoming financial institutions to hold corporate digital assets under a legal framework whereby institutional investors can retain direct ownership of their "digital assets and wealth" through a "custodian bank". The result of the changes is the ongoing boom in incoming crypto-companies. However, remote Wyoming has now caught the attention of federal government regulators in Washington DC, who have expressed concerns that the new state laws could put the national banking system at risk. A protracted battle, and eventual stalemate, looks likely. Wyoming people are famous (or perhaps infamous) for their determination, bloody-minded individualism and distrust of the Washington establishment. Unsurprisingly, the state governor says Wyoming will continue to attract and welcome crypto-companies, regardless.