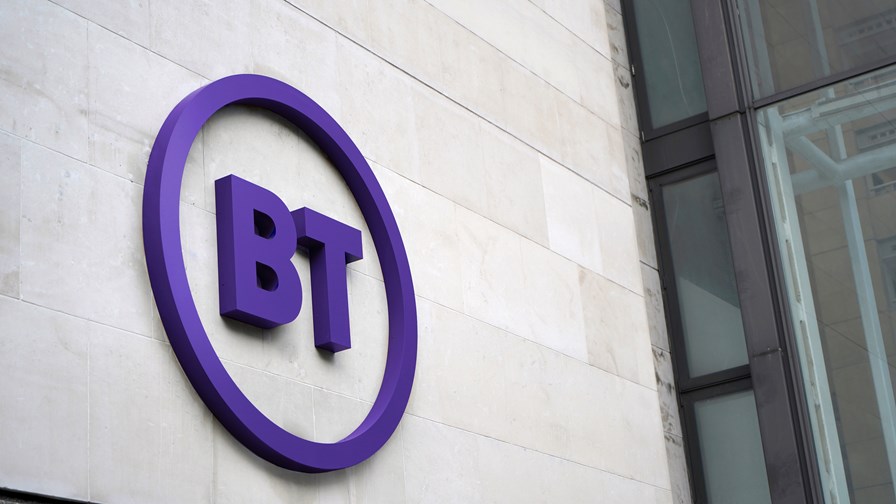 A timely agreement between BT and its staff’s main union, the latest Open RAN activity, a class action suit over 5G service quality and a potential own goal in Italy top today’s news bill.

BT says it has reached an agreement with the Communication Workers Union (CWU) on how it will “push ahead with its modernisation plans over the coming years.” The agreement includes an unspecified “pay increase” for staff, a review of “the timing and location of some of the sites we are proposing to close in order to minimise the impact on our people,” and “steps to avoid compulsory redundancy where we reasonably can.” The agreement will, for now at least, calm fears of a staff strike, which had been a possibility following an announcement in March that the CWU was moving towards an industrial action ballot of its members. For BT’s full announcement on the agreement, see this statement.

Telecom Egypt is the latest network operator to put some Open RAN tech through its paces. It is setting up a Proof of Concept (PoC) with Altiostar, Cisco and the Telecom Infra Project (TIP). The PoC will use radio units based on the Evenstar reference design developed by a Facebook-led group as part of TIP’s OpenRAN program, as well as vRAN software from Altiostar for the distributed and centralized units and Cisco edge compute and fronthaul transport technology. “OpenRAN plays an important role in helping reduce costs and increase flexibility and component-level efficiency for operators globally,” noted Telecom Egypt CEO Adel Hamed in a press release about the PoC. “Our hope is that early positive experiences will lead to greater commercial adoption of these initial products which will, in turn, help expand the network of OpenRAN suppliers,” he added.

In South Korea, a class action lawsuit against SK Telecom has been filed by a phalanx of 5G subscribers – well, 237 of them anyway. The meat of the complaint is that the reality of the quality of SK Telecom’s much-trumpeted 5G service is way, way less than that promised in all the marketing and advertising hype. Attorneys say the issue is straightforward: While SK Telecom has some 800,000 4G/LTE relay stations in situ, it has deployed a mere 170,000 for its 5G network. The result has been a partial service subject to continual drop-outs and service gaps which is not what users signed-up for and is far below the promised quality to service for which they are paying premium prices. SK Telecom began its 5G service in April 2019. Some teething troubles were expected and duly manifested themselves. However, despite airy promises to set things right, problems have persisted and many subscribers are complaining long and loud about slow data connectivity and over-priced, unreliable 5G services. SK Telecom’s lawyers are reserving their defence for the trial and say all will be explained in court.

Italy’s Competition Authority is to probe the agreement between national operator TIM and sports content streaming specialist DAZN, which won the rights to broadcast the prestigious Serie A football games for the 2021-2024 period and then struck a carriage deal with TIM, a move that prompted cries of ‘foul’ from the telco’s rivals. TIM issued a statement rebuking the various claims that its agreement in anti-competitive and, in particular, that it is making unfair use of the required “technical solutions” to offer DAZN content to TIM customers. The required technology is “available to all operators as long as they make the necessary investments,” it countered. For TIM’s full announcement, see this press release.

Samsung, AT&T, NVIDIA, Qualcomm and InterDigital have put their collective weight behind the latest effort to figure out what comes ‘beyond 5G’ by each agreeing to fund at least two projects for three years at the newly-formed [email protected] research centre at the University of Texas in Austin. “The advances in both wireless communications and machine learning over the past decade have been incredible, but separate,” said [email protected] Director Jeffrey Andrews, a professor in UT Austin’s Department of Electrical and Computer Engineering. “Coupled with vast new sensing and localization abilities, 6G will be defined by an unprecedented native intelligence, which will transform the ability of the network to provide incredible services.” Read more.

Samsung is to conduct Australia’s first 5G virtualized RAN (vRAN) trial on 26GHz, using an integrated mmWave solution for mobile and fixed wireless services with TPG Telecom. In the trial, Samsung will place its vRAN solution in TPG Telecom’s new Innovation Lab in Glebe, NSW, while the vendor’s latest 5G mmWave product, the Compact Macro, will be deployed in the wider Glebe area. Read more.

EE Up and By Gum! EE, the UK’s second-largest mobile company (and now a brand cosily nested within the enveloping feathery warmth of the incumbent operator BT) has announced the arrival of a wonderful new service and app that “pays” subscribers to watch advertising. The “EE Up” app, (an appellation shamelessly appropriated from the dialect of God’s Own County of Yorkshire) tempts users of the WeAre8 platform to view a range of brand videos and then answer “between one and three short questions”. By volunteering to do so, subscribers can get credit of “up to 20p” (please note the “up to” caveat) that will be credited to their EE Up wallet and the sum then applied to reduce their monthly bills. WeAre8, which describes itself as “The People’s Platform”, says its purpose is to “inspire, empower and enable 1 billion people to solve the world's biggest problems in 2 minutes a day. Everyday.” Users are “united by a mindset and a mission. We [WeAre8’s owners that is] believe that when brands value people, respect us and the things we care about, we can change the world together and have fun doing it.” Subscribers can sign-up via EE Up and are then sent a “personal link” that allows them to set the frequency and time of day they want to watch ads. Rates of payment are unclear but a generous one British penny in every 20 pence goes to a charity. Sue Fennessy, the CEO of WeAre8, commented, “We make it easy for brands to tell their stories to people in a way that guarantees attention and builds trust.” Welcome to marketing hell…

For those (including us) who had forgotten that Huawei is suing Verizon for patent infringement, here’s news that the jury selection process for the trial has begun in the Eastern District of Texas…

Another day, yet another report to the effect that use of a mobile phone can result in brain tumours. This one’s different in that it amalgamates and analyses the statistics of 46 earlier studies conducted in 16 countries around the world. The net result is the claim that using a mobile handset for 17 minutes a day over 10 years increases the likelihood of a brain tumour by 60 per cent. The research was a joint venture between the Centre for Family and Community Health at Berkeley School of Public Health in California in the US and South Korea’s National Cancer Centre plus Seoul National University. Quite a few of the many earlier studies have been controversial, not least because some of the research was actually funded by the mobile industry itself, which led to academics, activists and anti-cellphone lobbyists to question the impartiality of the results. Meanwhile, regulators, whilst welcoming the research, have been non-committal, with most of them saying the results have been unable to show a direct link between cellphone usage and cancers. For example, the stance of the powerful and influential US Food and Drug Administration (FDA) is that, "To date, there is no consistent or credible scientific evidence of health problems caused by the exposure to radio frequency (RF) energy emitted by cell phones.” The FDA adds that the US regulator, the Federal Communications Commission (FCC), imposes limits on RF that are “acceptable for protecting the public health." That’s alright then.