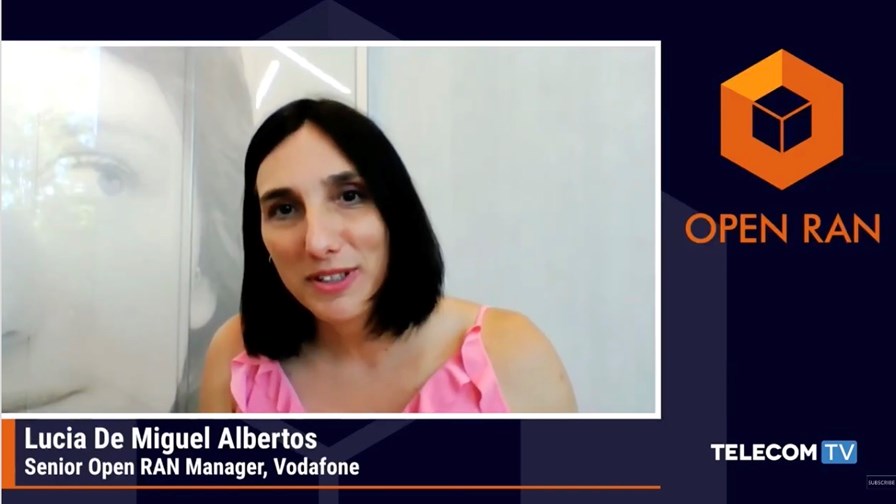 The growing levels of interest and involvement in the RIC sector will ultimately “democratise the RAN” and lead to the development of a RIC app marketplace populated with functions and services developed by different developers, according to a senior Open RAN executive from Vodafone.

Talking to TelecomTV for the Open RAN Summit that is running 22-23 June, Vodafone senior Open RAN manager Lucia De Miguel Albertos said the development of the RIC sector will help to open it up to third-party application developers that can contribute to a “real RAN app marketplace... a Google marketplace” for the RAN, she noted.

That’s needed, because currently, in traditional mobile networks, “radio resource management is dominated by a few players with proprietary solutions which clearly impacts innovation and competitiveness,” noted De Miguel Albertos. “On the other hand, we have RIC, which will provide RAN networks the openness to enable a wide multi-vendor ecosystem of applications that will implement basic and novel operations... RIC will also provide the analytics and AI/ML that are key to enabling an autonomous network,” she added.

The Vodafone senior manager is encouraged by the mass industry involvement in RIC developments, with many companies developing RIC platforms and the associated apps. “Vodafone is very motivated to see that the RIC is becoming a global trend, where more and more players want to participate and to create use cases, applications and platforms,” she says.

De Miguel Albertos admits that the standards are not yet mature and, as a result, operators can’t move to commercial deployments yet. But adds the operator is, “fully supported to improve this standardisation in the O-RAN Alliance, contributing to the different working groups, to define these open interfaces.”

De Miguel Albertos went on to discuss what operators should look for from the RIC platforms they select and how the app marketplace might develop. To watch the full interview with her, see Executive Interview: Vodafone’s Lucia De Miguel Albertos on the ultimate RAN Intelligent Controller.