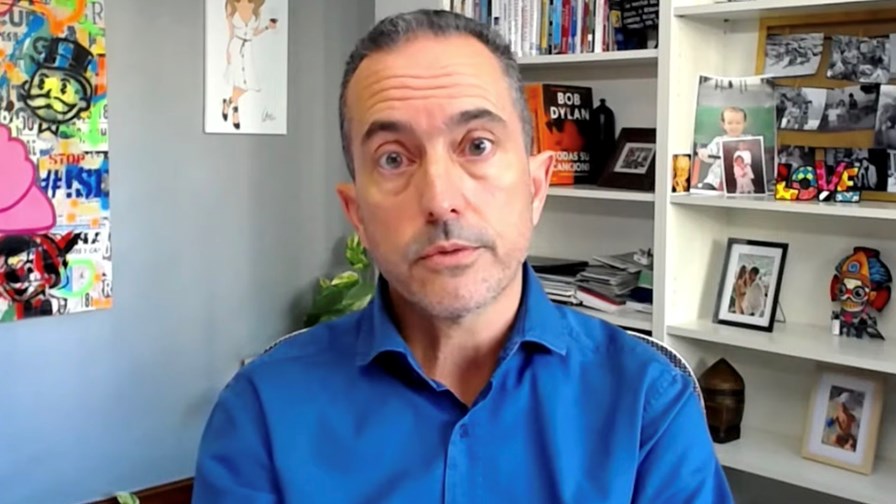 Yago Tenorio, a well-known figure in the telecoms industry for his roles as Vodafone Group’s Network Architecture Director and Chairman of the Telecom Infra Project (TIP), has bulked up his curriculum vitae by becoming Vodafone’s first Fellow, in recognition of his technical work at the operator, and also by being appointed as the Chairman of Lime Microsystems, a UK-based software-defined radio specialist with which Vodafone has been working as part of its Open RAN developments.

Tenorio became Chairman of Lime Micro in August this year and, he told TelecomTV in his executive Interview as part of our Open RAN Summit, that he is “very pleased and honoured to take that role.” (See Vodafone’s Yago Tenorio on Open RAN’s progress and potential.)

And that role is also being encouraged internally: Vodafone Group CTO Johan Wibergh told TelecomTV during a recent media briefing in London that the operator likes its “technical executives to gain business experience.”

So how are Vodafone and Lime Micro working together and how does his role as Chairman impact that?

Tenorio noted that Vodafone and Lime Micro are part of a consortium, with engineering and technology services specialist AWTG and the University of Surrey that have made a submission to the £30 million Future RAN competitionbeing run by the [UK government] Department of Digital, Culture, Media and Sport [DCMS], “so we're looking forward to seeing the result.”

He also noted that Lime Micro “is also a silicon vendor, and, as such, there are conversations ongoing between Vodafone and Lyme to understand the potential inclusion of the products into the roadmap of future products, and for the RAN, that we may use in our portfolio.”

Importantly, Tenorio added: “Since I was appointed as Chairman of Lime, I extracted myself from discussions. So, I wasn't part of the decision-making process that selected the companies that will build the consortium for DCMS admission. And I'm not part of the conversations [regarding] the roadmap or future products in Vodafone that may include Lime.”

Even so, the prospects for Lime Micro look healthy at Vodafone, though mostly because the two companies have already been working together for some time on the use of software-defined radio technology in Open RAN architectures, with the resulting CrowdCell technology (developed as a TIP project) being used by the operator in its early Open RAN trials.

And, obviously, Vodafone’s management wouldn’t allow one of its key executives to become Chairman of a company that it thought couldn’t deliver the tech it needs.

As you’d expect, the team at Lime Micro is pretty happy with the situation.

“Given the attention that Open RAN is receiving and knowing what [Tenorio’s] visions are, from my perspective this has been a significant advantage to our organisation,” Lime Micro CEO Ebrahim Bushehri told TelecomTV. “Yago’s leadership in the area is of enormous help to us, to steer this ship in the right direction.... I think we've got the best person in the area to help us in that kind of endeavour.”