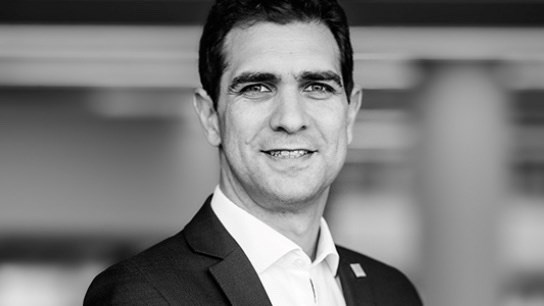 In an effort to understand exactly how a fully cloud-oriented mobile network architecture will function in the real world, Orange has deployed what it is calling Europe’s first 5G Standalone, fully end-to-end, experimental cloud network, dubbed Pikeo, in the Brittany region of north-west France.

And with Orange being one of Europe’s Open RAN cheerleaders, the network is based on an open, disaggregated architecture. (See Open RAN MoU operators publish their tech wish list.)

The network, which the operator outlined in March during its ‘Preparing for the Future’ virtual exhibition and which is set to live in July, will deliver services to a small number of Orange customers in the town of Lannion and, over the course of the next two years, ultimately deliver 5G services to several hundred users.

The operator’s Chief Technology and Innovation Officer, Michaël Trabbia (pictured above), hopes the experiment can “be a blueprint for the next generation of more efficient and digital networks,” and provide insight into what ‘zero touch’ networking can ultimately mean for a major communications service provider.

The completely software-enabled, cloud-native Kubernetes-based network will use AI tools to become fully automated, and inform Orange about the reality of zero-touch operations: Ultimately, according to Trabbia, Orange wants the staff who currently spend their time monitoring the network and reacting to alarms and trouble-tickets to become AI development experts who can improve the algorithms and help the network to become increasingly proactive, rather than reactive.

The deployment of the network is also another wake-up call for the industry’s traditional mobile network technology vendors, none of which are involved in the initial Lannion rollout.

For Pikeo, Virtual RAN software is being provided by Mavenir, which is supplying its MavAir suite of Open RAN software, while MTI is supplying the initial remote radios, though Orange tells TelecomTV that it is also in discussion with other radio vendors “for the next steps.” Casa Systems will deliver 5G SA Core functionality, Hewlett Packard Enterprise will pitch in with its 5G SA Subscriber Data Management software, Amdocs is supplying BSS tools, Dell Technologies will provide the servers and other hardware for the RAN Centralized Unit, Distributed Unit and Core, and the devices will come from Xiaomi.

These are all well-known companies, of course, with plenty of experience, but this is a new type of network that is still immature. “The technology is maturing quite fast, but it's not yet fully carrier grade – we still need to work on it,” noted Trabbia during a briefing with the media, adding that “we need to help the ecosystem to emerge, to help those players that are bringing virtual network function to the market, to support the Open RAN technology emerge into the real world and ensure interoperability between the players, because this is key… We are working with more players than we usually do, especially on the RAN side, and we definitely need to have a great effort on the integration to make sure they are working together.”

And as befits a cloud-native deployment, the operator is using a continuous integration and continuous deployment (CI/CD) approach as well as open source orchestration software (GitLab and ONAP, with which Amdocs has always been heavily involved), to provide automation and service management.

In 2022, Orange says the network will be deployed in other locations and start to test network slicing applications.

The end goal is to identify the best network architecture to be able to deliver ubiquitous, flexible and automated connectivity, explains Trabbia.

“If we look ahead to 10 years from now, our ambition is to deliver what we call ambient connectivity, meaning that connectivity should be everywhere, anytime,” noted the CTIO. “And this is something that is very challenging, not only to cover wide areas but also to have resilient connectivity. And we know how important this is, because connectivity becomes more and more vital, and we see that every day. So, to provide this ambient connectivity, we have two main elements: The first is on-demand connectivity, which adapts to the service, to the user, to the specific situation of an area you need to cover; and the other element is what we call the zero-touch network, meaning that the network will be autonomous and will be auto-adaptive to the traffic and be able to repair itself – this is where we will leverage automation and AI, and this will be a radical change in how we operate our network,” concluded Trabbia.