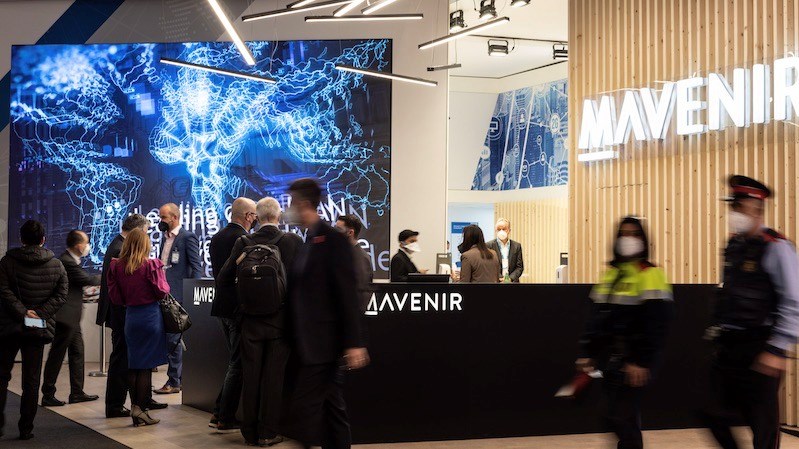 Mavenir has raised $155m in a new round of funding that, it hopes, will enable it to become the lead partner and full network systems supplier to network operators that want to engage with a single vendor for their next-generation networks rather than turn to a systems integrator or handle the supply chain challenges themselves.

The new funding doesn’t come from either of the company’s two current largest investors – private equity firm and majority stakeholder Siris Capital Group and significant minority stakeholder Koch Strategic Platforms (part of Koch Industries) – but from a financial backer who prefers to remain anonymous and has the blessing of the main shareholders.

The new capital injection comes only weeks after Mavenir arranged a $95m loan to help fund its R&D activities and growth “in the radio space, as we expand our R&D and other functions in radio”, the company noted at the time – see Mavenir takes out $95m loan as radio R&D costs ramp up.

The move, and the reason for it, was a sign that Mavenir was altering its strategic course.

Currently, Mavenir is a provider mainly of software systems to network operators, with its portfolio ranging across the IP multimedia subsystems (IMS), core platform and virtualised radio access network (vRAN), with developments in the latter area focused very much on Open RAN architectures, a nascent sector in which Mavenir is one of the leading vendors.

But in recent years it has branched out into the hardware industry, developing its own radio units for Open RAN deployments, a move it took because it felt it couldn’t find the independent radio unit partners it needed to match the capabilities of its vRAN software and to deliver against the wide range of radio bands used by operators across the world, noted Mavenir’s president and CEO Pardeep Kohli during a conversation with TelecomTV.

That move resulted in the launch of the vendor’s OpenBeam range of Open RAN radio units earlier this year; those radios are now even being made locally in some markets to meet specific requirements – see Mavenir Announces 2G, 4G and 5G Open RAN radios made in India.

But how does a mid-sized vendor such as Mavenir engage with network operators to supply its software and radio elements? Currently, it either works direct with an operator, which pulls together the best-of-breed software it needs and gets a systems integrator to source the required hardware and stitch it altogether (or the operator does everything itself), or Mavenir plays the role of a junior supplier and engages with an operator via a primary contractor.

Kohli noted that greenfield operators, such as Dish Network in the US that has built a new Open RAN 5G network, are going down this route. But the majority of brownfield operators that are used to engaging with one of two major vendors, such as Nokia and Ericsson, that can deliver everything they need in a pre-integrated stack, are less confident and keen about doing it themselves or having to engage with a major integrator, and that’s currently making it difficult for Mavenir to engage and win deals with a lot of operators.

“So for a company like us to succeed, we need to offer an end-to-end package – we need to provide the same level of confidence that operators get with their current vendors,” said Kohli.

That involves becoming a company that an operator can turn to as the lead technology provider to supply the necessary hardware, best-of-breed software and help the operator to deploy it all, which means Mavenir is going to have to order, stock and supply hardware systems, such as servers, and that takes money, time and resources.

“To get that model to work, we need new working capital… we have some key customers that only want to work with end-to-end suppliers,” said the CEO, so the new funding is mainly to enable Mavenir to engage with the supply chain and allow it to pay suppliers and hold on to inventory before getting paid by the network operator customers. “And we need to do this now, because to get the hardware for the radios and servers you need to purchase up to 12 months in advance,” noted Kohli.

There’s also a certain level of extra staffing that will be needed to support this new approach, though much of the support that operator customers will need comes from local sub-contracted teams for integration and deployment work. The CEO said Mavenir currently has about 1,500 professional services staff on its books and this will rise to about 2,000, but while those extra staff are sourced and hired, the company has enough specialists to move around to deal with any customer requirements.

“But the biggest issue is dealing with the supply chain and building up hardware inventory,” stressed Kohli.

The CEO said there are some end-to-end deals in the pipeline, including one in India that is due to be announced soon, as well as a small engagement already underway at Triangle Communications in Montana, which is replacing Huawei gear with Mavenir’s Open RAN and packet core systems.

Kohli said Mavenir’s aim is to continue to deliver open, multi-vendor systems and that the company will work with whichever partners and suppliers respond with the best solutions to its requests for information. ‘We can work with anyone – Dell, HPE, Kontron, Supermicro, Red Hat, VMware – and of course if an operator has a preference, then we’ll go with that, but it won’t be a fixed stack like the operators get from Ericsson and Nokia,” boasted the CEO.

That Mavenir has been able to raise the capital suggests there is a pipeline of business the vendor is ready to tap to help move it closer to the $1bn annual turnover mark. Kohli said the company generated revenues of $636m in 2021 and has a goal to grow that by about 20% this year, which would take its sales to around the $750m mark. “The fourth quarter is always the key one,” noted the CEO. Much of the company’s sales growth these days comes from its packet core platform and from the RAN products, which are set to account for about $150m in sales this year.

And, as you’d expect, Kohli is bullish about the prospects and capabilities of Open RAN. “We’ve done a lot of catching up in recent years to develop 2G, 4G and 5G Open RAN. Now I believe we have reached parity with traditional systems in terms of the KPIs [key performance indicators] and now we plan to build more value so that we’re not replacing like for like but replacing like for better.”

Such an assessment, of course, will be meaningful to the market when it comes from an independent source rather than an Open RAN vendor.

But clearly the vendor’s investors, including its latest backer, have faith it can deliver. Now Mavenir needs market evidence and contracts to back up its bullish approach to the market.