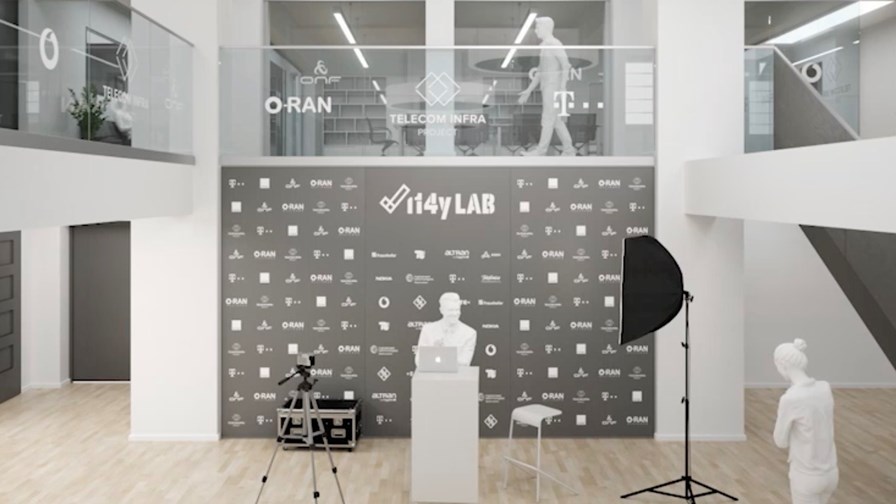 Keen to back up their words with actions, four of Europe’s biggest telcos have put their names and resources behind two new collaborative lab facilities, one in Germany and the other in France, dedicated to Open RAN R&D.

In Germany, a consortium comprising the country’s three biggest network operators – Deutsche Telekom (lead role), Telefónica Deutschland and Vodafone Deutschland – and a group of vendors, researchers and test specialists have set up and are funding a new ‘open’ lab, dubbed i14y, that aims to accelerate the development of Open RAN and other disaggregated network architectures.

In France, the Orange Open RAN Integration Center, based at Orange Gardens in Châtillon, near Paris, has a host of vendor partners but doesn’t involve any other network operators: It has been granted Open Testing and Integration Center (OTIC) status by the O-RAN Alliance.

Starting in Germany... The i14y lab, which is already up and running at Deutsche Telekom’s Innovation Campus Winterfeldtstraße, is being funded by a €17 million grant from the German Federal Ministry for Transport and Digital Infrastructure (BMVI), a sum that will be matched by investments from the consortium during the next three years.

In addition to the three operators, the i14y consortium also includes:

According to DT, the lab will have close ties with a number of relevant industry organizations, including the OCP (Open Compute Project), ONF (Open Networking Foundation), ONAP (Open Network Automation Platform), the O-RAN Alliance and the TIP (Telecom Infra Project). Some of the early deliverables for the lab might be as the host for multivendor interoperability plugfests organized by the O-RAN Alliance and TIP.

Open RAN integration and interoperability testing will be the initial focus of the lab, with the aim of developing an “environment for end-to-end integration and performance testing and ultimately a market-ready certification,” noted DT. Ultimately, the aim is to make the lab’s capabilities available remotely via open APIs, in effect developing a Lab-as-a-Service, a move that would make it easier for the initial Berlin location to interact with i14y satellite facilities in Düsseldorf and Munich that are managed by Telefónica and Nokia.

For the consortium partners, the i14y lab is part of the broader effort being undertaken by the signatories to the Open RAN MoU that was struck at the beginning of this year by Deutsche Telekom, Orange, Telefónica, TIM (Telecom Italia) and Vodafone: Those operators shared their Open RAN tech wish list in May and have pledged to do what they could to accelerate Open RAN developments and help to develop a European hotbed of next-generation networking innovation. As such, the lab is of “outstanding importance for the rapid development of a German and European ecosystem of system component providers, software suppliers and system integrators,” according to Deutsche Telekom, which is also progressing its own disaggregated mobile network plans with field trials in Neubrandenburg, which has been dubbed ‘O-RAN Town’ by the German operator giant. (See DT builds out its O-RAN Town, demos multi-vendor 5G slicing.)

Interestingly, the move comes only days after German MVNO 1&1 noted during its third quarter earnings announcement that it was due to start constructing its greenfield, Open RAN-based 5G network, with help from Rakuten Symphony,before the end of this year.

In France, Orange is the only operator but is joined in its OTIC by a host of partners, namely:

Again, the focus is on enabling multivendor interoperability: Orange says that after years of being focused on technical specifications, it is now targeting the “development of interoperable, multi-vendor Open RAN technical solutions,” and it’s notable that as well as Nokia, Samsung is also involved as a RAN partner for the lab, which will also be accessible remotely.

“With the creation of an Open RAN Integration Center, open to our partners worldwide, we want to accelerate the development of an open, intelligent, cloud-based RAN and create a rich Open RAN ecosystem in Europe. From 2025 onwards, our ambition is to deploy only Open RAN equipment across Europe " said Orange CTO Michaël Trabbia.

The work being undertaken at the labs in Germany and France is, of course, of vital importance to the development of the Open RAN sector in Europe, but as a TelecomTV poll conducted during our recent Open RAN Summit showed, while integration efforts are deemed to be of sigificant importance, overall total cost of ownership (TCO) models for Open RAN are what the industry would like to know more about. (See Open RAN community needs to focus on TCO models, RIC development: Poll results.)