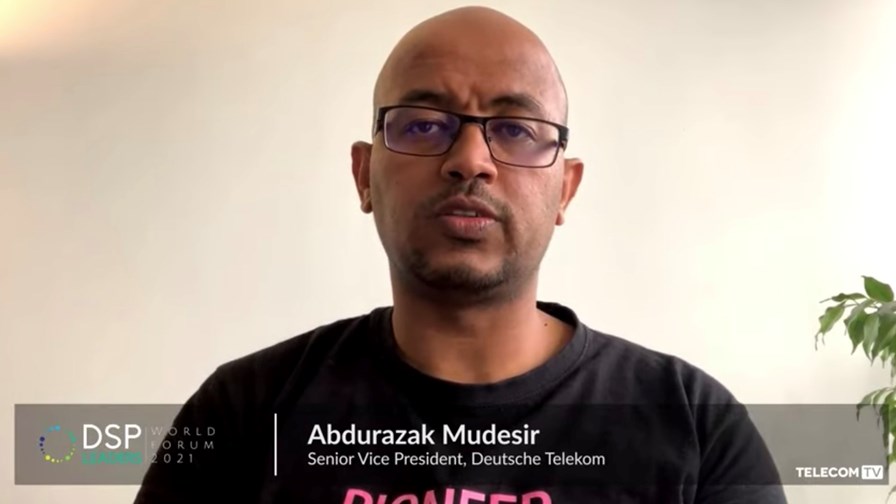 The need for greater automation is a key reason why Deutsche Telekom is throwing its weight behind Open RAN developments, a senior executive at the operator noted during this week’s DSP Leaders World Forum.

Abdurazak Mudesir, Senior Vice President of Service & Platform at Telekom Germany, and Head of Open RAN at the Deutsche Telekom Group, noted during his DSP Leaders Address interview that the German operator is testing Open RAN in its labs and will have a “significant” deployment near Berlin later this year. He says that will give it “hands-on experience” of how an Open RAN networks behaves when running live customer traffic.

He added that Open RAN developments are important to the operator because it is “facing the same challenge as our peers... We have very few big vendors that are driving the telecom network. We have very complex networks to operate. Therefore, we are transforming our networks towards more open cloud-based, cloud-native networks that are simpler and automated… that's at the centre of our disaggregation initiative – to make sure that the hardware and software separation, and the functional separation, that we introduce allow us to automate our production network. And this is across the entire network spectrum, not only the access network,” he added, noting that Deutsche Telekom is in the process of automating its IMS-enabled processes and has started the deployment of disaggregated fixed access network systems as part of its Access 4.0 initiative.

Deutsche Telekom has, of course, teamed up with some of its operator peers to encourage the development of a broader and stronger European Open RAN ecosystem via a Memorandum of Understanding (MoU) on The Implementation of Open RAN Based Networks In Europe. Mudesir noted that Europe is “lagging behind” other regions in terms of Open RAN developments and that more support is needed from governments to create a “conducive environment for startups to do testing… we have seen strong traction from the European Commission as well as national and regional governments” to support the initiative, he noted.