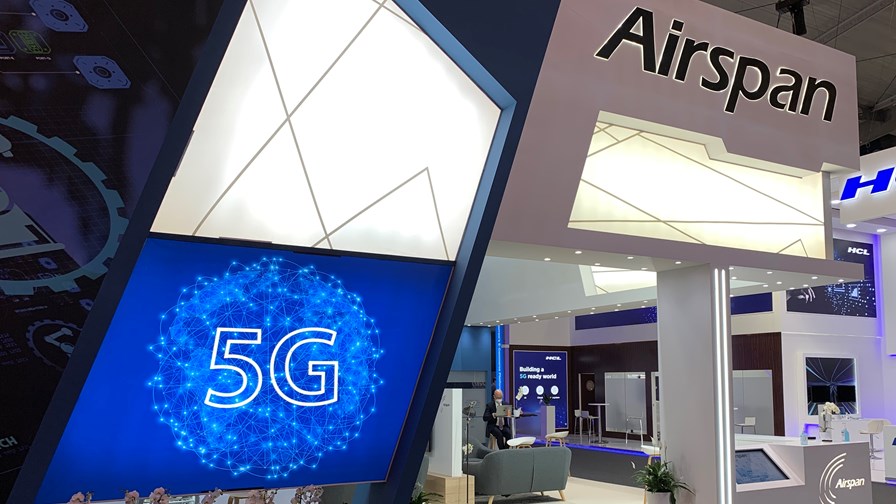 If the full year financial report of RAN equipment vendor Airspan tells us anything, it’s that the networking equipment sector’s on-ramp to attractive, profitable growth can quickly morph into a challenging slog to flat sales and negative earnings.

Airspan is an innovative, competitive radio access network technology vendor that is riding the wave of growing interest in, and demand for, open and disaggregated networking technology: But it’s also an example of a company that is taking a short-term hit from ongoing supply chain challenges and a less than stellar flow of purchase orders for open and virtual RAN systems.

Airspan became a listed company (again) in August 2021 courtesy of a merger with a SPAC (special purpose acquisition company) which, at the time of the merger, commanded a $10 share price on the New York Stock Exchange. In the lead up to the merger, Airspan’s business was growing and its pipeline looked healthy, with the company predicting full year 2021 revenue growth of 47% to $254 million and estimated EBITDA of $21 million for the year: It expected to be valued at about $820 million at the time of its listing.

The big problem for Airspan currently appears to be its ability to fulfil orders, and it sounds like those issues are not going away. The company notes in its full year earnings announcement:

“Demand for our products is strong, though supply chain challenges are still leading to increasingly long lead times. We continue to work hard in a number of ways to mitigate these challenges, finding alternative components, instituting multiple technological design changes and working closely with our partners. In this environment supply chain pressures center primarily around component availability, higher spot purchase prices for hardware components and increased shipping costs. While we have begun to pass some of these expenses on to customers through price increases, we expect the increased cost impact of components and freight to continue. We anticipate such supply chain challenges to extend through 2022.”

That’s a massive problem and likely one of the reasons why Airspan’s share price currently sits at $2.64, giving the company a market value of about $188 million.

But it’s not all doom and gloom.

Airspan has more than 1,000 customers, including major, influential names such as Rakuten Mobile, Telefónica, Turkcell, Reliance Jio and SoftBank: The latter two are also investors, alongside Qualcomm, Dish Network and Foxconn. Its target markets – wide area mobile networks, fixed wireless access (FWA) and private wireless networks (it has already had its tech deployed in 80 private networks) – are all growing, and many countries and regions have 5G and Open RAN initiatives that include R&D and network deployment investment plans.

The vendor claims its current “project funnel” (business it is actively chasing) is worth $3 billion, and encompasses mobile operators, cable operators that acquired CBRS spectrum licenses in the US, enterprises planning private wireless network deployments, FWA-based ISPs and aviation/military network rollouts. And it has been partnering with some big names recently, including private network tie-ups with HPE and with Cisco, among others.

“We are seeing an explosion of interest in enterprise 5G private network solutions,” noted the company’s CEO and now also Chairman Eric Stonestrom. “In conjunction, we recently announced several key partnerships and working relationships with some of tech’s most admired companies, while at Mobile World Congress. These partnerships include Amazon Web Services (AWS), Cisco, Dell, HPE and Qualcomm, as we ramp up our private networks capabilities and portfolio.”

And its customer diversification has improved significantly in recent years, with its top three customers accounting for 63% of sales in 2021 compared with 69% in 2020 and 91% in 2018, though that’s clearly an area that could still do with further progress.

But it has significant short-term hurdles to overcome. It expects first quarter revenues to come in at just $38 million and a gross margin of 32% for the quarter, compared with a gross margin of 44% for the full year 2021. “Both figures were impacted by significant supply chain costs and challenges from COVID-19 restrictions in Asia,” notes the vendor. Meanwhile, of course, it has significant competition in its target markets and the Open RAN sector, while growing, still accounts for only a few per cent of the overall market.

Airspan, and its investors, will be hoping those supply chain issues clear up sooner rather than later in the year: Stonestrom certainly has his work cut out.