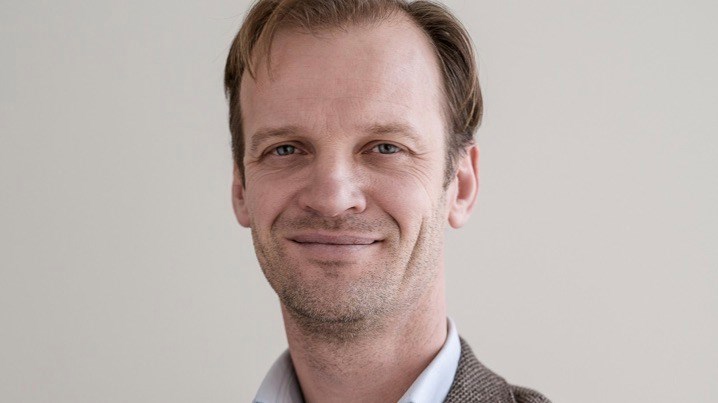 Accelleran has added support for 5G standalone to its cloud-native Open RAN management software suite, dRAX, including what the company’s CEO calls a “truly productized RIC… not a reference or open source design that people are using today.”

The Antwerp, Belgium-based startup, which recently raised €6.8 million in a Series B round of funding, is seeking to ride the wave of increasing interest in Open RAN architectures among network operators. And, of course, it’s European, which puts it right in the spotlight for the quintet of major operators – Deutsche Telekom, Orange, Telefónica, TIM and Vodafone – that are looking to bolster the region’s Open RAN ecosystem.

And whereas many of the other specialized companies in the Open RAN sector right now are focused on virtual RAN software or remote radio products, Accelleran is focusing its attention on the software elements that manage an Open RAN deployment – the “control and resource management functions,” including the RAN Intelligent Controller (RIC), service orchestration software and the control and user plane software for the centralized unit (CU).

And everything has been developed for microservices deployments, notes CEO Frédéric Van Durme (pictured above). “Our code is suited for embedded environments and applies to edge and cloud-based scenarios. The architecture is microservice-based from the ground up… we're just not putting software in virtual machines. The software is scalable, so we can go from private networks to major networks to IoT networks. And we are religiously adhering to open architectures – open interfaces are respected and interoperability is assured [to enable] best-of-breed componentry rather than end-to-end solutions,” he says.

So this is all great in theory, but how does it all work in the real world? While everything should be open and interoperable, Van Durme says the sector needs pre-integrated sets comprising multiple, interoperable components to make integration and adoption easier. “It may be contradicting openness, but we need pre-integration… we need blueprints and turnkey deployments, certainly in the early phases of the markets… the integration of the disaggregated [elements] is a key success factor” in Open RAN’s early days, says the CEO.

This is a contradiction that, understandably, is being raised as a red flag by many in the industry: Isn’t pre-integration likely to lead to proprietary combinations of elements that negate some of the key stated benefits of Open RAN?

“Our components are containers in an IT environment. If standard interfaces are respected, integration, should be a breeze. Now, of course, I'm overstating this,” laughs the CEO, who notes that the key to making this work is the willingness of the industry to ensure that each RAN component needs to have open interfaces. And he admits that this I easier said than done: “The interfaces need to be respected – the people that understand RAN complexities know this is not easy… but we need to keep on pushing and demystify the elements.”

Van Durme says this is possible, that the willingness exists: He points to the SONIC initiative in the UK that is aiming to broaden the supplier ecosystem for UK network operators and “examine the reality of Open RAN”. Accelleran has been part of a multivendor effort there along with the likes of Mavenir, Radisys, Benetel, Phluido, Druid, Effnet and Foxconn.

Now the CEO and his team can bring support for 5G to SONIC and other engagements. The company has been promoting a 4G version of dRAX for a while now, but the new release adds support for 5G across the service management and orchestration software, the centralized unit software (control and user plane, an xApp developer platform and, of course, the all-important radio access network intelligent controller (RIC), the brains of an Open RAN architecture. (See Accelleran’s 5G dRAX cloud-native Open RAN software now available.)

“The essential piece is the RAN intelligent controller… we have a truly productized RIC… not a reference or open source design that people are using today mostly. This is fully productized and deployable and able to master and contain near real-time, and non real-time data acquisition,” says the CEO, who also extols the full cloud-native virtues of the software the company has developed (DevOps, CI/CD, “religiously” open interfaces for third party applications, and so on).

So where does Van Durme think Accelleran can make a name for itself? How can it gain a foothold in the market?

He thinks the optimum early opportunity is in private networks for enterprise users. “We’re not neglecting neutral hosts or mobile operators, but private networks have faster potential because they are mostly greenfield and enterprises understand these kinds of IT deployments” based on cloud-native applications running on standard servers: “It’s another set of Docker containers to deploy,” and that’s already well understood by enterprises and integrators.

And where will these opportunities arise initially? “We’re following the spectrum,” notes the CEO, referring to the markets such as Germany and the UK where spectrum has been reserved for private wireless network deployments and, of course, in the US with CBRS spectrum for 4G services.

As for network operator engagements and relationships, Van Durme says he is restricted by NDA agreements, as he is for identifying systems integration partners at present, but notes that he hopes to share more information in the coming months.