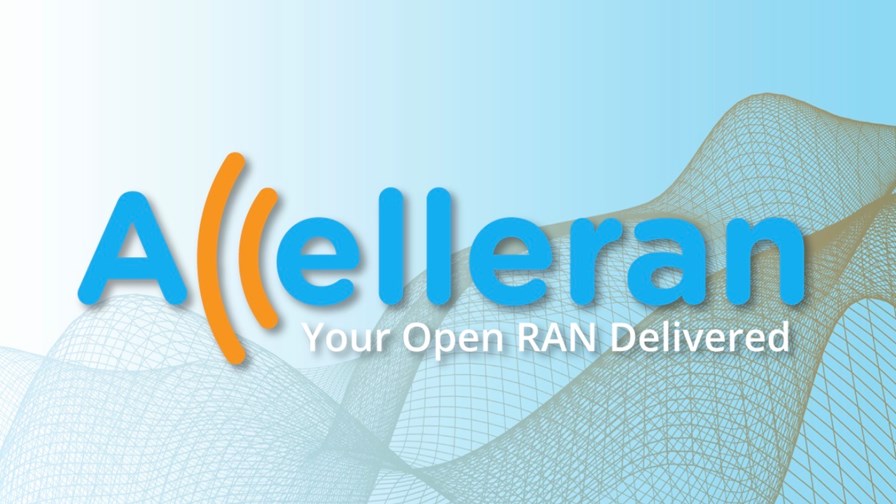 Some funding for a European Open RAN startup, some co-investment in the European towers market and the latest negative news for Chinese vendors Huawei and ZTE are at the front of today’s news queue.

Belgian Open RAN software specialist Accelleran has raised €6.8 million in a Series B round of funding led by Cogito Capital Partners, with participation from Qbic, Capital-E and AAAF. “From its inception, Accelleran has been a pioneer in applying cloud-based virtualization software architectures to mobile telecom, what is now commonly known as Open or Virtual RAN,” stated Frederic van Durme, CEO of Accelleran. “The new financial backing and domain expertise of Cogito and Qbic, and the continued support of Capital-E and AAAF, will allow us to realize our mission to become a global, independent provider of mission critical software components for the RAN.” Among its portfolio of products is dRAX, which comprises management and orchestration components such as the RAN Intelligent Controller (RIC), the intelligent heart of an Open RAN deployment and the focus of much R&D effort in the industry currently. For more on its fund-raising, which will be used to expand operations, see this announcement.

American Tower, which recently announced an aggressive expansion into Europe with the €7.7 billion acquisition of Telefónica’s towers unit, has brought a joint investor on board to ease the financial burden of that sizeable takeover. Investment group CDPQ (Caisse de dépôt et placement du Québec), is buying a 30% stake in ATC Europe in a deal valued at more than €1.6 billion and which implies an enterprise value of more than €8.8 billion for ATC Europe, which will have almost 30,000 tower sites in Europe once the Telefónica deal is completed. “The transaction will position American Tower and CDPQ to jointly benefit from sustainable, long-term secular wireless growth trends in select European markets as 5G deployments and demand for communications infrastructure accelerate.,” noted American Tower in this announcement. The towers giant is also issuing 8.5 million new shares to raise additional funds, a move that put pressure on its share price, which was down by more than 1.2% to $245.74 in early trading on Wednesday.

Huawei and ZTE have been excluded from planned 5G tests authorized by the Indian government, according to Reuters. Ericsson, Nokia and Samsung will participate in 5G trials with Bharti Airtel, MTNL, RJio and Vodafone Idea. Tensions between India and China will not be helped by this decision, naturally.

In the UK, the national telco, BT, is to provide half-price fibre broadband connectivity to households that are in receipt of Universal Credit, a government payment made to those who are either unemployed, unable to work or on low incomes. Currently more than 4 four million homes fall within those categories, but the number could rise quickly once payments to those who have been on furlough income during the Covid-19 pandemic lose them when the scheme is withdrawn at the end of summer. Those on BT's "Home Essentials" package will pay £15 per month for a basic 36 Mbps connection. The price for the same service for those not on Universal Credit is £32.99 a month. BT has long agreed with analysts and the media that broadband access is now a fundamental and necessity for all in a digital world and with the offer is placing social responsibility and basic humanity before profits. The CEO of BT's consumer division, Mark Allera, said he hopes "Home Essentials" will help millions of Brits who are trying to stay afloat as the high tide of the pandemic appears now to be on the ebb. BT is not the only service provider offering reduced rate broadband. For example, Virgin Media provides a 15Mbps connection for £15 a month but only to those subscribers who are already on Universal Credit. It is not clear if the same deal will be made available to those new applicants for Universal Credit that may become evident when the furlough system ends. Meanwhile, Vodafone offers a 63Mbps package at £22 a month and Plusnet has a new Universal Credit-based deal on offer; 66Mbps at £24.99 a month.

In the US, a report by Chicago-based CommonSpirit Health on the effects of connected telehealth services across 21 different states during the pandemic throws up some interesting statistics. One and a half million virtual visits to doctors or hospitals across 1,400 locations that took place between March 16, 2020 and April 2, 2021 were analysed. The report shows that, thanks to the increased use of telehealth services, 37,440,731 car miles were not travelled and 1,678,956 gallons of fuel were not burned, which was not only a boon to the environment but saved the expenditure of US$3.509 million on pollutant petrol. Furthermore, by accessing healthcare online, patients saved themselves 923,276 hours of languishing – anxious, masked and sweaty – in waiting rooms. Overall, some 15,100 tons of carbon dioxide emissions were not pumped into the atmosphere, which is the equivalent of saving 18,490 acres of woodland – that's bigger than Bill Gates's garden.