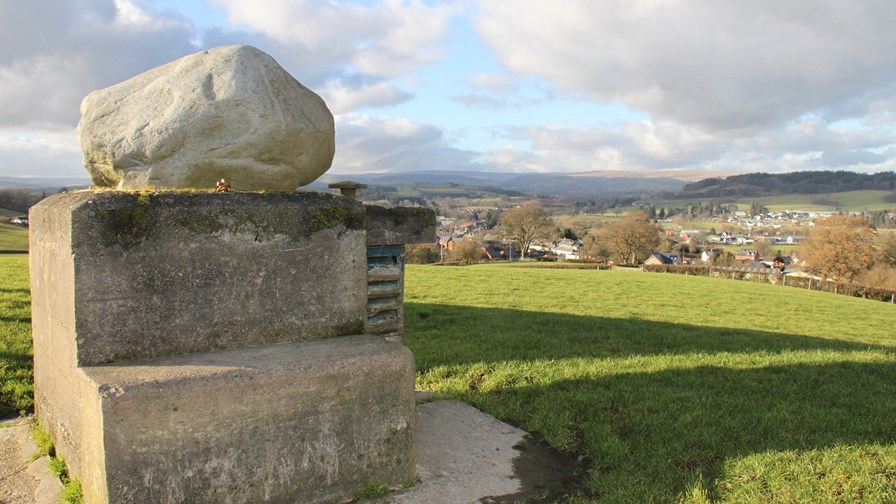 Vodafone has finally given OpenRAN its UK debut, with the first site going live in bucolic Mid Wales.

It's an interesting choice of location. Vodafone UK often tries out new technology at its Newbury headquarters, home to its UK technology hub and a fairly brief train ride from London. In contrast, scenic Builth Wells, home to the Royal Welsh Showground, doesn't even have a Vodafone shop.

There is logic behind this decision though. Vodafone – like others – has positioned its OpenRAN deployment as lowering the cost of closing coverage gaps. The idea being that off-the-shelf hardware running open source, virtualised network functions is cheaper than the traditional, proprietary way of doing things. It makes sense then to try out this new technology where it is most needed. With that in mind, the operator said it will get to work on identifying other rural communities that could be covered more cheaply thanks to OpenRAN.

There is a passing similarity here to Orange's approach. The French incumbent recently announced it will roll out OpenRAN in rural areas of the sparsely-populated Central African Republic.

"This new approach has the ability to make us less dependent on current larger technology suppliers, and find ways to reduce the cost of rolling out mobile coverage. OpenRAN can also help close the digital divide between urban and rural Britain," said Scott Petty, CTO of Vodafone UK, in a statement.

"It's great to see the UK's first OpenRAN site switched on here in Wales, and in a rural area," added Lee Waters, Deputy Minister for Economy and Transport. "It will bring improved connectivity, not only for the showground but also for the wider community. It can only be of benefit to open up the network to more suppliers and I welcome this development."

Another reason Vodafone might have picked a Mid Wales market town rather than an urban area is because there may still be a few lingering questions hanging over OpenRAN when it comes to scalability and reliability. A smaller population means fewer devices trying to connect to the cell site all at the same time. Furthermore, it will also inconvenience fewer people if something goes wrong with the network.

As mentioned earlier, by broadening the choice of supplier, OpenRAN promises to put downward pressure on prices. Having said that, the same names seem to keep cropping up in the OpenRAN supply chain. In this case, network software provider Mavenir – which appears to have been helping with Vodafone's OpenRAN project since the get-go – is once again involved.

Nonetheless, the aim is to lessen the dependence on the likes of Ericsson and Nokia and stimulate competition.

Then of course there is Huawei.

As it stands in the UK, operators have been given until 2027 to remove Huawei equipment from their 5G networks. Vodafone UK is a Huawei customer, and has a job on to rip out and replace some of its 5G kit. While Vodafone's OpenRAN rollout is initially focused on 4G, it doubtless has an eye on how the technology's deployment costs might take some of the sting out of replacing Huawei's equipment, and lower the overall deployment cost of 5G.