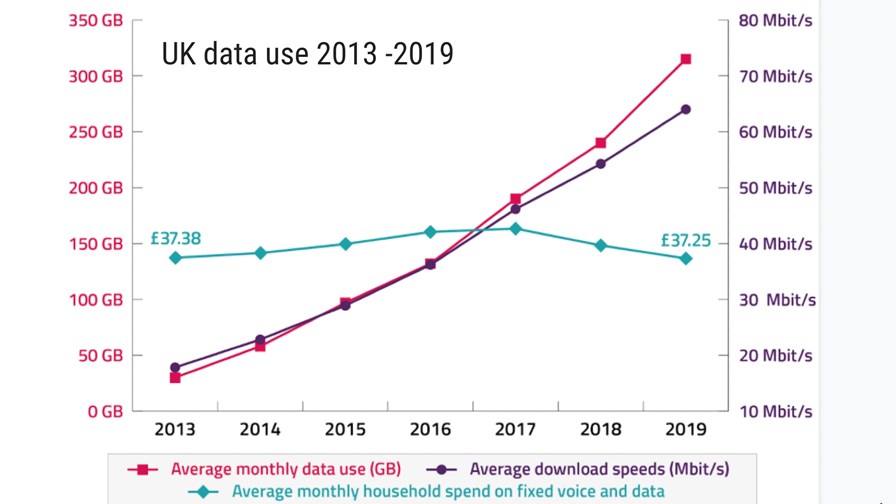 The sheer size of Ofcom’s ‘Statement: Promoting investment and competition in fibre networks – Wholesale Fixed Telecoms Market Review 2021-26’ makes Leo Tolstoy look like a weekend scribbler: in fact ‘War and Peace’ wouldn’t be a bad alternative title for this seven-part behemoth whose size and scope alone makes the case for just how important the highly anticipated report is. The hope is that it will set the tone and underpin a framework for fibre building in the UK, ending once and for all the hand-wringing over the country’s fibre deficit and doubts over the ‘digital readiness’ of its economy as a whole, just when it has cast itself adrift from the EU and, like the rest of the world, is poised to feel the impact of a post pandemic financial and business shock.

Getting the balance right

The core decision is simply stated. Ofcom thinks (hopes) it has come up with a set of guarantees for broadband network builders that mean they can invest further in fibre access - which has been booming over the last couple of years - safe in the knowledge that, amongst a range of more minor corrections, future price controls won’t up-end their business model calculations.

Providers on both sides of the fence are on-board with the new approach. “This is good news for all fibre providers in the UK and it’s the green light we’ve been waiting for to get on and build like fury,” BT’s Chief Executive Philip Jansen, is reported as saying. “Full fibre broadband will be the foundation of a strong BT for decades to come and a shot in the arm for the UK.”

CityFibre’s CEO, Greg Mesch, is similarly fired up by the new regulation, saying it will promote and protect the infrastructure competition that is enabling Britain to go full speed ahead for Full Fibre.

“It will inspire confidence and unleash a decade of innovation and investment from competitors like CityFibre, rebalancing market share away from incumbents,” he predicts.

Ofcom says it expects “not to introduce cost-based prices for fibre services for at least the next ten years". So it will maintain pricing flexibility for Openreach’s fastest services but with entry-level superfast prices kept flat in real terms. At the same time it intends to support copper network upgrades to fibre.

Ofcom intends to build on the existing fibre-building momentum while ensuring that consumers are protected from high prices.

It believes “this approach will lead to properties in around 70% of the UK having a choice of networks from competitive commercial rollouts. Openreach has committed to deploy full fibre to a further 3.2 million properties (10%) in more rural areas. And the Government plans to cover the remaining 20% of the country through public funding, to help ensure nobody gets left behind.

Long time observers of Ofcom say the regulation holiday approach is a major change. “It’s quite something for Ofcom to have gone from regulating for a 3 year period, to offering this level of certainty,” says Matthew Howett, Principal Analyst and Founder at Assembly, a UK consultancy.

“The ability of networks to raise wholesale prices significantly for the faster, unregulated products is constrained by the fact that people can choose the entry-level service as an alternative,” Ofcom points out. It will also allow Openreach to “charge a bit more” for regulated products that are delivered over full fibre instead of copper. Ofcom says this reflects the fact that full fibre is consistently faster, and much more reliable, than copper-based broadband.

But eventually, after 10 years, price regulation may have to swing into action if providers are judged to be abusing what may sometimes be local fibre monopolies and are pushing their pricing way ahead of underlying costs. As usual, the Ofcom preferred approach is the well aimed and nuanced ‘nudge’ rather than the heavy-handed series of regulations.

In this case it might have got things just about right, according to Kester Mann, Director, Consumer and Connectivity at CCS Insight.

“The UK’s over-reliance on using dated copper lines for 21st century connectivity has held back its aspirations to become a world-leading digital economy. Today’s news sets fresh conditions to help accelerate full-fibre broadband deployment to help the UK move out of the slow lane,” he says. “This was always a delicate decision for the regulator which had to tread a fine line between encouraging long-term investment and maintaining fair competition. It may have got it about right.”