Private wireless designed to offer the ‘best of both worlds’ 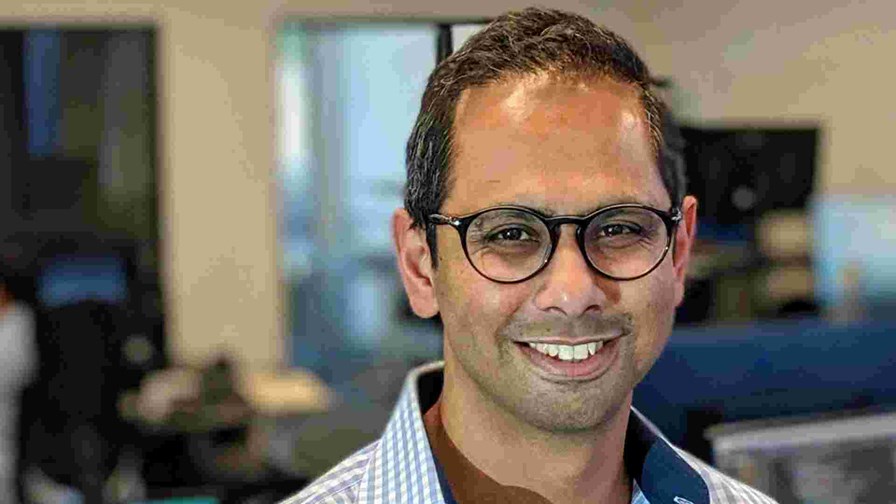 Its focus is to bring private mobile networks to the enterprise, says Rajeev Shah, CEO and founder at Celona. It’s not a new or particularly ground-breaking idea – many companies claim to be aiming at something similar. But Celona claims it’s bringing a new approach.

It wants to provide, or have partners provide, a next gen private cellular network arrangement that exploits the properties of LTE/5G - particularly its deterministic quality-of-service abilities - with the bottom-up ease of deployment which makes Wi-Fi attractive in the enterprise. This is cellular without requiring the expertise needed to set up and manage a full-blown cell network, and it is, to quote the Celona blurb, “a very different approach than that taken by the  Ericssons/Nokias of the world.” So far, so straight-forward.

“Our team is this combination of wireless geeks from both the worlds - cellular and enterprise,” says Rajeev Shah, “and we think that if this can be done right, then we can make this concept of predictable wireless - which has been an oxymoron inside the enterprise for the last few years - a reality at last.“

Rajeev says that the thing that’s making the two sides cohere this time is the emergence of 5G. “We really do believe that it's a pretty revolutionary technology.” Because 5G might be the first cellular generation that has been developed with the enterprise in mind it is bound to have a real impact.

“If you think back the last time the enterprise got some spectrum reserved for it, it was Wi-Fi back in the early 2000s. Since then they really haven’t had access to a meaningful amount of spectrum with a new available technology to go with it.

Customers, he claims, tell him that Wi-Fi is great but it does have a few limitations for some critical use cases.

“But now 5G with private spectrum is going to lead to the whole automation revolution.”

Rajeev says he and his partners think this market needs to be approached with real focus. “You can’t just scrape together technologies designed from elsewhere and get away with it,” he claims.

“But now, with 5G, cloud and AI we can build the system from the ground up and get rid of so much friction.”

He says the customers don’t think of Wi-Fi and private 4G/5G as an either/or. They think of more and more stuff going wireless and they feel they need every tool in the toolkit to make it work. So there’s no talk or thought of the two merging somehow into one network. In any case, says Rajeev, there are fundamental differences in the way the technologies have evolved that make them suited only for their particular set of network applications. The two network technologies will run side by side inside the enterprise.

One of the best ways to illustrate how the two worlds come together is to reference slicing, Rajeev says. “5G has a powerful network slicing capability while we have what we call microslicing which we think is our most critical idea to date. When we talked with enterprises about networks we realised that they already have a form of slicing they just call it VLAN and ‘User Groups’ on their policy servers. So with microslicing we married the best of the two worlds. When the customers tell us what they want per slice we can automatically deliver that on the wireless side ahd the ‘cellular core’ side. And we dynamically map that to their existing VLANs and user groups and that gives them the first real architecture that comes as an overlay on their existing infrastructure and leverages all the existing services using slicing.“

Rajeev says they are also having “great conversations” with service providers who say they can see how they can dramatically cut down on the cost of delivering these services as a turnkey solution.”

So how does Celona envisage running the two radio types side-by-side?  Do you work towards physical convergence?

“For now we don’t see the need for that. If I was to put a cellular radio with every Wi-Fi hub I would just incur the cost of cellular everywhere I needed Wi-Fi.” The disparity in the range of the two radio types is the key factor here. “Right now you may be putting one cellular radio for every four or five Wi-Fi units,” he says. So for now we’re not seeing a need for convergence at the radio layers.”

“What we have seen is that, if anything, the difference in the routing is the real headache rather than the multiple radio problem."

Then there’s the sheer complexity of 5G cellular

“An enterprise team looking into cellular will say something like ‘Oh  man! This is so expensive, and I can’t understand any of these acronyms. What are you doing to me?’  and that is the fundamental problem. Private cellular is not something where you can assume that there’s going to be something like a Verizon or an AT&T with dozens of engineers waiting to help. You don’t have that luxury. So that’s where we come in. Our mission is to bring cell technology to people who have been used to doing cloud Wi-Fi for the last decade.”