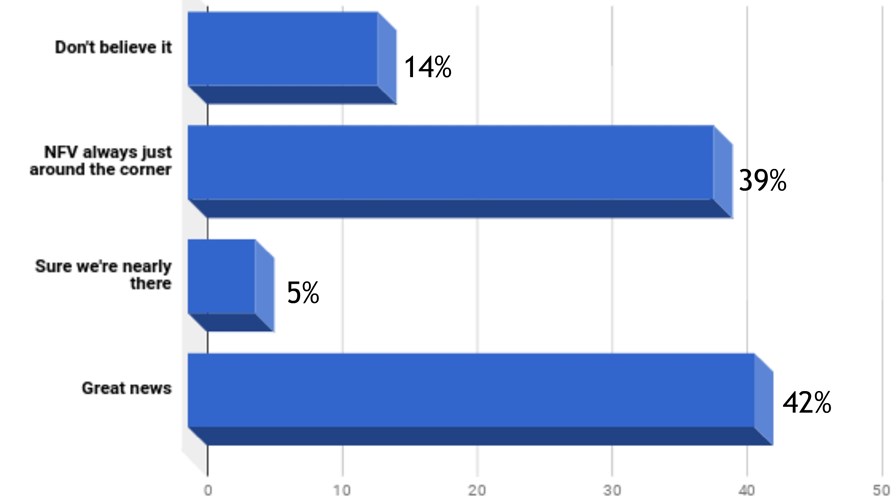 Which answer is closest to your position?

Great news  ETSI and the ISG participants have paid the industry a huge service with their contribution. I’m looking forward to NFV implementation

You responded... see above

Which we interpreted as...

Our readers seem somewhat pessimistic about where NFV has got to. NFV enthusiasts point out that these things always take time -  usually a full ten years between a technology being mooted and it finally being nailed down and launched. They point to development cycles like those attached to cellular standards, for instance. Or they point out that it took at least ten years for virtualisation to bed itself in to the data centre. All true, but there’s no getting away from the fact that major deployments were confidently predicted well in advance 2017... and here we are.

So on this issue the pessimists, understandably perhaps, outnumber the optimists, even though the ‘great news’ optimists won the numbers.