US regulator's broadband statistics: Rubbish in - Rubbish out - Rubbish throughout 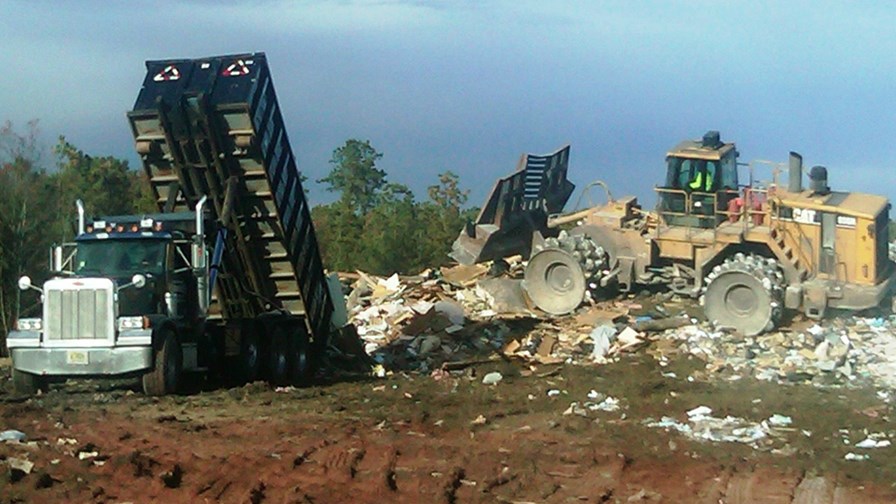 A new report by the US Government Accountability Office (GAO) shows that the statistics on Internet access availability and access in America provided by the US regulator, the Federal Communications Commission (FCC), are over-egged and misleading figures that routinely overstate reality.

As so often is the case, it is the detail in a comparatively small and niche case study that highlights the falsifications hidden the bigger picture. Simple extrapolation of the figures and evidence presented in the September 2108 GAO report "Broadband Internet: FCC's Data Overstate Access on Tribal Lands" indicate that the regulator's figures are a gross distortion of the reality of broadband access, speeds and competition across not only the report's subject area but also across the entirety of the nation.

The US federal government recognises 573 separate and distinct Indian tribes (also known as Native Americans, American Indians, Indians, Indigenous Americans, Original Inhabitants and by other terms) some 50 per cent of which are associated with Indian reservations. Tribal Lands are classified as "independent political communities with tribal sovereignty" (although only in some limited areas and matters).

In its 52 page report, the GAO says it was tasked with the responsibility to review the FCC’s efforts to collect broadband data for tribal lands and to "examine the extent to which the FCC's approach to collecting broadband data accurately captures the realities of broadband access on tribal land and how the FCC obtains tribal input on the data." It makes for damning reading.

The GAO "interviewed stakeholders from 25 tribal governments or tribally owned providers, and visited nine tribal lands. The selected tribes varied geographically and in levels of broadband availability, among other characteristics. The GAO also reviewed  FCC’s rulemakings on broadband data and interviewed other tribal stakeholders, FCC officials, and 13 non-tribal broadband providers selected to include a diversity of technologies. Provider and tribal interviews were based on non-generalizable samples."

As the GAO report points out, "Broadband furthers economic development, educational attainment, and public health and safety; however, residents of tribal lands have lower levels of broadband access relative to the US population. Congress has prioritized identifying and targeting funds to unserved areas. FCC uses data from broadband providers to develop maps and reports depicting broadband availability in the United States, with specific information on tribal lands."

It also emphasises that the federal government has not updated the National Broadband Map since April 2015, while that 'latest' update is dependent on data available as at June 30, 2014 - almost four and a quarter years ago. Things have changed a bit since then.

Putting the fox in charge of the henhouse. ISP-provided figures used in compiling 'factual' statistics

The key finding of the GAO report is straightforward and very much to the point: much of the broadband data the FCC collects and collates to substantiate its own broadband availability, services and competition statistics are not researched and obtained by the regulator itself but are extracts of figures compiled and supplied by Internet service providers and taken at face value by the supposedly rigorously independent FCC. So much for objectivity and impartiality. As the GAO report puts it,  the ISP figures "do not accurately or completely capture broadband access."

It adds that the FCC "does not collect information on several factors such as affordability, quality and denials of service - that FCC and tribal stakeholders stated can affect the extent to which Americans living on tribal lands can access broadband services."

Extrapolation of these (and other) glaring anomalies and omissions to a US national level surely indicates that similar problems are affecting poor and underserved rural and inner city areas and populations far outside the Tribal lands.

Take this GAO statement for example, and apply it where you will: "Overstatements of access limit FCC’s and tribal stakeholders’ abilities to target broadband funding to such areas. For example, some tribal officials stated that inaccurate data have affected their ability to plan their own broadband networks and obtain funding to address broadband gaps on their lands."

Central to the misleading statistics is a bureaucratic process based on the FCC's "Form 477" which is used to collect nationwide data on broadband availability and identifies where cablecos and ISPs have broadband infrastructure in place and thus 'could' provide broadband service.

All well and good except for the fact it provides no information on where and exactly how many consumers actually get service. What's more, Form 477 mobile data-collection methods are not standardised while its fixed broadband data isn't sufficiently detailed to provide meaningful data on access and availability. All the form requires ISPs to provide is data relating to areas where consumers can "expect to receive" minimum advertised speed. In other words, it's about as much use as a chocolate teapot.

Then there's the little matter of the "census blocks" (based on the US national census figures or 2010) and the broadband availability that pertains within them. Because the FCC requires service providers and ISPs to do no more than simply flag where broadband could theoretically be available the figures are exaggerated and skewed. As the GAO report says, "[The] FCC considers broadband to be 'available' for an entire census block if the provider could serve at least one location in the census block."

The net result of this ludicrous laxity is a state of affairs where, in any given census block (which can cover many hundreds of people) an ISP or a cableco can claim 100 per cent broadband availability in it if just one individual could (but not necessarily does) subscribe to the service. What's more the actual speed and access and cost of service doesn't have to be declared either. At the very least this is deliberate and misleading sharp practice verging on something worse.

In its conclusions the GAO report states that "limitations in [the] FCC’s existing process for collecting and reporting broadband data have led [the] FCC to overstate broadband access" despite the fact that the regulator itself has previously paid public cognisance to the need and importance to collect proper, standardised and uniform broadband data from ISPs and cablecos and to allow for quick and straightforward comparison across industry players.

Thus the GAO is instructing Ajit Pai, the current Chairman of the FCC, to make urgent changes in three key areas. He is specifically tasked with responsibility to devise new and much better mechanisms "for collecting and reporting accurate and complete data on broadband access specific to tribal lands", for the development of "a formal process to obtain tribal input on the accuracy of provider-submitted broadband data and, finally, to "obtain feedback from tribal stakeholders and providers on the effectiveness" of an outstanding but un-acted upon FCC commitment to ensure that representations from tribal are fully taken into account in matters of broadband and Internet access. In other words, 'The game's up and things are going to change - and not before time."

US ISPs and cablecos are past masters at obfuscation and self-serving léger de main, with the so-called "deep-dive detailed analysis" of their business interests at the level of the individual census point being a prime case in point. The "mistakes" and distortions that accrue as a result of these and other sharp and cynical practices are applied to stifle competition and keep service prices at stratospheric levels while, simultaneously, the vested interests claim that everything in the market is hunky-dory, competition is working and services are getting cheaper. They're not.

The GAO's remit was to report on broadband access in the Tribal Lands and it has duly done so. However, critics of the FCC will no doubt use the work to castigate the regulator for it's slipshod approach and apparent partiality towards big business at the expense of the consumer and competition across the entirety of the US. It's not as if the dismal progress being made in the sluggish traipse towards the FCC's own stated goal of making access to affordable broadband for all of the people of the US regardless of where they live a top priority isn't on the public and political agenda.

The outcry is growing and the US Congress is now on the FCC's case since the regulator produced and published a widely ridiculed and reviled nationwide broadband coverage map that owes little to reality because it was compiled from Form 477 data that is known to be dodgy and inaccurate.

As Senator John Tester, the Democratic  Senator for Montana, told FCC Chairman Ajit Pai at a recent hearing, "The map stinks." It certainly does but that's not all that has a bad smell about it.

In a letter of August 22 this year, the FCC responded to the GAO's criticisms and requirements for change thus; "We have efforts underway to ensure that we collect the best possible data, and, indeed, we believe that we already have work in progress to address each of the the recommendations GAO advances. We will continue with the work underway and will re-double our efforts to close the digital divide for all Americans, including those on Tribal Lands." That shouldn't be difficult given that the current rate of work is taking place with due deference to and full compliance with the old Spanish concept of "mañana" - but without the sense of immediate urgency the word implies.

The letter from the FCC concludes with the trite sentiment that it "looks forward to working with GAO in future." You will be Mr. Pai, you will be.