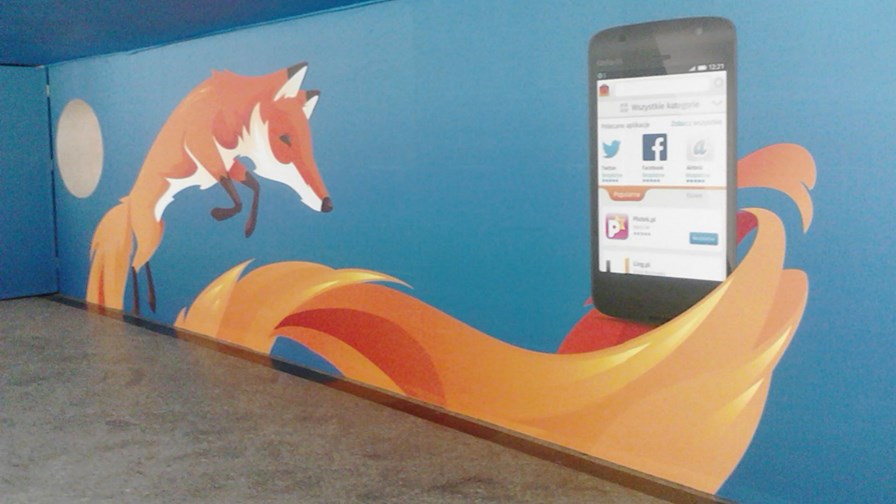 Mozilla is dumping its carrier-oriented Firefox OS initiative due to lack of real traction in the market. The idea was to produce a completely open, web-based mobile operating system - a sort of open source, mobile handset version of Google’s Chrome OS - but the commoditizing pace of the smartphone market proved too much.

Mozilla based Firefox OS on a project it called  Boot to Gecko (B2G) which involved building a complete, standalone operating system for the open web. A year in and Mozilla was trumpeting plans to work with phone vendors to develop a  $25 Firefox OS smartphone - at that time (early 2014) it already had three manufacturers producing units for 15 markets with four global operators - as we reported in TelecomTV.

But the brutal economics of the smartphone market simply caught up: from a user point of view, If you could buy a ‘cheap as chips’ Android phone with access to hundreds of thousands of apps, why would you plump for one with less capability, far fewer apps at about the same price or more?  As Microsoft has also discovered… users won’t go for it. Time to change tack.

Mozilla’s decision no doubt comes as a disappointment to the telcos who got behind the open source smartphone concept, in particular Telefonica. Having a competitive, low end, but completely open end-user platform at least gives telcos a level playing field chance of  participating fully in the app value chain. At one point it was also thought that a browser-based OS could be designed to make fewer demands on the underlying smartphone hardware  in terms of processor and memory requirements, thus enabling telcos like Telefonica to discover a low-cost entry point for new users that they could harvest - particularly in emerging markets. Alas, that doesn’t appear to have happened.

So where to now?

While Mozilla has said it doesn’t intend to support the OS through carriers, there are other options out there for the technology to act in ‘client’ roles, and not necessarily just on mobiles.

One of the big hits of the last couple of years has been Google’s ‘Chromecast’, which is essentially its Chrome browser technology in a dongle and which, we reported recently, is now taking a major share of the global home video streaming market.  The world may well be waiting for a properly ‘open’ (ie not Google) variation of this function and it’s at least feasible that Firefox OS could be the candidate.

Also mentioned (of course) is IoT, the avenue always referenced as the ‘next’ target by every failed mobile technology. Maybe, but as my colleague Guy Daniels points out, that’s already a bustling and, not to say, confusing market for most of the players already in it.

Like a marriage, the Internet is for better or worse

Mozilla opens up WebApps to the world