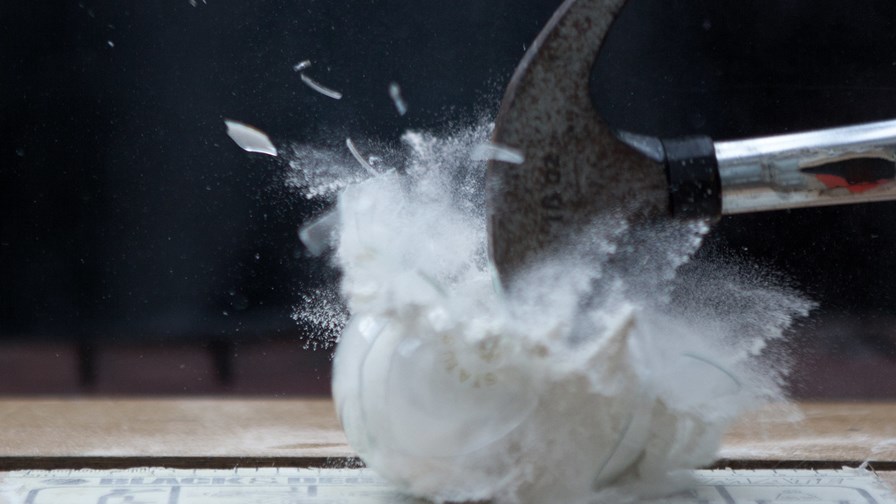 Everyone expected Japanese e-commerce giant Rakuten's pricing plans for its upcoming mobile service to be highly competitive. Aggressive, even. But the firm surpassed expectations when it unveiled its tariffs on Tuesday, taking a metaphorical sledgehammer to its established rivals' business models.

Rakuten is officially accepting preorders for an unlimited data mobile tariff that will cost 2,980 yen (around US$28) per month when it launches it services on its own network on 8 April. Unless, you're one of the first 3 million to subscribe – no, that's not a typo, it's 3 million – in which case the package will be free for a year. And all customers will have free voice calls and messaging through the RCS-based Rakuten Link app.

"Free" is pretty straightforward to interpret; it doesn't take a pricing specialist to point out that that 'free' is a good deal. The standard data tariff is all relative though.

And, relatively speaking, it's super-cheap.

When Rakuten made its announcement, industry watchers eagerly reported and re-reported that the plan, dubbed Rakuten UN-LIMIT, costs less than half what Japanese mobile customers are used to paying. But as a non-speaker of Japanese, it's pretty hard to verify that statement.

That said, when incumbent and market leader NTT DoCoMo presented its new price plans last year – partly in response to government pressure and doubtless partly with an eye on the arrival of Rakuten, which was at that time due to launch in October 2019 – it trumpeted its Gigaho offering in particular, a lower-cost plan for heavy data users. There are various permutations of that plan, depending on the number of lines on the contract, contract length and so on, but essentially, a one-person, two-year contract including 30 GB of data comes in at JPY6,980 per month. That is indeed more than twice the cost of Rakuten's offer.

It's not quite that simple though. Unlimited data only applies when the customer is using Rakuten's own network, which is still in the process of being built. A network-sharing deal with KDDI means the newcomer can offer broad coverage, but when roaming on the rival network customers will have their data capped at 2 GB. Rakuten last month said it had deployed 3,300 of its own base stations and according to a coverage map on its website they are located in and around the cities of Tokyo, Osaka and Nagoya only.

Nonetheless, it's a tempting prospect for would-be Rakuten Mobile customers.

Many parallels have been drawn between Rakuten Mobile and Reliance Jio, which famously took a sledgehammer of its own to the Indian mobile market when it launched in 2016. You can see why.

Japanese market characteristics don't always mirror those elsewhere in the world. Indeed, it is always unwise to assume that because a particular service is successful in Japan it will have the same impact elsewhere, or vice versa. But it's hard to imagine that a mobile service based on advanced technology – Rakuten has made much of its fully virtualised cloud native mobile infrastructure – with the potential to cut users' bills in half could fail to have an impact.

Rakuten Mobile is clearly about to embark upon an aggressive onslaught on the status quo in Japan. And if DoCoMo, KDDI and Softbank are not seriously concerned, they should be.