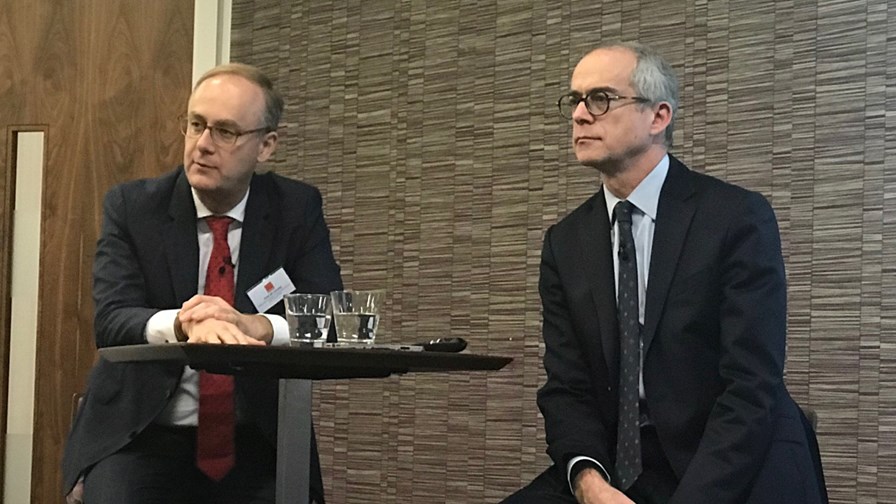 It is no surprise that Orange completely grasps the need to transform from a communication service provider business into becoming a digital service provider. Financial services is one of the key focuses areas where it hopes to generate revenue growth and to help reposition the company with a stronger focus on what it calls “enriched services”. It believes it is positioned as a fully integrated operator whose purpose is to create value in three interdependent roles: networks, addressable markets (consumer, B2B, etc), and enriched services.

“All existing players need to adapt or they may face extinction,” explained Ramon Fernandez, Deputy CEO, Finance, Performance and Europe for Orange. “Our entry into enriched services should be viewed as both defensive and proactive. It is a key lever to stimulate growth at group level, beyond what the more mature telecoms business can offer, especially in Europe.”

During a presentation in London today, Fernandez stressed that Orange is not considering a pure OTT approach, rather it will continue to leverage its network assets as a key differentiator that other players cannot match. In 2018, revenue from Enriched Services is estimated to reach €3.8bn . About €2bn of this comes from IT and integration services, about €900m comes from content services, €300m from IoT, and a further €300m from Orange Money. This represents about 9 per cent of total group revenue in 2018, but is expected to grow to 13 per cent by 2022. Of this, banking revenue is forecast to grow by a factor of four in this period.

“We are enabling the digitising of most industries and segments,” he added. “As a result, industry frontiers become blurred and a position in one sector can stage a bridgehead into entry into an adjacent sector.”

Orange Money was launched in Africa 10 years ago, whilst Orange Bank in France has just celebrated its first anniversary. Orange Bank is going to be rolled out in our other European countries, starting with Spain (and possibly Romania) in 2019. Its ambitious expansion roadmap calls for the addition of two to three new countries per year. An interesting point to note; Orange says it will start its Spanish operation by offering loans for smartphone financing.

“Our unique positioning allows us to compete with both traditional banks and OTT/FinTech players,” said Paul de Leusse, CEO of Orange Bank, explaining that Orange Bank and Orange Money are positioned between the traditional banks and digital banks/FinTechs. “We consider that we are selling a banking application, not a banking relationship. This is the difference. A basic banking application that democratises the user experience.”

In France, Orange is looking for EBITDA break-even in 2023. It wants to reach net banking income of about €200 per customer per year by 2026 (it is currently about half that amount) with two million customers. Costs per customer though are currently sitting at about €400 per customer per year, thanks mainly to accusation costs, but this should reduce to €150 by 2026. Those are pretty precise targets considering we are looking at a period of 8 years… during which time the telco industry as know it will probably be completely upturned.

In Africa, Orange announced Mowali last week, in partnership with MTN and using open software developed with funding from the Bill and Melinda Gates Foundation. As well as offering domestic and international money transfer, it will also enable merchant payments for retailers.