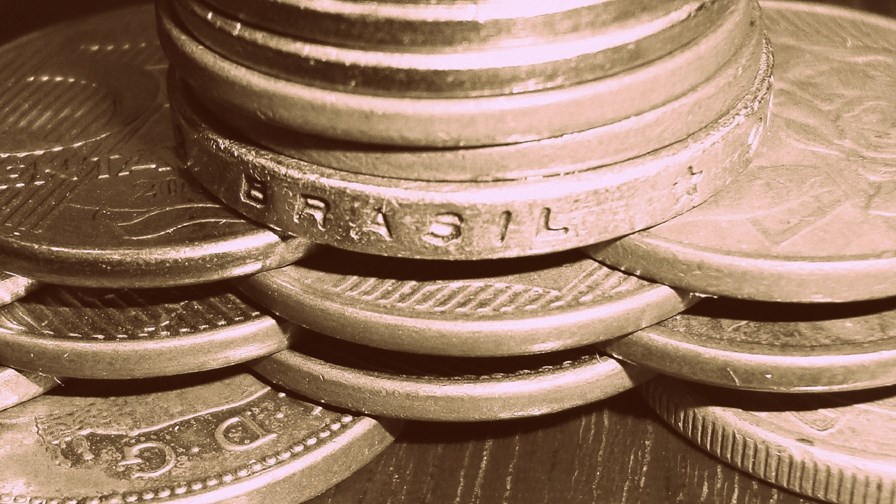 In an increasingly wireless world, selling off mobile assets might not seem like the most sensible way for a telco to raise some cash – just ask BT – but it appears that is exactly what Brazilian operator Oi is up to.

The telco is holding talks with TIM and Telefonica, both of which already have sizeable operations in Brazil, with a view to selling its mobile operations and avoiding insolvency, Reuters reported, citing a number of unnamed sources. It is also in preliminary discussions with AT&T and an unnamed Chinese company, the newswire said, adding that it hopes to raise more than 10 billion reais (US$2.4 billion) from the sale. TIM was quick off the mark in issuing a denial, but history suggests its name will continue to be mentioned whenever there is talk of M&A in Brazil.

It's not the first time such rumours have surfaced about Oi's mobile ops, but this particular report seems more credible than similar speculation in the local press in the first half of this year. The telco hired Bank of America Merrill Lynch at the start of 2019 to explore the sale of non-core assets to enable it focus on what it then considered core, that is, fixed and mobile, or more specifically, fibre and 4.5G networks. Now it seems that mobile might be expendable.

Oi's mobile business, which accounted for a third of service revenues in the most recent quarter, is struggling. The operator had 34.6 million mobile customers at the end of June, having shed close to 1.8 million over 12 months and more than 10 million since it filed for bankruptcy protection in mid-2016; year-on-year overall mobile revenues were down by 3.6%. Its market share has dwindled to 16%, according to regulator Anatel, down three percentage points over five years, while its three main rivals each serve a quarter of the market or more.

However, on paper at least, Oi's fixed business looks to be in more trouble. Residential revenues have been in decline for a number of years, falling as much as 13.4% on-year in Q2, with broadband customer numbers slipping almost as rapidly as fixed voice lines. It ended the period with 4.7 million fixed broadband customers, almost half a million fewer than it served three years ago.

"Intense competition from regional players who offer broadband services in small towns outside major urban centres continues to be the main obstacle to broadband growth," Oi said in its results announcement.

However, the telco has made it clear that its aim is to focus on fibre and is investing heavily to that end. It had 2.5 million fibre homes passed at mid-year, aims to add another 2 million this half and reach 16 million by the end of 2021.

Those investment plans are challenged by Oi's cash position though. Consolidated cash was BRL4.3 billion at mid-year, which Reuters' sources claim, is BRL2 billion lower than it predicted in its restructuring plan.

The sale of the mobile business would provide an important financial shot in the arm for Oi's fixed business. And there is further logic in the timing too.

This summer Nokia famously predicted that next year's proposed 5G spectrum sale in Brazil could be the world's largest, if the regulator includes frequencies in the 700 MHz and 26 GHz bands as well as 2.3 GHz and 3.5 GHz. The details have yet to be finalised, but reports in the local press suggest the state could look to bring in north of US$5 billion from the sale process. And on top of the cost of acquiring licences, the telcos then have to finance the rollout of networks, of course.

So maybe selling off the mobile business does make sense for Oi.

On the flip side, while 5G rollout will be pricey, it will also bring opportunity, which could attract would-be buyers to Oi's assets.

The Reuters report understandably puts TIM and Telefonica at the top of the list, but although comments made by the authorities in recent months suggest there would be no outright ban on in-market consolidation, there would be regulatory hurdles to overcome. Telefonica's Vivo leads the market with a 32% share while America Movil's Claro and TIM hold 25% and 24% respectively, thus any player subsuming Oi would be hugely dominant. Further, the market would be reduced to just three major players, serving a population of more than 200 million.

There is the possibility that the various players will revisit the idea of a division of assets, similar to the approach that was mooted five or so years ago when TIM looked set to exit the market. Such a deal would be difficult to broker though. TIM itself is arguably more in need of fixed assets than mobile to shore up its position in Brazil. According to Reuters, the sale of Oi in its entirety cannot be ruled out, but is not particularly likely. But anyway, "TIM denies that any negotiations are underway with Brazilian Oi," a spokesperson told us.

It would be a massive understatement to say that AT&T has a lot on its plate at the moment, so a move for Oi seems unlikely; its foray south of the border into Mexico is probably fuelling rumours of further LatAm expansion.

The suggestion that a Chinese company might be interested is more realistic. China Mobile and China Development Bank were both linked with Oi a couple of years ago, and there were also reports of interest from China Telecom.

I also hesitantly add Altice to the list, for cultural reasons more than anything. The cableco is no stranger to a bold M&A move and as a result its portfolio includes Portugal Telecom, which it acquired Oi from five years ago after an aborted merger attempt. However, Altice has been working hard to reduce leverage, so Brazil might well be a step too far.

There's a lot of potential in Brazil, but it's not without considerable risk. Those in the frame will think extremely carefully before making any move.