Is time running out for LTE-U? 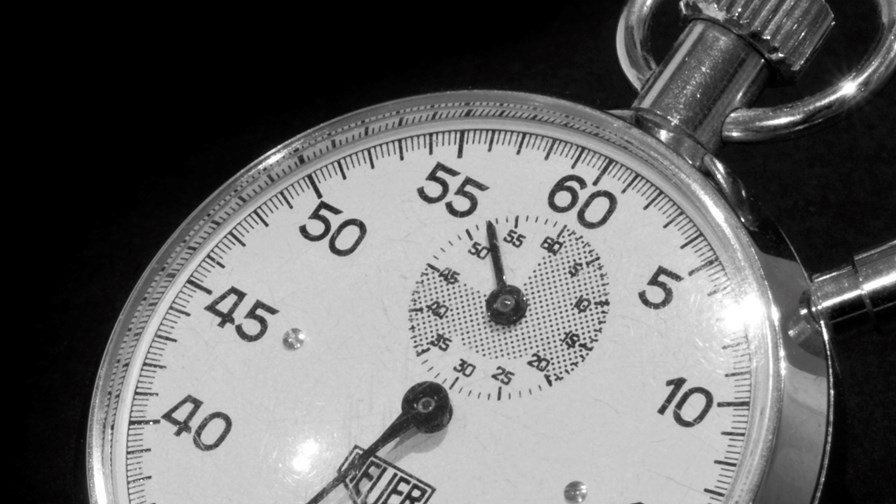 Our friend and colleague Dave Burstein at DSL Prime has been in touch about worrying developments surrounding LTE-U, the somewhat controversial method of extending LTE standards into unlicensed spectrum. One day, we will indeed harmonise licensed spectrum use and licence-exempt services, most likely under a 5G banner with standards agreed by a coalition of groups including 3GPP and IEEE. It’s not a case of “if” we get there, but “how and when”. Sorry sceptics, but it is surely inevitable. The problem is that the proposed approaches today might not be good enough, with one of the main problems being interference and coexistence.

Put basically, LTE and WiFi (the main bearer service on unlicensed spectrum) operate very differently. Take the main technology under scrutiny – LTE-U, developed and promoted mainly by Qualcomm and Verizon. Whilst LTE-U adapts its duty cycle to coexist with WiFi, Wi-Fi device occupy the whole airtime. What’s more, WiFi behaves erratically at low signal strengths, for example, devices can easily drop into power save mode in the middle of VoIP calls. It’s all rather messy and must send cellular engineers into Edvard Munch-like screaming frenzies.

So it’s no wonder that the US FCC has expressed deep concerns and is insisting on coexistence and interference tests.

Before we continue, it’s worth highlighting that whilst LTE-U shares many similar characteristics with licence assisted access (LAA) technology, it’s not the same. LAA aggregates unlicensed channels and is being standardised as part of the ongoing 3GPP LTE release programme and uses a protocol called Listen before talk (LBT) to ensure that channels are clear before sending data, in an attempt to ensure fair usage and coexistence between WiFi and LTE LAA. Interestingly, LBT is region specific and includes the EU but not the US, which is why LTE-U uses carrier sensing adaptive transmission (CSAT).

Qualcomm defines LTE-U as being “based on” 3GPP releases 10 through 12, whereas LAA is defined in 3GPP Release 13. A subtle, but significant difference.

It’s all going to come down to those aforementioned tests. The problem is, agreeing what these tests are and what parameters should be deemed acceptable and what unacceptable. So much depends on WiFi received signal strength thresholds (or RSSI values). The WiFi Alliance has come up with a test plan, but not everyone is happy with it, especially not Qualcomm. The Wi-Fi Alliance draft test specification is -82dBm, but this is deemed too high by others – Verizon, for instance, wants the threshold dropped to -72dBm.

“The latest version of the test plan released by the WiFi Alliance lacks technical merit, is fundamentally biased against LTE-U, and rejects virtually all the input that Qualcomm provided for the last year,” said Dean Brenner, SVP Government Affairs, Qualcomm, in a widely reported statement made last week. “The latest version of the plan would require LTE-U to protect WiFi 100 times more than WiFi would protect LTE-U in all environments under criteria that ignore data submitted to the WiFi Alliance, including data from WiFi vendors.”

Brenner called the latest version of the test plan “unacceptable” and urged the FCC to disregard it on the grounds that it fails to support the regulator’s goal of permission-less innovation. But others support the plan and are not so keen to compromise.

Mike Calabrese, director of the Wireless Future Project at New America's Open Technology Institute (OTI), believes that “compromises on the test plan within [the WiFi Alliance] could leave 50 per cent of WiFi connections at risk of disruption from LTE-U. It is also unfortunate that cellular industry proponents of using LTE on unlicensed spectrum are now threatening to pull back from Wi-Fi coexistence testing they initially proposed and supported.”

Here’s what Comcast’s attorney had to say on the matter: “The proposal advanced by CableLabs and others to use a WiFi RSSI of -82 dBm in the WiFi Alliance test plan is an extraordinary compromise on the part of WiFi proponents because it would mean that the test plan leaves half of all outdoor WiFi connections vulnerable to LTE-U degradation. CableLabs and others have nonetheless advanced this proposal in order to move the test plan to conclusion.”

If all parties can’t agree on the nature of the necessary tests, then the future is indeed bleak for LTE-U. It’s also not exactly rosy if the high WiFi signal strength thresholds are upheld and LTE-U becomes nigh on untenable. Time for the posturing to stop. The WiFi Alliance is expected to host a test session later this month, but this will be private. Will results make their way to the FCC and the public domain? We hope so. But even if time has indeed run out for LTE-U, it’s not the end of the licensed/unlicensed battles. MuLTEfire anyone?