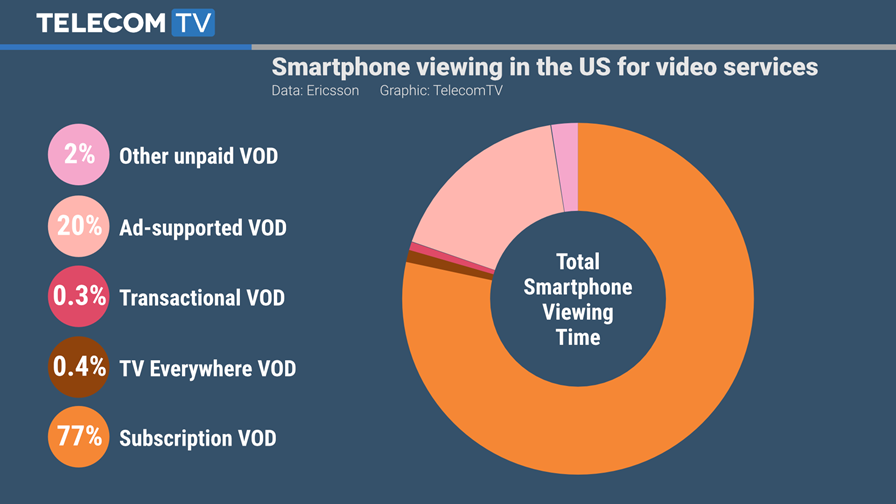 Guess what? We’re spending more on video on demand, watching less linear TV and – fanfare please – using our mobiles for video viewing more. Those are the entirely unsurprising findings from Ericsson’s seventh edition of its annual ConsumerLab TV & Media Report, which it published this morning. Unsurprising they key findings may be, but Ericsson has quantified them to show the extent of the enormous and rapid shift in TV and video viewing behaviour towards.

However, it’s not all good news. With the change in viewing practices and the massive fragmentation of the market, content discovery remains a huge frustration for consumers. According to the survey, US consumers spend 45 per cent more time choosing what to watch on VOD services than linear TV, which isn’t surprising when you consider that 44 per cent say they can't find anything to watch on linear TV on a daily basis. We’ve come a long way since the 1970s.

It’s good news and bad news for telcos – far more video traffic leads to more subscriber engagement but also higher usage of their network resources. It’s a dilemma that’s set to continue, with no obvious answer, other than some brave and progressive telcos need to fundamentally change their business models. Don’t hold your breath just yet.

And so to some of the key findings – pick and mix at your discretion:

“For consumers in general, and millennials in particular, being able to watch on the smartphone is key,” said Zeynep Ahmet, Senior Advisor at Ericsson ConsumerLab. “Consumers not only want the shared, social broadcast TV experience, they also expect the flexibility of an à la carte on-demand media offering. Today's experience is multifaceted and consumers want to create their own worlds of compelling, personalized content.” 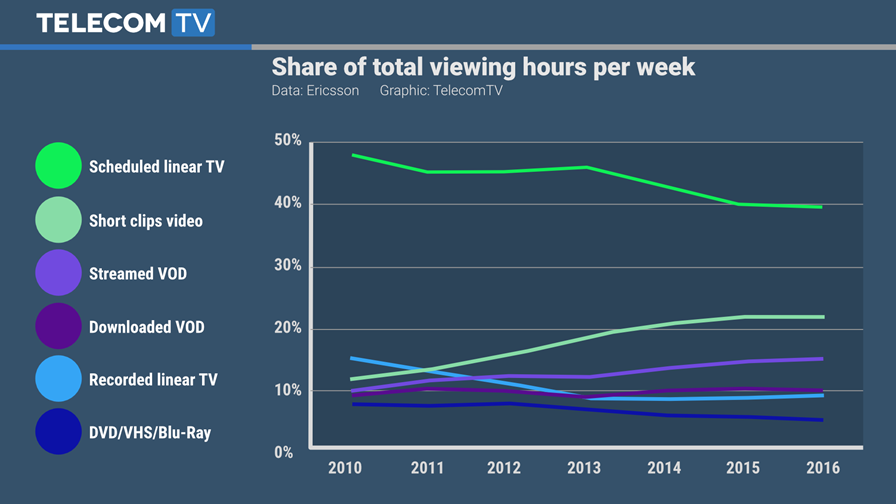 It’s interesting to look at the graph of the share of total viewing hours per week for each type of TV/video viewing (above). From 2010 to 2015 each has had a distinct trend line (up or down). Yet for the past year, all lines have basically been flat. Are we now in a settled period of mixed viewing habits? Or is this a blip in the statistics? Either way, as Ericsson notes in its report, “the definition of TV is changing and growing – both technically and in the eyes of consumers”.

The annual report was based on interviews with 30,000 individuals, aged between 16 and 69, in 24 countries – which Ericsson says is the largest study of its kind into TV viewing habits. All respondents have a broadband Internet connection at home and watch TV and video at least once a week.

There are plenty of charts and graphs in the report, and it is well worth downloading, although access to the raw data would have been appreciated and reflective of our “open data” society.