Deutsche Telekom has no taste for pink lemonade 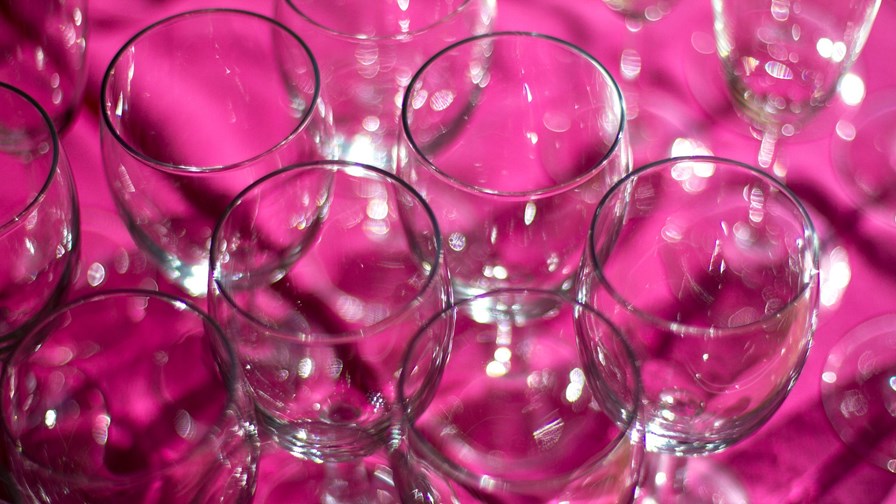 Deutsche Telekom is seeking to have sole use of the colour pink the world over.

At least, that's the gist of a claim against the German telco by online insurance company Lemonade, which found itself on the receiving end of a legal demand to change its pink branding, the colour of which is close to Deutsche Telekom's current magenta hue, and decided to turn to the authorities rather than capitulate.

"In the German telecommunications industry, Deutsche Telekom is associated with a particular shade of pink it calls 'magenta,' though for years it has tried to take a wide range of pinks away from businesses across multiple industries and countries," said Lemonade's cofounder and CEO Daniel Schreiber this week, listing a variety of small businesses in Europe and the US that have fallen foul of the telco's quest to own pink in recent years; Deustche Telekom also lost a high-profile magenta battle it instigated against Telia in Denmark just over a decade ago, incidentally.

"If some brainiac at Deutsche Telekom had invented the color, their possessiveness would make sense. Absent that, the company's actions just smack of corporate bully tactics, where legions of lawyers attempt to hog natural resources – in this case a primary color – that rightfully belong to everyone," Schreiber said.

Strong words, but you can see his point. This looks like unnecessary protectionism on the part of the telco giant.

But this case is not quite as simple as two companies, in for the most part non-competitive industries, who happen to have similar-coloured logos. The colour pink is intrinsic to the identities of both companies.

Lemonade notes that it has been using pink "prominently and proudly" since it launched in 2015, and shared details of an Instagram campaign "in which hundreds of everyday objects are dunked into pink paint," noting that said campaign has been viewed 18 million times in recent months.

Meanwhile, just six months ago Deutsche Telekom rebranded its newly-enlarged operations in Austria as Magenta Telekom, seeking to capitalise on the fact that the colour is synonymous with its business in both Germany and its international markets.

Indeed, in covering that brand launch, my own words were: "the merest hint of magenta, in telecoms and possibly the even the wider world, positively screams Deutsche Telekom."

Surely it would now amount to a U-turn to suggest that Deutsche Telekom has overstepped the mark in an attempt to protect that brand identity.

Possibly a little. But this is not really about the strength or otherwise of Deutsche Telekom's association with magenta. It's about whether or not a major corporate has the right to prevent a much smaller outfit in a separate industry from using a colour, a public domain asset, if you like, to promote its business.

The authorities will decide. Thus far Deutsche Telekom has obtained a preliminary injunction against Lemonade, requiring it to change its pink branding in Germany. Lemonade operates in the US and Germany only, having launched in the latter in June, hence the timing of the spat. Lemonade complied with the order, albeit temporarily, it says, but declined to sign away its right to use the colour pink as requested by Deutsche Telekom, "choosing instead to challenge its hegemony over pink in all jurisdictions," it said.

Instead, it has filed a motion with the European Union Intellectual Property Office (EUIPO) to invalidate the telco's magenta trademark and is petitioning the German Trademark Office to revoke its claim to the colour magenta in the insurance sector.

You have to wonder what Deutsche Telekom was thinking.

Yes, Deustche Telekom is magenta through-and-through, from its corporate logo to the colour of T-Mobile US CEO John Legere's underpants (one assumes). It is understandable that it wants to protect this identity and that it's concerned that another flash of magenta on the Internet – let's not forget that Lemonade is an online-only outfit; it has no high street presence – would detract from its own visibility.

But...well, tough. It might be possible to trademark a particular shade, but an entire colour family? Madness, surely.

"Think about it: your printer has but 3 colors - cyan, yellow and magenta. The idea that Deutsche Telekom owns magenta in all its variations, across industries and countries, seems like a proposition worth challenging," said Schreiber.

Indeed. I would have more sympathy if Lemonade were a telecoms or tech firm, but an online insurer? Sorry, DT, you've gone too far. 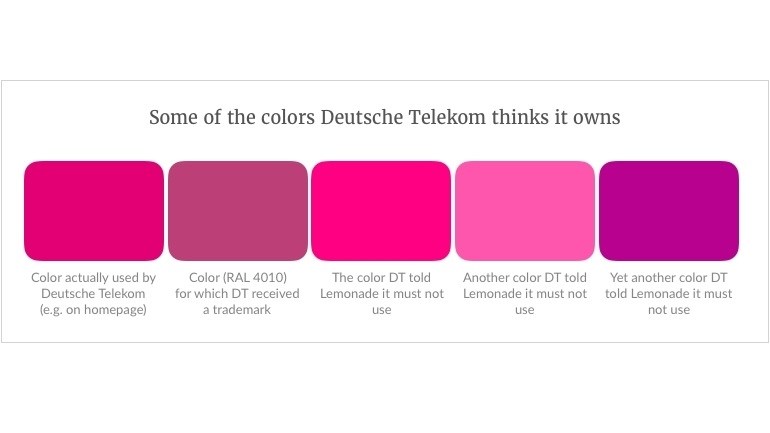