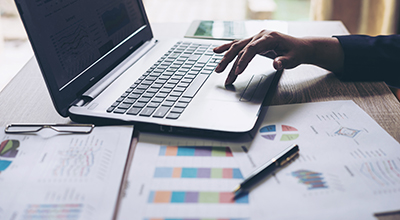 LONDON, June 14, 2019 — The Europe, Middle East, and Africa (EMEA) market for gaming desktops and notebooks declined in the first quarter of 2019, dropping 4.9% YoY and totaling 2 million units, according to International Data Corporation (IDC). Growth of 6.8% YoY is expected for the full year 2019, however, to reach 9 million units. By the end of 2023 the market is expected to increase to 11.4 million units with a four-year compound annual growth rate (CAGR) of 6.1%.

IDC identifies gaming PCs as desktops or notebooks that have a premium- or performance-grade GPU. This includes the midrange and high-end offerings from Nvidia and AMD. Professional-grade GPUs such as the Quadro and Radeon Pro are excluded from IDC's gaming PC definition.

"In Western Europe, the PC gaming market was constrained by high consumer inventory after a weaker 2018 holiday season, combined with the weakening of consumer confidence as a result of political uncertainties in major economies," said Liam Hall, senior research analyst, Western Europe, IDC. "However, PC gaming will bounce back with strong growth in the second half of 2019, supported by the resolution of inventory issues and the anticipated price drops of key components such as panels and memory."

The CEMA PC gaming market declined 8.2% YoY during 1Q19. The CEE and MEA regions decreased, with a stronger contraction in the MEA region. The decline came after strong double-digit increases in the 2017 and 2018 quarters and stagnation in 4Q18.

"Economic and political challenges in the second half of 2018 in both regions, as well as an inventory pile-up in key CEE countries ahead of CPU shortages, had a negative impact on consumer consumption and the gaming market," said Stefania Lorenz, associate VP, CEMA, IDC. "The gaming market in both regions is expected to slowly recover in the short term as economic challenges ease."

Stronger growth rates are anticipated from the end of 2019, driven by the introduction of new processors and graphic cards, as well as the wider gaming PC range, from affordable to premium, across both product categories.

Desktop capacity to offer configurations with the highest technological specifications, and accessibility to adjust these components when necessary, will enable the product category to maintain a strong foothold among hardcore gamers. Nevertheless, there will be an ongoing shift toward notebook gaming as more casual players enter the market. On the notebook side, performance-grade GPUs will continue to hold the lion's share of the market, as casual gamers with less intensive specification requirements will make up the bulk of the market. Premium-grade GPUs will continue to increase their market share as ASPs become more attractive and the higher-level specs are fully utilized.

"RTX, for example, has not had major success so far in the Western European market, primarily due to its high ASP and lack of discernible benefits to justify the increased cost," said Hall. "As prices come down and more games utilize benefits such as ray tracing, the value proposition of more premium GPUs will be clearer and will lead to increased adoption among hardcore and enthusiast gamers."

Launches of interesting new form factors in 2019, such as dual-screen notebooks, will boost consumer interest and renewal rates, with pickup by early adopters in the second half of 2019 and then stronger mainstream adoption in 2020.

"The e-sport phenomenon is emerging across the region and is even drawing support from governments, while gaming festivals are running on a regular basis," said Jurisic. "Increasing consumer awareness of gaming through enhanced coverage and the continuous rollout of innovative online games will benefit the gaming market in the future."