When it comes to IoT, the manufacturing and logistics industries have some catching up to do 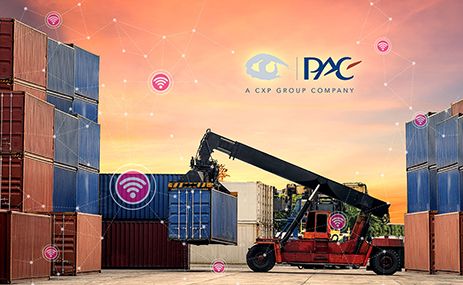 A new study carried out by PAC, a market research and advisory firm, on behalf of Deutsche Telekom and its corporate customer subsidiary T-Systems , surveyed 150 IT and business decision-makers from the manufacturing and transportation industries – and provided some interesting insights. Companies in these industries want to ramp up deployment of solutions for predictive maintenance and the Internet of Things (IoT), and the market is by no means saturated, with only five percent of those surveyed stating they had made full use of the available potential.

“IT decision-makers are thinking a lot about IoT and predictive maintenance because the opportunities they offer are obvious,” says Anette Bronder, head of T-Systems ’ Digital Division. “But they also have a lot of security concerns – and we need to dispel those if we want to prepare the ground for the necessary infrastructure and to establish the IoT in Germany across the board.”

Seventy-three percent of the managers surveyed said their priority was to invest in IT security before spending money on sensors or networks. They are concerned that the networking of production facilities will make them more vulnerable to hacker attacks.

The study also revealed that many companies do not have the technical prerequisites to meet the high expectations they have of a fully integrated production and value chain. Virtually all those surveyed have already networked their production and logistics landscapes,

According to the decision-makers surveyed, the degree of networking needs to increase substantially: 82 percent of respondents stated that, within the next four years, they wanted to have in place an IT landscape that was more than 50 percent networked.

A comparison of different industries revealed that the transportation and logistics segment is much better networked than the mechanical and plant engineering sector or producers of merchandise. The logistics industry, in particular, is coming under enormous pressure to innovate from online retailers, who are keen to deploy IoT technology to achieve entirely new delivery concepts.

As companies are hardly able to complete the digital transformation on their own, 65 percent of them plan to rely on external service providers to help them with their IoT projects. The companies particularly want providers with expertise in managing the transition to the IoT and with experience of the industry in question.

IoT projects are usually launched in response to competitive pressure and the perceived need to make efficiency gains. Companies have specific expectations of IoT technology: It should enable them to constantly optimize their core processes, achieve greater transparency as regards the status of their machinery and vehicle fleets, and reduce their idle time.

The study also reveals that the bigger the company, the more relevant this topic is. One of the main reasons for this is that large production and logistics enterprises are more likely to have integrated the IoT topic in their corporate strategy than small ones. This is evident, among other things, in the fact that large companies are much more likely than small ones to have set up organizational units or teams dedicated to IoT projects. However, the study does uncover organizational weaknesses in this regard, as these IoT units are often not involved in the strategic decision-making process. Almost three-quarters of respondents said that top management was responsible for making IoT decisions at their companies.