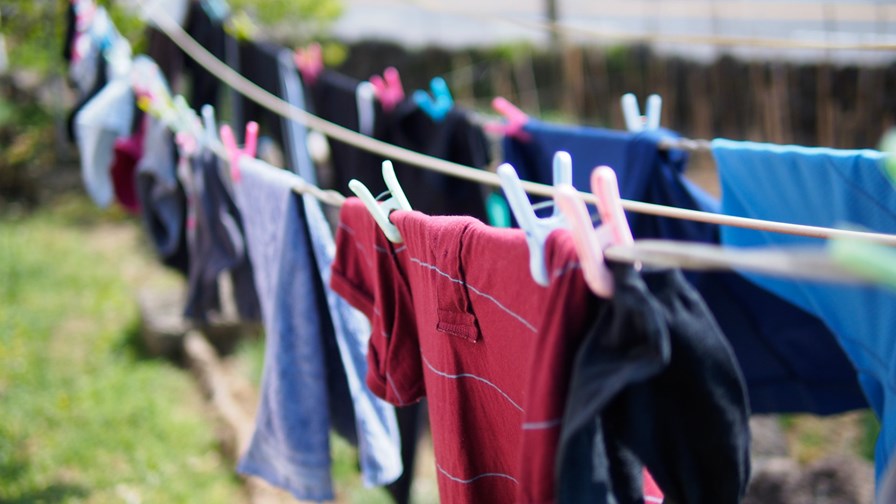 In the movie "The Sixth Sense" Bruce Willis was stone dead from the start of reel one. He just didn't know it. It looks like the same may be true of Whirlpool's "6th Sense Live" smart IoT/M2M washing machine.

At the moment there's a lot of hoo-hah echoing around the comms landscape and gallons of bugle oil being liberally applied to the marketing side of the Internet of Things (IoT) and M2M communications. Unsurprisingly, manufacturers are keen to jump on the juggernaut before it picks up too much speed and they miss the bus, (as it were) so, in America, Whirlpool has just introduced a smart washing machine. However, the company simultaneously admits that it has no idea who would want to buy such a device. It's the old, old story rewritten for nos jours: "The pioneers get the arrows and the settlers get the land."

OK, so Whirlpool's US$1,699 "Smart Front Load Washer with 6th Sense Live technology"  is w-fi enabled and comes with a snazzy full-colour LED control panel. It can be programmed, started and stopped from afar via an iPhone or Android app and will text or email the owner when the wash is done. However, there's no accompanying housemaid robot to move the soggy socks and damp demins from the washing machine drum to the accompanying Whirlpool smart dryer, so the clothes just lie their in an entangled moist lump until a human turns up to intervene and unload the thing. Defeats the entire object, doesn't it?

But, things have to start somewhere, it's just that this particular start is likely to be a false one. Chris Quatrochi, Whirlpool's Global Director of User Experience and Connectivity says. "We’re a little bit of a hammer looking for a nail right now. Users are not at all widespread and trying to understand exactly the value proposition that you provide to the consumer has been a little bit of a challenge." Why the man's an absolute master of the English art of ironic understatement that often takes even the natives a lifetime to achieve.

Back at the start of 2014 Whirlpool unveiled its vision of "The Kitchen of 2020" and revealed prototypes of ovens that provide weather forecasts (It's hot as hell in here with the toad-in-the-hole but it is snowing in Wyoming. Yeah, thanks for that) fridges that play music and tell you when you run out of milk ("There's a place I go when I'm feeling low, 'Fridgerator". That is an actual song, I kid you not) and gas rings that flare-up to voice command. (Burn, Baby, Burn, When are you gonna learn?).

However, back here in good old, well, visibly ageing, 2014 the punters might queue for days to get their hands on the latest version of the iPhone but they are not exactly beating the doors down to trundle off home with a smart (and expensive) washing machine. It just doesn't have the cachet you know.

And guess what? Yup, Whirlpool, a company that just loves to publicise the sales of its very popular and well-made dumb white goods, point-blank refuses to provide sales figures for its smart appliances. I think we can draw our own conclusions from that unusual reticence.

To be fair, although IoT and M2M is a huge area being enthusiastically championed within the global comms industry, relatively few people outside the technical cognoscenti, know anything about the Internet of Things and/or machine-to-Machine communications. They will, in time, but they don't yet.

So this Whirlpool washer is as much about proof-of-concept as anything else. No one really expects many people to buy the thing but it has garnered lots of free publicity for Whirlpool and, Chris Quatrochi is looking forward not just to 2020 but ten and more years into the future when, he says, things will be very different. "If I could actually build a connected solution that folded clothes, we could all retire." Or you could employ a housekeeper to do the washing and the ironing and give somebody a job.

By the way, the singer, Kate Bush, currently enjoying enormous success in England on returning to the public stage after 35 years of self-imposed exile, wrote a paean to the washing machine on her CD "Aerial."