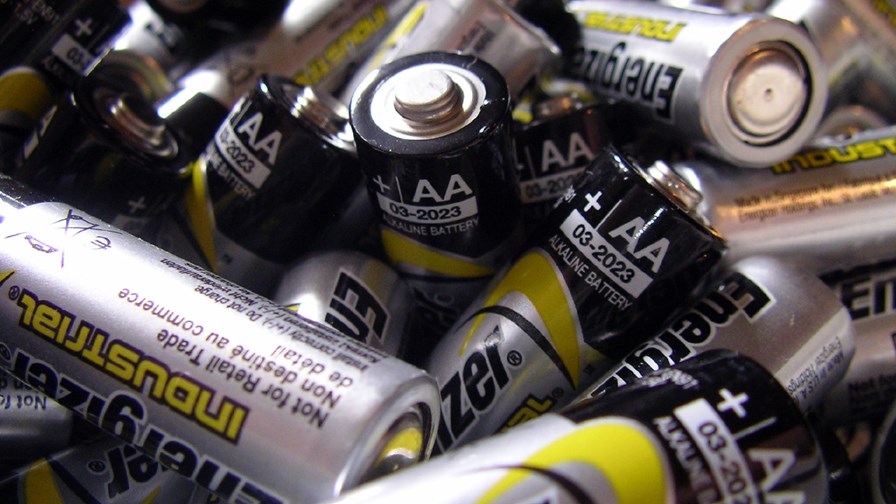 Forget batteries, some IoT sensors could one day be powered by ambient microwaves, after scientists in Japan revealed the invention of a new, extremely sensitive diode that is much better at harvesting nearby signals and convert them into electricity.

Developed by a team of top minds from Fujitsu, the Japan Science and Technology Agency (JST), and Tokyo Metropolitan University, it is called the nanowire backward diode. Unqualified as I am to give even a remedial physics lesson, I will forego a bumbling explanation of exactly what goes into a nanowire backward diode and instead present the following diagram, shared by Fujitsu, which gives a rough overview of how it works. 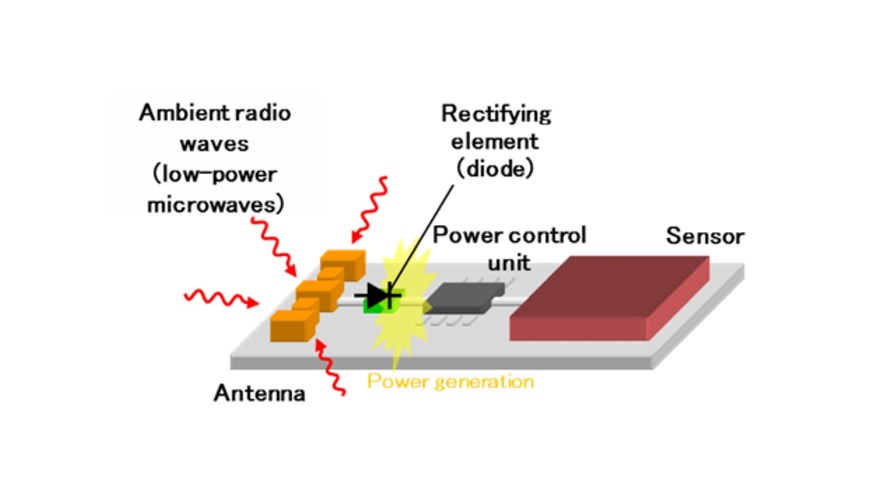 A more detailed explanation of what a nanowire backward diode actually is, can be found here.

As explained by the researchers, similar diodes that have gone before struggle to turn microwaves weaker than one microwatt (one millionth of a watt) into electricity, rendering them impractical unless placed very close to the radiation source. This new diode is able to convert microwaves with a power level of 100 nanowatts (one nanowatt is equal to one billionth of a watt). That means it can be deployed further away from the radiation source, where the level of background radiation is much lower. 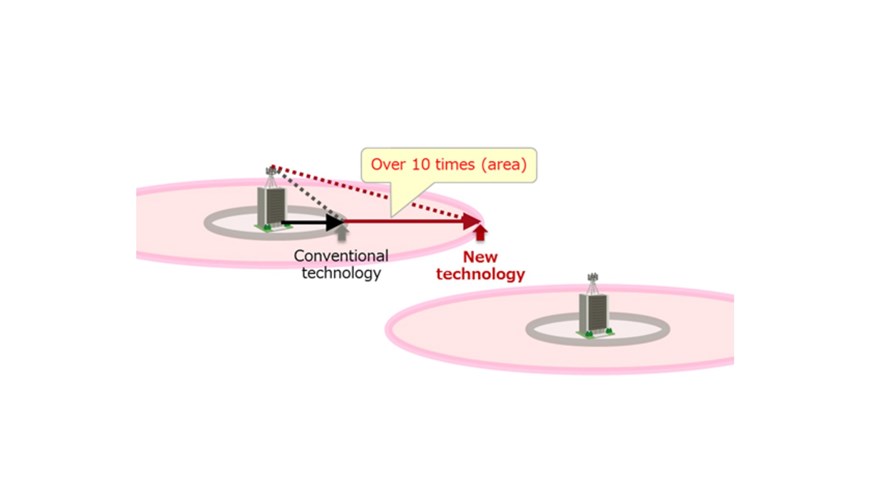 Back down to Earth

Before we all start daydreaming about every IoT sensor running on wireless power, it is important to remember that its practicality is somewhat limited.

"It'll definitely work best for outdoor devices close to a base station," explained Professor William Webb, CEO of Webb Search, in an email to TelecomTV. "But it's hard to design an application on that basis since typically you don't know in advance whether a deployment will be near a base station. That makes it tough to see what the commercial application might actually be."

While densification of mmWave cell sites in high-traffic areas may conceivably create more suitable conditions for this technology, 5G deployments are only just getting underway, so this is not likely to happen any time soon.

What about in-home IoT sensors one day being powered by Wi-Fi? Webb says this is technically possible, but again, there are limitations because Wi-Fi routers emit microwaves at lower power levels compared to cellular base stations.

"This sort of energy harvesting delivers very little power, so it will only work for very low power sensors that rarely transmit, such as a plant pot 'water me' sensor. It wouldn't work for a room thermostat, for example, that would transmit quite frequently. Also, it might only work for sensors relatively close to the router, and not those in areas of poor Wi-Fi coverage. So it is an interesting option, but won't transform the home IoT marketplace," he said.

Still, there is some hope. With the LoRa Alliance claiming that 75 percent of all IoT use cases lend themselves to LPWAN technology, there is a good chance a nanowire backward diode will come in handy somewhere. And with peace breaking out between Wi-Fi and LoRa, it might just find a small niche in the home as well.