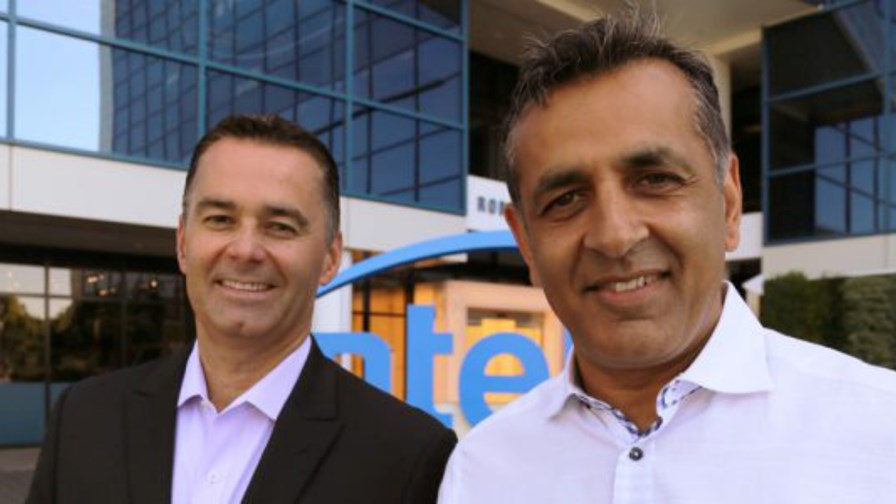 Intel has announced that it plans to expand its programmable solutions portfolio to include structured ASICs by acquiring California-based eASIC for an undisclosed fee. The team of the 19-year-old company, led by CEO, Ronnie Vasishta (pictured with Intel’s Dan McNamara) will join Intel’s Programmable Solutions Group. Intel hopes this will provide customers with more choice, faster time-to-market and lower development costs.

The key market here is IoT, where there is a demand for power-constrained applications that also often have to be high-performance. This also extends into LTE, including cellular IoT, and future 5G applications. Intel says it can also provide a low-cost, automated conversion process from field programmable gate arrays (FPGAs) – including those from other vendors – to structured ASICs.

Customers in the aforementioned markets will often begin deployments with FPGAs for fast time-to-market and flexibility. They then migrate to so-called structured ASICs, which can be used to optimize performance and power-efficiency. A structured ASIC is an intermediary step between FPGAs and ASICs – offering performance and power-efficiency closer to a standard ASIC, but with the faster design time and at a fraction of the non-recurring engineering costs associated with ASICs.

In the longer term, it sees an opportunity to architect a new class of programmable chip that takes advantage of Intel’s Embedded Multi-Die Interconnect Bridge (EMIB) technology to combine Intel FPGAs with structured ASICs in a system in package solution.