Chirp and its data over sound pitch for the industrial IoT 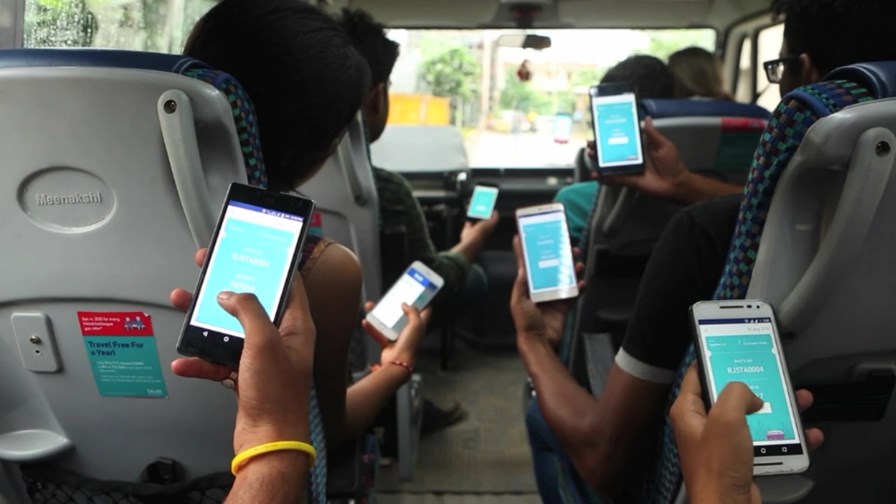 One of the things that 2017 is turning out to be is the year of interactive voice. Teamed up with AI and voice recognition it’s now supposed to be an important way forward for just about every application that might have a human listening at one end and the cloud pitching in at the other...  isn’t that right Alexa?

She says, “Yes, but the developments don’t only involve mere humans, you know. Gadgets are becoming important sound users as well.”

Alexa has probably been talking with Moran Lerner, CEO of Chirp, self-described  global leader in ‘data over sound’ technology. Moran heads up an impressive 12-strong (at the moment) technology team, based in London and is fast developing a large B2B client base for the technology.

Many of us remember the humble modem. Chirp is a sort of ‘back to the future’ play, encoding data onto sound modulations in either the audible frequency ranges (which can be useful when used across equipment designed to deal with voice) and inaudible “near ultrasonic pitches” to form what Chirp calls a "sonic barcode".

“Data is encoded on a sending device before being transmitted, over the air, to a receiving device, or group of devices where it is decoded. Any device with a speaker can emit a Chirp and most devices with a microphone and a small amount of processing power can receive and decode it,” says the blurb.

According to Moran the idea is not to compete with established short range radio protocols, such as Bluetooth, but to slip Chirp into the mix where it might be appropriate for a particular application where the conventional systems aren’t up to it.

“We do things differently to our competitors,” says Moran. “We work to solve real problems not replace other techniques.”

On Chirp’s side is cost. It licenses the technology and will work with clients to embed it for them. So for short ‘runs’ of product it might be relatively costly per unit: “Obviously it’s expensive if you’re doing it with them for the first time,” says Moran, “but once the client or partner understands the technology and they embed it in thousands of units as software, then it works out at a few pennies a unit even if you need to involve a small processor chip.”

Chirp, which has been in existence since 2011, has a healthy backstory of deals and applications already, many with toys. Now it sees big things ahead in the IoT - particularly the industrial IoT.

What sort of applications? Moran says there’s a huge range of possibilities, but the one he likes to cite is the nuclear power application.

“In a nuclear power plant there are restrictions on using radio signals, given they could confuse the machinery and even cause an explosion. So our technology is being used to take real-time readings inside plants.”

Then there are live ticketing applications, applications with Amazon, even a social network for kids under 13 based on using Chirp (see video above) .

“We already have billions of embedded devices of all kinds out there,” he claims.

Now Moran wants Chirp to expand with more licensing deals with strategic partners. It recently signed up  with ITC Infotech, a subsidiary of Indian IT conglomerate, ITC, ITC Infotech says that Chirp’s interoperable software development kits were a big draw. These are available for a wide range of platforms - iOS, Android, JavaScript, Python and Linux, and can work with a broad range of chipsets. ITC Infotech says it plans to use Chirp as it develops applications for clients in many industries from Financial Services through to Manufacturing & Automotive.