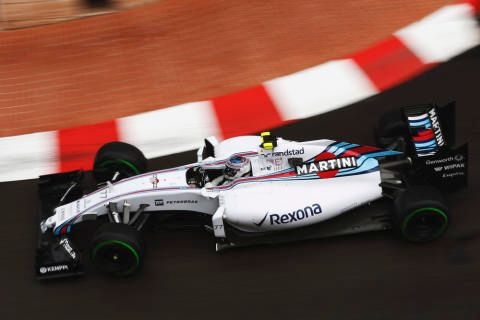 The Williams Martini Racing team now relies on BT to connect the race team from trackside around the world to the race operations centre in Grove, Oxfordshire (UK). With each race producing between 60 and 80 GB of raw data that needs to be sent securely and analysed in real time, high-speed secure connections are of paramount importance. BT’s global network is delivering a 100Mbps connection speed from every test and race venue. Engineers at the track side and at the Grove race operations room can now make the most of the car’s performance by sharing and analysing very large quantities of data in real time, enabling them to collaborate and make changes to improve car performance during practise, in qualifying and in the race itself.

The new network infrastructure has been further optimised through the deployment of acceleration capabilities, removing latency issues when race teams communicate with the control centre back home.

Claire Williams, Deputy Team Principal and Commercial Director at Williams Martini Racing, said: “The connectivity that BT is providing us has enabled our engineers to work in a much closer and much faster way. To have partnerships that bring in technologies that help us find those tenths of a second, those hundreds of a second, and those thousands of a second that will help to narrow the gap and drive our performance forwards. BT have already played a really important part in our transformation.”

Graeme Hackland, CIO Williams Martini Racing, said: “Instant communication has allowed us to take a step forward. BT has provided us with a secure link from every race track in the world back to the factory in Grove. The advice and guidance from BT across the whole landscape of IT challenges, with social, mobile, analytics, cloud, where to put your data and how to make sure it is secure, is absolutely invaluable. Being able to take advantage and benefit from BT’s technology and innovation is tremendously important to Williams.”

Gavin Patterson, CEO BT Group, said: “This partnership is about creating possibilities. It is ultimately about the people and enabling Williams to be the best they can be. Since it was announced in March our best specialists have been installing very fast, resilient and highly secure network services for Williams all over the world to very tight timescales. We share their drive for performance and our technology is being showcased under the most demanding conditions."

The Williams team has grown exponentially since 1977. What started out as a group of 17 people has mushroomed into a company that now employs more than 600 people at its technology campus in Grove, Oxfordshire.

Williams is a leading Formula One team and advanced engineering company. Formed in 1977 by Sir Frank Williams and Patrick Head, the company has secured 16 FIA Formula One World Championship titles since its foundation. The company's core competencies are the design and manufacture of Formula One race cars, and the deployment of this expertise in running the team's entries into the Grands Prix each season.

Williams Advanced Engineering is the division of Williams that harnesses Formula One derived technology, development pace and knowledge to deliver highly innovative products and services to the motorsport, automotive, energy, civil aerospace and defence sectors.