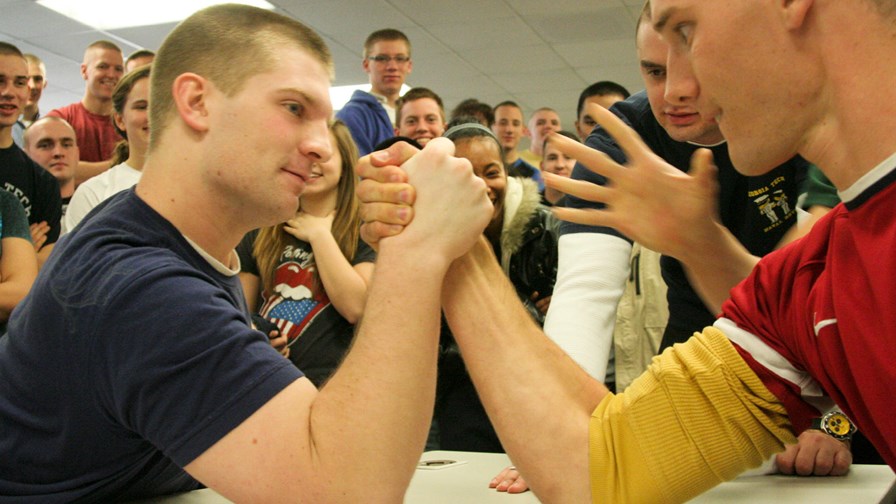 The move by Japan’s SoftBank to buy ARM, the UK’s biggest (only?) substantial IT company has set off a fascinating ripple of consequences. ARM’s chip designs have been planted in nearly all the world’s smartphones and many other devices besides. It has quietly become one of the founding fathers of the digital world and now it’s about to be bought up. Politically the timing couldn’t have been more challenging coming as it has less than a month after Brexit and milliseconds after the UK’s Conservative party installed a new Prime Minister.

The instant response from the UK government was to welcome the deal as a sign of confidence. Investors, said Theresa May, were still prepared to put their hands in their pockets and invest here despite the imminent exit from the single market. But another strand of the Brexit policy was all about regaining control of industrial policy. In an ideal, “Britain on its own and taking on the world” sort of situation (and disregarding the current nature of ‘ownership’ in a globalised world) it’s surely not wise to let foreigners pick off the industrial family silver, goes the line.

But it’s possible that May may be saved yet one more policy conflict. The deal may fail at the Japanese end before any coherent political response is required from the UK.

Questions are also  being asked about the deal by SoftBank's shareholders who worry about sensible things like debt and overstretch. The founder and CEO of SoftBank, Masayoshi Son, remember, is not Japanese but Korean, and as such has a sort of license to be bolder and more risk-taking than his Japanese executive contemporaries. But that long leash has its limits. Just because his gambles have paid off handsomely in the past - his decision to buy Vodafone’s loss-making Japanese operation and turn it around was a triumph - doesn’t mean his luck will continue.

After all, sometimes the confidence gained with one deal can lead you astray in the next, as Son may have already discovered with Sprint. Having bought a majority stake in the struggling then number three US mobile telco in 2013 in expectation of pulling off another Vodafone Japan turnaround, Sprint has struggled even more and is now US #4 having been overtaken by T-Mobile.

That wasn’t in the script. Son has a 19 per cent stake in SoftBank - is the biggest single shareholder - but is clearly subject to challenge should things start to go downhill. In the wake of the ARM announcement, Softbank’s share price tanked by 10 per cent and there were grumbles from shareholders that he may have overstretched the company, piling more debt on top of the current £86 billion already weighing down the balance sheet.

It’s easy to see why ARM is a valuable property right now. Twenty sixteen is all about IoT, after all, and ARM has long been alive to the possibilities (See - Ecosystem-fostering: ARM offers IoT platform and free operating system).

No doubt SoftBank, in common with just about every other telco, has IoT on its strategic must-do list as well.

But some observers see a possible game-changing motive at work here. Can Son have cunning plans for a next generation of mobile phones, data centre servers and end-user devices using ARM technology? And can he somehow corral and vertically integrate that technology along with his other properties to achieve the goal?

Certainly he appears to be steering SoftBank towards some sort of vertically integrated  service provider model (like many others) with his ownership of Yahoo Japan and his holding of a third of retail giant Alibaba. Add to that the  purchase of wireless distributor Brightstar about three years ago (see - SoftBank to bite a chunk out of Apple's and Samsung's profits?) and the beginnings of such a strategy might just about be visible. But if true there’s a massive problem. First, the technology business doesn’t really work in this way any more. Any boost in underlying processor power would be a tide to lift all ships, not just SoftBank’s.

The reason? ARM’s business model is built on its neutrality. It licenses its low power processor designs  to other companies like Qualcomm (which adds the radio bit), but also to the likes of Apple and Samsung as well. That neutral model - crucial to keep all those big customers on board - would be at risk if ARM started fencing off some of its innovation for its parent’s exclusive use. It’s even been suggested that Apple, Google and others might even be prepared to mount a counter-offer to stop ARM falling into the wrong hands. Unlike Son, several of those companies have the ready cash to do it.