ICANN can but Ethos Capital can't 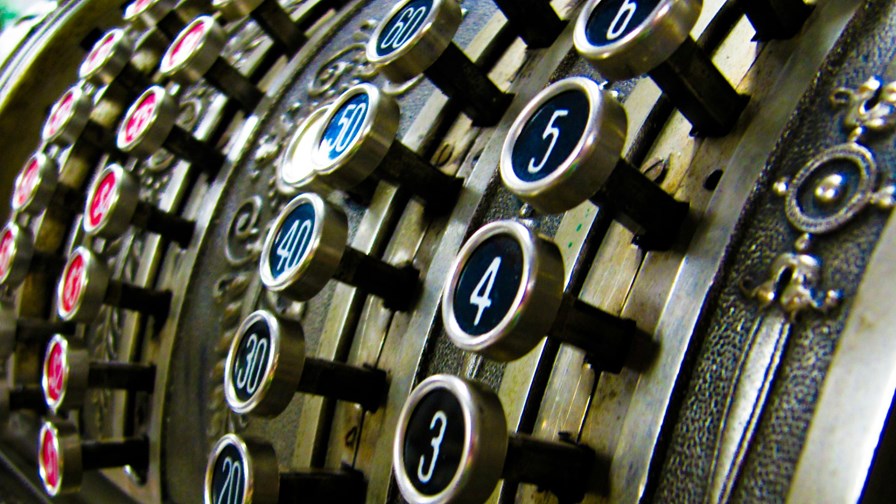 Over recent months there has been much controversy about the mooted sale of the .org Internet domain that is used mainly by not-for-profit organisations and charities. Now the organisation responsible for the oversight and policing of top-level domains, the Internet Corporation for Assigned Names and Numbers (ICANN), has finally stepped in and blocked the transfer from the public sector to the private. Reaction has been swift and partisan.

Those in favour of the decision see it as a victory for the continued stewardship and protection of the not-for-profit sector from a world now dominated by rapacious, money-hungry, freebooting Internet capitalists. Those against the ruling regard it as prima facie evidence that ICANN is a crypto communist cadre of Marxist apologists who would like to see, and to play a major part in, the elimination of private profit, the establishment of centralised command economy and a new world order.

These are two sides that are never going to meet amicably in the middle to discuss the price of cheese over a glass of merlot, and both parties have been, shall we say, less than transparent about the deal.

Here's the griff: the Domain Name System (DNS) was instituted back in 1983 with the remit to make the nascent Internet stable and comparatively easy for ordinary (i.e. non-techie) people to use. Top-level domains (.com, .org. .gov, etc) were introduced in 1984 with .org being reserved for non-commercial bodies that fell outside the remit of the other top level domains.

Between 1984 and 1992 the .org domain was managed by the Stanford Research Institute in California and was financed via a grant paid by the US government. In those days .org domain names were awarded free of charge and on request, contingent on production of proof that a .org designation was appropriate.

Then, in 1993, .org was privatised and responsibility for the domain name was transferred to Network Solutions, a US limited liability company based in the state of Virginia close to the American seat of government. It is a subsidiary of Web.com, itself a major .com domain name registrar. Originally, Network Solutions charged a US$100 fee to register a .org domain name for a limited two year period. That fee was later reduced to $70 after an antitrust lawsuit was brought, fought and won.

In 1998, ICANN was formed and immediately instituted a system that separated registries, which organise the foundational database of domain names, from the registrars that are the retail providers of domain names. Other new generic generic top-level domains such as.biz and .info were introduced back in 2001 but Network Solutions, kept its monopoly on .org, .com and .net.

In 2000 Verisign acquired Network Solutions and a year later it gave up control of .org in return for being allowed to keep .com and .net which were making Verisign a shedload of greenbacks. ICANN said that moving .org from Verisign to a new public registry would "return .org to its original purpose and intended function as a registry operated by and for non-profit organisations." Verisign had to pay ICANN $5 million to fund future operating costs.

Later a "perpetual 10-year contract" to run and manage .org was awarded to the not-for-profit Internet Society - with the caveat that the organisation could regularly prove itself to be financially sound and not be in default of its obligations more three times over a given period. However, by 2002 it's finances were in a mess and so the Public Interest Registry (PIR) was formed. Interestingly for an Interest Registry it had just one member - the Internet Society.

Last year ICANN announced its intent to removal of the price cap on .org registrations. Prior to that the Public Interest Registry could increase the wholesale price of a .org domain by no more than 10 per cent per annum. The proposal was published on the ICANN website and opened to for public comment. Less than one per cent of the more than 3000 individuals and organisations that commented were in favour of the proposal and ICANN decided that it would therefore not alter the .org status quo after all, ostensibly because of the public opposition. However, there were many within ICANN who had wanted to see the sale go through.

On May 8, 2019, the former CEO of ICANN, Lebanese born Fadi Chehadé, registered the domain name EthosCapital.com. On November 13, the Internet Society announced that it was divesting itself of the Public Interest Registry, and that Ethos Capital would be acquiring its assets. It later emerged that Mr. Chehadé was an advisor to Ethos Capital.

Then the Internet Society announced that it had sold the rights to the .org registry (there are upwards of 10 million organisations listed on it (for an undisclosed sum believed to be not un-adjacent to $1.25 billion) to a private equity company called - wait for it, wait for it - Ethos Capital.

Records show that Ethos Capital was founded by Erik Brooks, a former managing partner at another private equity outfit, Abry Partners. Despite the claim that Ethos Capital "understands the intricacies of the domain industry", Mr Brooks has no personal experience of the sector.

One who does though is Nora Abusitta-Ouri, who, from 2013 used to be ICANN's Vice President for Development and Public Responsibility Programs. She is now the Chief Purpose Officer at Ethos Capital  Indeed, she and Erik Brooks are the only two listed employees of Ethos Capital (I wonder who makes the coffee?) but, as mentioned earlier, Fadi Chehadé is shown to be an 'advisor'.

The proposed acquisition is all the more interesting because the Internet Society has confirmed that none of the stakeholders that would have been affected by the sale had been consulted about it and, further, that there were "no safeguards in place to protect the interests of .org, .ngo and .ong registrants.

ICANN was eventually compelled to rescind its approval for the acquisition following the intervention, in January this year, of the Attorney General of California, Xavier Becarra. He said the acquisition "raises serious concerns that cannot be overlooked" and demanded to see all documentation from all parties involved in the potential transaction.

His main concerns were that, in the event of acquisition, ICANN and the Internet Society were likely to be in breach of their public interest duties in regard to registered charities under the aegis of the state laws of California. Last week the ICANN board of governors decided not to allow the transfer of control of the PIR to Ethos Capital on the grounds it was "the right thing to do". That fact that Xavier Becarrs had threatened to follow up with a subpoena seems to have had nothing to do with the decision.

So, Ethos Capital might be down, but it may not be out. There's the potential for a private company to make a lot of money from upping the price of domains while another incidental effects of going private might include the arbitrary shutting down of websites and the imposition of effective censorship by exclusion imposed by a company operating purely for profit. PIR itself has said that Ethos capital "has no meaningful plan to protect or serve the .org community" but, in separate document, called  ICANN's decision, "disappointing" and added that it "represents a failure to follow its bylaws, processes and contracts."  It's enough to make a cat laugh.

As usual it's a matter of "needs must when the devil drives" and ICANN, finding itself being pushed into a corner by the implicit threat of legal action on the part of the state of California, has changed its tune and is claiming that "the entire board stands by this decision", made after "thorough due diligence and robust discussion."

However a significant number of ICANN board members and executives, including the current CEO, had been supportive of the deal and keen to see it rubber stamped. The entire board might stand by the decision now, but it most certainly didn't do so up to a few days ago - hence this statement, "ICANN roundly rejects Ethos Capital's plan to transform the .org domain registry into a heavily indebted for-profit entity. This is an important victory that recognises the registry's long legacy as a mission-based, not-for-profit entity protecting the interests of thousands of organisations and the people they serve." The takeover would have saddled PIR with $360 million in debt which would have to be serviced whilst also providing dividends and other returns to the shareholders.

For its part, the Internet Society has announced that it will not make any further attempts to sell PIR. The CEO, Andrew Sullivan, posted this on Friday, "Now that we know that ICANN believes its remit to be much larger than we believe it is, we can state this clearly: neither PIR nor any of its operations are for sale now, and the Internet Society will resist vigorously any suggestion that they ought to be."

For its part, Ethos Capital has stated, "ICANN has overstepped its purview, which is limited to ensuring routine transfers of indirect control (such as the sale of PIR) do not impact the registry's security, stability and reliability. Today's action opens the door for ICANN to unilaterally reject future transfer requests based on agenda-driven pressure by outside parties." Ethos Capital, of course has no agenda.

Interestingly, Ethos Capital, which is headquartered on the Indian Ocean island of Mauritius, is surrounded by a complex superstructure of no less than six different shell companies. They were registered simultaneously and a matter of days before the Internet Society received notice of intent to acquire it. The process is called asset stripping. Had the sale gone ahead the .org registry would have been at least $360 million in debt from the very outset and it would have been the .org stakeholders who would have had to pay for it.

The Ethos Capital website tells us that its corporate moral compass points steadfastly to "a commitment to operating ethically, responsibly and in the best interests of all stakeholders and the broader community" and that the company values "authentic relationships, honoured commitments, intellectual honesty and mutual respect - always with humility" above all else. Rather like Uriah Heep then?

Digitising the connection between people and things

Big Data monetization on the move