Samsung is now ‘king of the chips’: or is it? 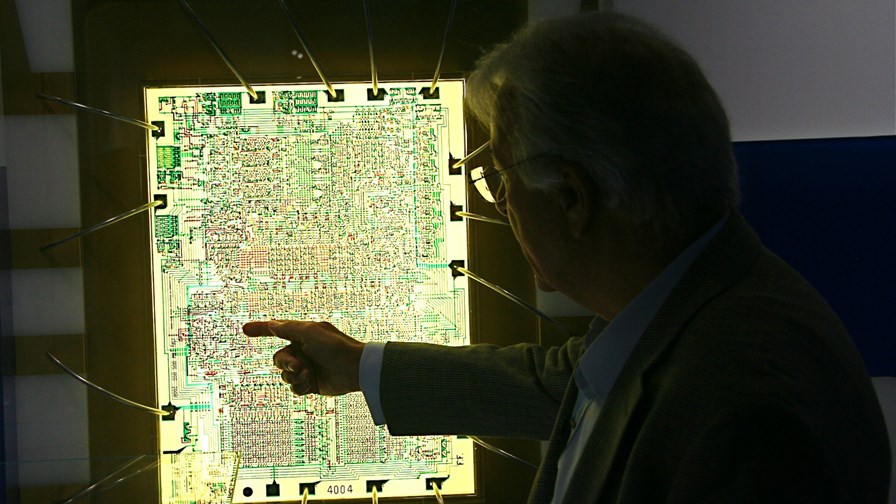 In a flurry of confusing financial numbers, Samsung was crowned the king of the semiconductor industry last week as it apparently surpassed Intel in profits and sales. Observers observed that this was the first time in 25 years that Intel had been knocked off the top spot, and they tended to further observe that things were actually close enough for Intel to regain its crown at some point, if only briefly, such was the relative volatility of the semiconductor market and the closeness of the race. On balance though Samsung semiconductor output is widely expected to overtake Intel's this year.

According to Associated Press, Samsung’s semiconductor business reported $7.2 billion in operating income on revenue $15.8 billion in the quarter, while Intel said it had earned $2.8 billion on sales of $14.8 billion - so Intel was apparently beaten on both measures, even though it reported higher revenue than the $14.4 billion the markets were expecting. .

Key to Samsung’s quarterly lead was the Korean company’s long-standing speciality - memory chips. In particular today Flash Memory, the market for which is being driven by mobile device and cloud growth. That market change has put Samsung in the hot seat. But such is the nature of semiconductor  investment cycles that some observers think that Intel could catch up with Samsung on memory chip revenue later this year when its own memory chip production is expected to have ramped up.

Samsung’s turn for some good news?

But perhaps Samsung was due a dose of upside following its famous exploding phablet disaster and the little matter of its vice chairman, Lee Jae-yong, arrested on serious corruption charges (see - Samsung boss arrested as South Korean bribery scandal deepens).

Now the country’s technology industry is taking heart from analogies to other industrial epochs -  perhaps, they hope, semiconductor dominance is akin to the oil dominance enjoyed by Saudi Arabia, say, in the mid 20th century?

Probably not, silicon being one of the world’s most common and easily-mined substances. Data, which IS often characterised as the new crude oil, is certainly valuable, but it doesn’t necessarily need Samsung memory chips get make it so. Intel and other chips will do almost as well.

The fact that the two companies are pretty-much neck and neck, with Intel dominating in processors, and Samsung cleaning up in memory might be because it’s in the interests of downstream OEMs to keep them finely balanced in terms of overall market power.

But who’s the ‘winner’ and who’s the ‘loser’ on a photo finish is apparently important, at least to industry observers.

IHS Markit thinks it’s found a flaw in the way the financial analysts have been looking only at the top line to select the Intel/Samsung winner. It maintains that the actual revenue generated by the individual companies from the sale of their own products presents a different picture.

The focus, it maintains, should be on merchant market revenue: that’s the revenue obtained by a company through the sale of its own semiconductor components, and that means that in a market share calculation, the sale of components to 3rd parties should not included since a 3rd party will be credited with the component sale into the market (double counting!)

Samsung’s total revenues of US$15.5 billion includes an estimated $1.1 billion of foundry services revenue. So with subtracting out the foundry revenue Samsung’s merchant market sales also ends up at $14.4 billion.

Amazing. Let’s call it a draw.