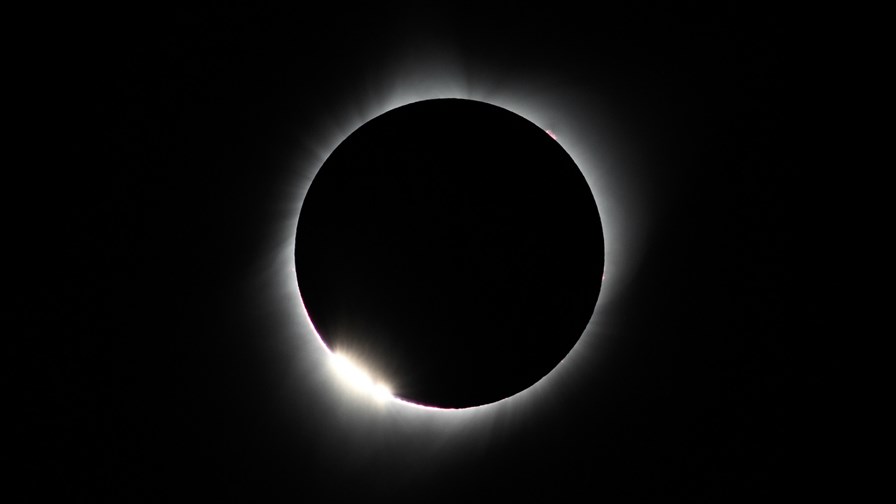 Intel has cunningly latched its 8th generation core processor announcement onto the solar eclipse that yesterday streaked across the continental USA for the first time in about 100 years.  New generation processor announcements from Intel aren’t nearly as rare as eclipses, but both phenomena are supposedly governed by immutable laws.  Astronomy in the case of the eclipse and Moore's Law in the case of Intel’s processor offerings.

For the uninitiated, Moore's Law was coined by Intel co-founder Gordon Moore in 1965 when he noticed that the number of transistors on integrated circuits tended to double every year. He predicted that this would continue for the foreseeable future.

OK, so Moore's Law isn’t exactly immutable, but it has been more or less humming along for the past 52 years and that’s quite an achievement for any law. So subtly linking the two things in a blog post penned by Greg Bryant, Senior Vice President and General Manager of Client Computing Group at Intel, was a clever move

Greg took the opportunity to ruminate on how processor technology (Intel’s especially, of course) had accelerated both hardware development and applications.

“If you go back even five years, a “thin” laptop was still more than 20 mm, 4K content was only starting to take off and Oculus (virtual reality headsets) was kicking off its Kickstarter campaign. Compare that with today: Laptops are less than 11 mm, 4K content is pervasive and, with the advent of Windows Mixed Reality, VR is being baked right into the operating system people use every day.

“The last time we experienced an eclipse like this was almost 100 years ago. If you weren’t directly in its path, you would miss it entirely – assuming you even knew it was happening in the first place. Now, people from all over the world can be part of the moment, and a huge number of them will be using their computer. But for those 450 million people using a machine that is more than five years old, the experience will be vastly different. Vastly compromised….”

Enough of the shameless promo.

Intel says it is to start rolling out its ‘8th Gen’ processor family today, beginning with a range of mobile processors aimed at light notebooks and 2 in 1s.

The big performance improvements will result in real-world application improvements, Intel claims. For instance, manipulating photos or slideshows will be up to 48 per cent faster on 8th Gen vs. devices powered by the processor Intel released last year; while editing video footage will be up to 14.7x faster. Rendering what used to take 45 minutes on a 5-year-old PC, will now take three minutes it claims.