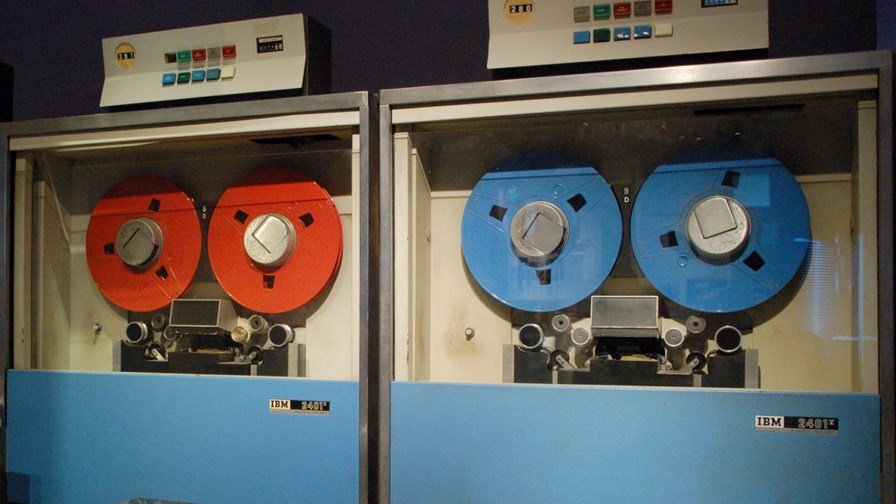 When computers lived in glass boxes, were tended by white-coated types with clipboards and most often had an IBM logo, the important visual cue was that jerky reel to reel tape. That’s how you knew it was a computer.

In fact IBM was the tape pioneer. Its 726 Magnetic Tape Unit was launched more than 60 years ago and it used reels of half-inch-wide tape with the astounding  capacity of about 2 megabytes - more than ample for any application.

IBM’s computers soon adopted other storage media: there were big disk packs, sealed Winchester drives, floppy and optical disks, but the magnetic tape never went away and IBM (amongst others) kept on improving it to hold more and more data. On it went, in a succession closely resembling a magnetic version of Moore’s Law.

So today, IBM assures us that tape is still the most secure, energy efficient, and cost-effective solution for backing-up and archiving the ever-growing data mountain thrown up by big data, cloud computing and - soon - IoT.

This new record ‘areal’ (pertaining to an area)  recording density is more than 20 times the areal density used in current state-of-the-art commercial tape drives. By the way, the big reels of magtape as displayed above are long gone. The new technique can record up to about 330 terabytes  of uncompressed data on a single tape cartridge small enough to fit in the palm of your hand. That much storage (biblio comparison warning) could accommodate the text of 330 million books.

All sorts of techniques have been thrown at the tape to get it into commodious shape:

And I know. You want to know what sputtering is. IBM says it involves bombarding a target material with energetic particles such as non-reactive argon gas ions, causing atoms to be separated from the target source and deposited on a substrate. This takes place in a vacuum container with atoms ejected from the target source needing to attach themselves to something, like the substrate, so as to regain thermodynamic equilibrium.

Doesn’t sound as though tape is anywhere near the end of its road yet.