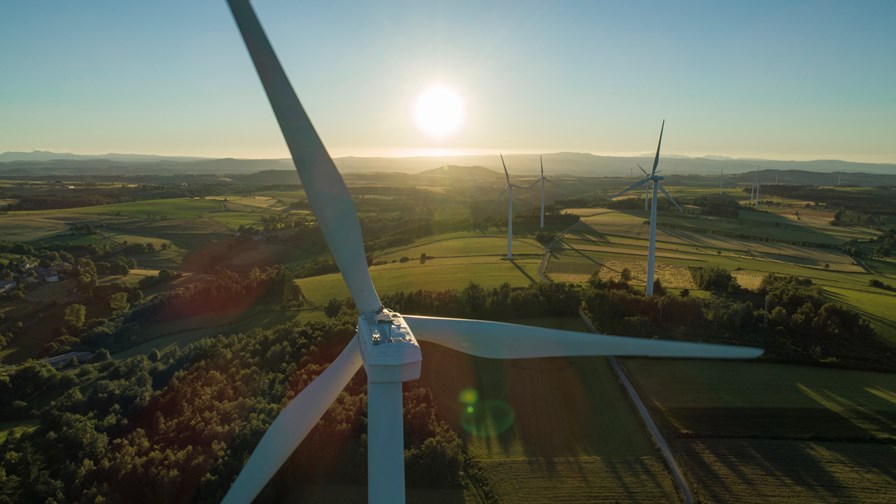 Energy consumption growth in mobile is shaping up to be one of the thorny problems facing the mobile industry as signs emerge that 5G could consume more power than 4G. In an industry which has built its success on technology improvement on all measures at every turn of the standards crank, this is a troubling development and it hits home in two ways.

First, it’s a public relations and governance problem for any telco which takes its sustainability and social responsibilities seriously, and today that means all of them (as far as we can tell). Just last week we reported the formation of the European Green Digital Coalition and of course telcos and prominent equipment providers were high profile signatories amongst the 24 companies signing up, including DT, Telefonica, Ericsson, Telia and Vodafone.

But the other big sustainability spur for telcos is opex: quite apart from environmental/moral considerations, the cost of electricity as a proportion of  operational expenditure is already surprisingly high and rising. Estimates of between 20% to 40% of a telco’s network opex are not unusual and set to rise still further as a proportion as telcos introduce innovations such as network automation to transform the human cost of operating the network.

First of all, of course, figures can be used to show that the ‘power required per bit’ is projected to go down as improved 5G technologies are introduced even as the total power used to drive the denser network configuration goes up, but the per bit reduction is not a ’get out of jail’ card. An industry providing a defined set of functions to society must reduce the environmental cost of  doing so as the technology evolves, just like every other sector does.  Also, the old cry of ‘sure, we use more power but our services assist other sectors to lower their own consumption’ are double counting and won’t cut it.

Fortunately TelecomTV ran a very successful session on this very subject as part of its DSP World Leaders Forum. It was clear from the contributions and questions that power consumption is currently front-of-mind in the industry and front of mind for the members of our expert panel for the ‘After Show Live’ session on Day 4 so we’ll distill and pass on some of the most useful observations. Or you can watch the whole thing here. Do both.

So, thinking about the 5G network, the panel was asked what  the most power hungry part or function of the network and therefore, perhaps, was the best place to focus the power saving effort?

There was total agreement that the radio portion was the most hungry by far - the core network consumes around 20 per cent of the power required with the radio network consuming 80 per cent. So that was simple, but never fear it gets complicated soon enough.

What about millimetre wave? Will that consume more energy as some are claiming?

According to Miguel Carames, Director Network and Technology planning at Verizon, it may be more hungry to start with, but as with the other radio technologies it’s likely to benefit from R&D and become much more power miserly over time, so it’s a yes and no on that one. Most answers have a ‘yes and no’ component because standards are not static arrivals, but starting points. They evolve.

José Antonio Aranda, Innovation and Product Strategy Director, Cellnex, was asked what could be done to reduce power consumption? The reality is that the 5G radio network is three times lower on power consumption than 4G he says.

OK, so what if we looked at the carbon footprint rather than pure power savings. In other words, could the industry use green energy and count that as an equivalent gain?

It may be important to note here that ‘sustainability’ in this context can be pursued in at least two ways. First there is hardware and software changes to ensure a system or subsystem simply uses less power. Then there is reducing your carbon footprint.

In the  ‘footprint’ scenario you (as a telco) might use as much power as before, but buy either green energy to supply it  (and therefore reduce the amount of carbon you’re causing to be released into the atmosphere); or you could invest in technology such as solar and/or wind power to harvest replacement energy.

The difference in approach here might boil down to cost. You can always buy green energy but that will be a recurring cost with no way of ensuring the price won’t rise into the future, while improvements in software and management techniques might carry an ‘up front’ cost, but can be carried on into the future and into future Gs.

Like all good telco problems it will be a case of getting the mix right while ensuring other telco objectives such as network resilience and an ability to service remote locations, aren’t compromised.

José Antonio points out that the expectation is that mobile operators will spend the next 10 years building and using wind turbines - especially in areas where it’s difficult to get power supply. And eventually between 30 and 40 per cent of their sites will have wind turbines and be using solar panels in around 80 per cent of their sites, he says. With today’s solar and wind power, telcos could reduce the need for power from external sources in the RAN to zero.

Jane Rygaard Head of Dedicated Wireless Networks and Edge Clouds, Nokia, backs up José Antonio with the observation that by using green energy the carbon footprint can be dropped by 90 per cent (though not the expensive power consumption itself). Jane says there is some scope for making an actual  positive contribution through what’s being called a “handprint” (as opposed to a footprint) where energy used to power and cool a data centre, say, can be re-used as heating for people or greenhouses (for instance)

Miguel Carames points out that large gains are likely to be made with the virtualisation of the radio technology in the RAN. He says this opens the possibility to use software agility in many ways - powering down or reassigning compute resources when not needed, for instance. That can be an easy power win.

Susan James, Senior Director, Telecommunications Strategy, Red Hat, adds that cloud has a huge role to play in this sort of energy reduction - using containers to move workloads to the edge can lead to big savings and having the ability to ‘tune down hardware resources’ you don’t need at that moment offers huge gains too.

What about applying AI and advanced orchestration?

Paul Miller, Chief Technology Officer, Wind River says domain automation is going to be important as regards energy consumption. “It used to take a tremendous amount of time to perform service creation and delivery tests, but when it’s a fully automated cloud environment it’s literally a click of a button to deploy services and spin up new capabilities. When you talk about a reduction in time, you’re also talking about a reduction in energy to get those services deployed. That has a significant impact.”

Jane Rygaard says optimising and sharing resources really only works when we become truly cloud native on the radio side. “If we can’t co-host applications we can’t share the resources and I’ll need as many resources as I did before,” she says. And as regards using CPUs  and virtualisation, we’re not there yet in terms of energy reductions, she says. “It’s still more power efficient to use a super-optimised radio post.”

The last word here can go to Susan James. “It’s about optimising  at every level of the stack, be it the hardware, the platform or the application,” she says.

As is clear from the answers above, there needs to be focus on optimising with a beady eye on what’s happening (or not happening) at the other layers. “It’s about optimising as a totality,” says James. “If the application can’t tell the hardware that it doesn’t need that particular clock-speed, then you’re not going to be able to reduce that energy consumption. It must become an ecosystem effort.”