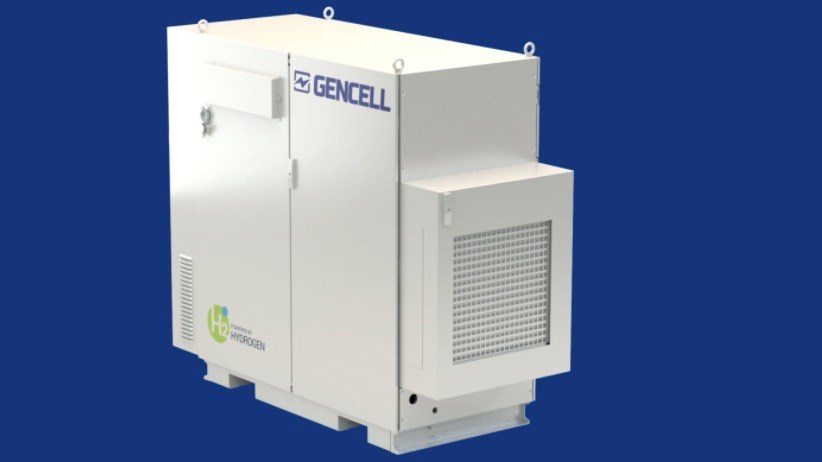 Israeli fuel cell specialist GenCell Energy has unveiled a solution that generates power on-demand from ammonia and which is specifically designed for telecoms sites where electrical power grids are unreliable or completely unavailable.

Full commercial availability for the product isn’t until 2023, but the company is heading to Barcelona  for the Mobile World Congress (MWC) event later this month to take pre-orders.

In essence, the company claims its solution uses hydrogen derived from liquid ammonia and can provide emission-free fuel for telecoms sites.

It also enables power storage and generation of power on-site and on-demand, even after an extended stand-by status.

Reshef also said GenCell FOX requires low maintenance and servicing, with refuelling needed only once a year, and can be deployed to complement solar panels and wind power solutions at telecom sites.

The end goal for the solution is to make energy more available and affordable by generating economical primary power for off-grid locations. It can be positioned in rural and remote areas, alongside a tank of 12-15 tonnes of ammonia for the solution to run with minimal servicing, according to the company’s chief.

Reshef also said the company’s next step towards “well-to-wheel green ammonia” is to synthesise the ammonia fuel for water, air and sunshine. “With the right technology, electricity can be cultivated – like grass or flowers”, he noted.

“We are urging telcos to make the shift to hydrogen now, in time to achieve the world’s crucial climate goals”, Reshef stated, highlighting that hydrogen fuel cells were a key technology needed to “enable decarbonisation across industries and across the globe”.

The GenCell CEO explained that nearly half of the world’s population lives in locations where the electrical grid is either not stable or non-existent.

“Right now, we have more than 1 million telecom base stations that are not connected to the grid or are connected to a poor grid” that needs supplementing for hours each day. “All these sites are powered by diesel generators and the cost to the telco industry is around $20 billion for diesel fuel. This industry emitted around 50 million tonnes of carbon dioxide every year [from these sites].

We can see a need to displace this fossil fuel platform in order to power these sites,” he noted.

Reshef explained many of these sites are in developing countries in South America, Asia and Africa, but more developed economies such as the US and Europe also have many places lacking grid connection.

“Telcos would like to increase the number of the sites hosting 5G units and right now they are holding back because they are depending on the ability of the local utility to offer them power. With that solution, we can offer them 100% green power in remote grid or off-grid – an immediate solution that will allow them to increase their spread of 5G in other countries,” Reshef maintained.

The company has been partnering with Deutsche Telekom on another of its solutions, called Backup Operations eXtender (BOX), which provides hydrogen fuel cell systems, on its potential use in the operator’s networks since July 2021. Essentially, the companies have undertaken an initial lab test to see whether the product is suitable for its needs, and the solution was approved for integration into a Deutsche Telekom cell site for upcoming field testing. GenCell claims the operator is expected to add the solution to its product catalogue across its corporate network, but further detail on the deal is to be unveiled in the coming weeks.

There is not a lot more information about deals with other operators, but Reshef mentioned the BOX solution was already deployed “at telco sites around the world and the off-grid solution has been tested in pilots by leading global telecom providers”.

The company’s target markets are North America and Europe.

“We are working with global telco providers that have tested and started to implement our solution in their network. One of the things that we are extremely proud of is that our system already works in extreme weather conditions, such as in temperatures of minus 44 degrees Fahrenheit in North America. It means that the system is very resilient to work in different environments but also the fact that we have the full connectivity to the EMS [energy management system] platform”, GenCell CEO said.

Its business model focuses on building a product portfolio and working with its end customers “as a good provider but definitely also as a partner that can offer them energy. Energy-as-a-Service (EaaS) is something that is definitely something that we are offering to our customers,” Reshef explained.

He is confident in the “enormous” financial, social and environmental benefits from its solutions. In terms of the operational costs of operators, the company has estimated the technologies can bring 20% to 50% savings per kWh in some explored scenarios.

As an example, he said that currently, in some countries, energy is more than 50-60% of the total operational cost for operators.

The case for GenCell is clear – with a loss of $8.2 million by 30 June 2021 compared to $3.5 million loss at the end of June 2020, and with a potential for global demand for hydrogen projects to rise to $500 billion by 2030 (according to data from McKinsey & Company), the Israeli company naturally seeks every opportunity in the telecoms sector and beyond to sell the benefits of its solutions and promise a greener present and future for all involved.