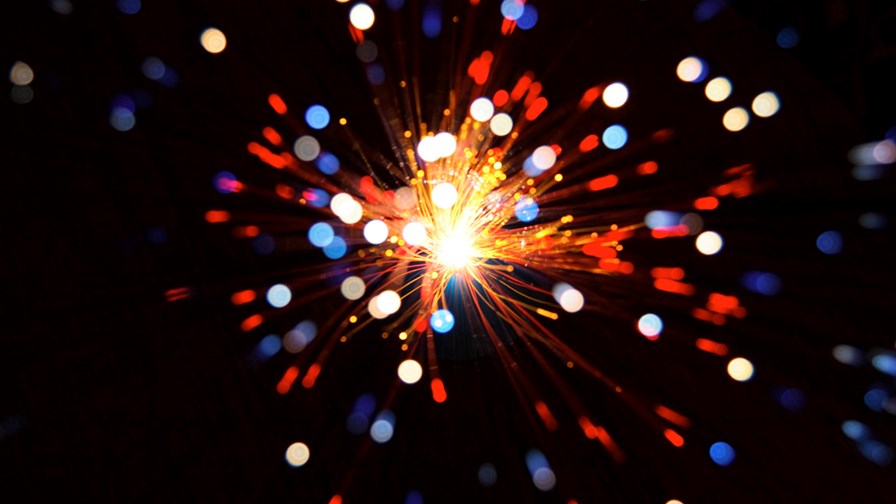 Submarine cables may not be the sexiest of technologies but they are robust, dependable, they do the job and, as history has shown, can be tweaked and tweaked again to  provide faster and more efficient communications.

Thus, even though research into and development of improved subsea cables continues apace it seldom gets the sort of industry or media attention that is routinely lavished on 5G or network transformation based on SDN and NFV. However, today comes the news that the Japanese telco, NTT, is about to demonstrate a new fibre-optic system that, by placing 12 separate cores (or light paths) within a single 125 micron glass fibre, will be able to handle traffic at 1.44 PETABIT per second. Lest we forget the order of magnitude being achieved here, a petabit is one quadrillion binary digits or one thousand terabits.

Back in 2012 NTT, in partnership with Fujikura, Hokkaido and the Technical University of Denmark. demonstrated one petabit transmission on a single-strand 12 core fibre over a distance of 52.4 kilometres - the equivalent of simultaneously transmitting 5,000 two-hour-long HDTV-standard movies in a single second.

Generally, efforts to increase optical network capacity to accommodate ever-increasing data traffic have been focused on lowering the cost of infrastructure by developing more efficient optical communications equipment whilst maintaining the current and proven structure of the optical fibre itself. The fibre most commonly deployed in extant long-haul networks is a terabit per second.

The problem with multi-core fibres is that light can actually 'leak' through and between neighbouring strands with concomitant crosstalk, interference and loss or degradation of signal and transmitted data. NTT scientists have been working to pack more spatial paths into fibres to ensure than each glass strand can accommodate multiple paths.

NTT scientists have concentrated on placing 12 cores in a square lattice after also having  looked at the viability of a 10 core circular model and a 19 core hexagonal model. It turns out that the 12 core configuration is the optimum configuration within a normal 125 micron fibre. The 10 core model resulted in reduced throughput of data while the 19 core, whilst it did provide more data throughput, could not be crammed into a 125 micron fibre. It needed 250 microns and that obviated the raison d'etre of the research given that the task was to increase throughput in 125 micron fibre.

The full details of the trial and its results will be released and debated at the OFC's Optical Networking and Communication Conference and exhibition to will be held in Los Angeles, California between March 19 and March 23. However, as far as commercial deployment of the new technology is concerned, NTT says it is at least a decade away.

CityFibre completes a £1.125bn financing in the largest ever capital raise for UK Full Fibre deployment