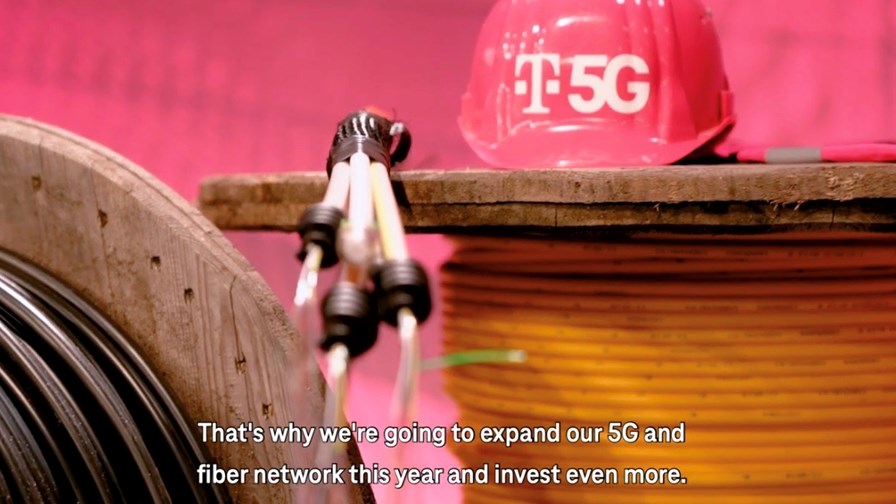 The chief executive of Deutsche Telekom confirmed that the operator is well on its way to achieving its target of deploying an additional 1.2 million fibre-to-the-home (FTTH) lines by the end of this year, and indicated that the intention remains to accelerate deployment to 2.5 million per year.

Speaking during the earnings calls (via an interpreter) for the second quarter (Q2) of 2021, Timotheus Höttges said DT rolled out FTTH to around 340,000 households in Germany during the first half of 2021. Höttges had already said in February that DT is focusing on deploying 2.5 million FTTH lines per year by 2024, which would put it on track to reach ten million households by the end of that year.

Höttges reiterated the aim to cover all German households and business premises with FTTH networks by 2030. However, he continues to emphasise that DT needs help from other providers to reach that objective.

“We will make a major contribution to achieving this goal, which we’ve repeated over and over, but the other portion has to come from our competitors. We cannot digitise Germany on our own, much as we would like to,” he said.

During DT’s Capital Markets Day 2021 in May, the CEO had already said that 100% network ownership is impossible and called for partnerships to help drive the deployment of fibre broadband services throughout Germany.

On the mobile side, DT also made progress with its 5G network, upgrading more than 800 additional sites in Q2 and now providing 5G coverage to 82.4% of German households. DT switched off its 3G network at the end of June and began using the freed-up spectrum for 4G and 5G.

In terms of its financial performance, Höttges, flanked by chief financial officer Christian Illek, presented a broadly positive set of results for Q2 and the first six months of 2021, with a particularly strong showing from T-Mobile US. The group also raised its profit outlook for the second time this year and said it now expects adjusted core profit to reach €37.2 billion (US$43.7 billion) this year, up by €200 million from its previous guidance in May.

Analysts from Jefferies said DT has maintained momentum, and noted that the revised outlook reflects the increased guidance at T-Mobile US, which reported its Q2 results on 29 July.

Group Q2 net revenue rose 6.8% year-on-year to €26.6 billion when adjusted for changes in the composition of the group and exchange rate effects. Adjusted EBITDA AL increased 1.1% to €9.4 billion. On a reported basis, the results were adversely affected by a weaker US dollar compared with the prior-year period: revenue was down by 1.7% and adjusted EBITDA AL fell by 4.2%. The net profit for the quarter was reported at €1.87 billion, or €2.11 billion when adjusted for special factors.

During the Q&A, Höttges provided an update on the sale of T-Mobile Netherlands, conceding that it could be regarded as “a shame” that the NatCo has achieved a successful turnaround, only to then be flogged off to the highest bidder. He noted that the Dutch business is nevertheless competing against two rivals with a strong fixed-mobile convergence play (KPN and VodafoneZiggo). “We will now continue this possible sales process. We don’t have to sell, the price has got to be right, but we would sell if the price was right,” he said.

In answer to a question about the entry of 1&1 as the fourth mobile network operator in Germany, Höttges said: “Needless to say, we are aware of what 1&1 are doing. And I must say I have a lot of respect when it comes to this entrepreneurial decision. When you look at the disaggregation of the access network, and the clarification of the core network architecture, then you will find that it does make sense to work with the right partners.”

One niggle is that 1&1 is only required to build 1,000 cell towers — “this is something that ought to be discussed,” Höttges said. He added: “It would have been possible for 1&1 to roll out a larger infrastructure without national roaming because one thing is not related to the other. But, thank God, this is not my problem.”

1&1, which acquired 5G spectrum in 2019, is to build a brownfield open RAN network with help from Japan’s Rakuten Mobile (See German operator 1&1 to build brownfield Open RAN network with Rakuten). In May 2021, it also signed a national roaming agreement with Telefónica, which enables the company to offer its customers nationwide reception during the construction phase of its new network.