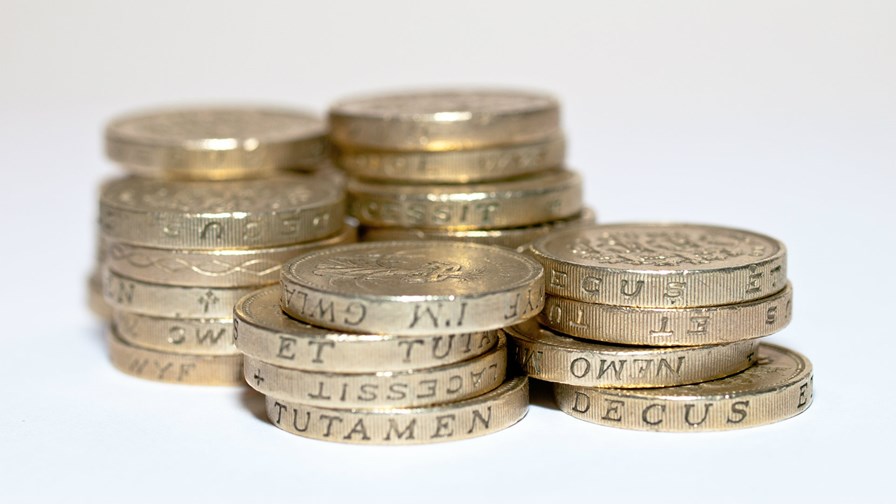 The simmering row between HP and Autonomy has now escalated to the point that God's representative on earth has become embroiled in the saga. Yes, the Pope's having a Holy look-See and may yet be forced to turn to the the Spanish Inquisition to get a Curia - although nobody really expects that…

Back in 2011, under the mercifully short but disastrous reign of the unlamented Leo Apotheker, HP bought the British software company Autonomy for US$11.1 billion. Less than a year later HP took an $8.8 billion impairment charge on the purchase.

In other words it had to write-off more than two-thirds of the value of the hellishly expensive, ill-considered acquisition. The sheer size of the loss, and the fact that it happened so quickly after HP bought Autonomy, puts the deal fairly and squarely at the top of the "biggest cock-up in corporate history" list - and that's saying something.

With shareholder and market anger and disbelief rising at the huge sum of wasted money, HP executives attempted to mitigate and shift the blame for the mess and alleged "serious accounting improprieties" at Autonomy that, they contend, resulted in massively inflated sales and revenues figures that beguiled HP into buying Autonomy at a premium on its stock price.

HP subsequently contacted both the the Security and Exchange Commission in the US and the Serious Fraud Office in the UK pressing for official investigations in Autonomy. HP also stated that it would "file criminal and civil charges" against the British company. These actions continue with all the pace and with the urgency of a geriatric mollusc.

Quickly thereafter HP was hit with a class-action lawsuit from its own investors demanding explanations and substantial financial damages to counter the fall in the company's share price as the extent of the Autonomy debacle became apparent.

For its part, Autonomy has insisted from the start that its books were in order and that everything was done in accordance with UK and international accounting rules - an affirmation echoed by its independent accountants.

And so the farrago trundles expensively onwards with the latest twist to the tail is being provided by via audit documents and email trails that have been seen by and are being reported by Reuters. HP has latched onto these as being proof-positive that Autonomy was fiddling the books.

All this stems from the expectation that Autonomy software would be used in facilitating the digitisation of the contents of the Vatican library. In the documentation the Vatican authorities say that, in the end, it was decided not to purchase the necessary software either directly from Autonomy itself or from its accredited reseller MicroTechnologies.

Nevertheless, HP says that Autonomy posted the $11.5 million in revenues pertaining to the deal even though it did not take place. Autonomy counters that the booking of revenue via resellers is normal and is permitted under UK accounting standards. Autonomy's accountants, Deloitte, agree with this interpretation  and “categorically denies that it had any knowledge of any accounting improprieties or misrepresentations in Autonomy’s financial statements.”

It should perhaps be borne in mind that HP is still negotiating a compensation deal with its investors over the 2102 write-down in the value of Autonomy and anything that can put HP in a slightly better and less-culpable light (even if it does come across as an ingenue unable to comprehend the complexities "due diligence" when pursuing a buy-out) is all grist to the mill.

However it begs the question of just how relevant an $11.5 million can be in relation to a $8.8 billion write-down. It is a drop in the ocean. HP will have to adduce a lot more "proof" than this.

In a statement HP writes, “Our investigation showed that Autonomy often resold generic hardware at a loss in the last few days of a quarter with the sole purpose of masking its real financial performance. In addition, Autonomy engaged in improper transactions with certain value-added resellers to create the appearance of software licensing revenue at the end of each quarter.”

The thing is, of course, that given the remorseless demands on companies to hit fanciful quarterly forecasts conjured-up by who-knows-what divination and necromancy by so-called "analysts", corporations are unable to look further further forward than the end of the next quarter. Long-term strategic planning goes out the window and the determination to "hit the quarterly numbers" at all costs becomes the primary purpose of management. Who's to say that other corporations haven't done something similar in the past?

Trying the Shoes of the Fisherman on for size

Meanwhile, HP is flying in the face of corporate convention and good governance by making CEO Meg Whitman the 'Chairman' of the company as current Chairman, Ralph Whitworth relinquishes the post due to unknown 'health concerns'. The role of the CEO and chairman are usually split with the independent Chairman and the Board of Directors tasked with protecting the interests of shareholders, (i.e. those who actually own the company) while the CEO executes board policy. Having the two roles combined is questionable and there have been many examples in the past where it has led to disaster. Let's hear it then for that magnificent specimen Bernie Ebbers of Worldcom and the late, great Kenneth Lay of Enron.

Perhaps the Vatican could let loose the triumvirate of Cardinals Ximénez, Biggles and Fang whose weapons of fear, surprise, ruthless efficiency, an almost fanatical devotion to the Pope (and nice red uniforms)may help bring matters to an expeditious conclusion.