For IBM, the future is cloudy, and that’s no bad thing 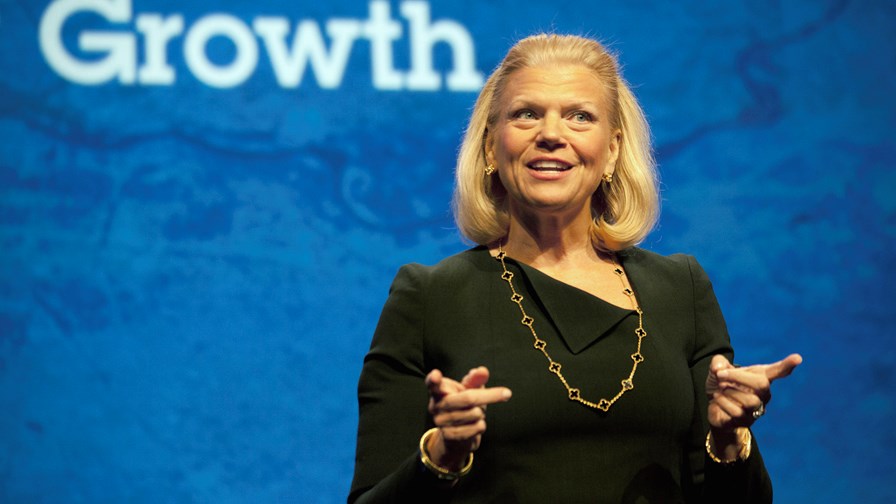 IBM has reported its second quarter financials and on the face of it, they don’t look good. Q2 revenue and net income both saw double-digit year-on-year falls, and consequently its share price dropped five points on the news. It’s been a recurring theme amongst US tech companies this year, but the strong value of the dollar in currency markets is causing no end of financial problems for them.

However, dig deeper and you’ll see plenty of evidence of a company in the midst of a major repositioning. Some of its reported losses were due to its discontinued operations related to the Microelectronics business, others to an increase in workforce rebalancing charges (aka redundancy payments), and the yearly comparison was also affected by a gain from the sale of its customer care outsourcing business a year ago.

"Our results for the first half of 2015 demonstrate that we continue to transform our business to higher value and return value to shareholders,” said Ginni Rometty, IBM chairman, president and CEO. “We expanded margins, continued to innovate across our portfolio and delivered strong growth in our strategic imperatives of cloud, analytics and engagement, which are becoming a significant part of our business.”

IBM still has a long way to go though before it completes its transition. For example, the expected $4.5 billion for its cloud as a service business at the end of this year is still some way short of the $7 billion expected for competitor Amazon AWS.

“Our cloud business is substantial and growing rapidly,” said Martin Schroeter, IBM’s SVP and CFO during a conference call. “The market continues to evolve beyond pure infrastructure toward higher value process-, data- and analytics-as-a-service engagements, in the same way the Internet evolved from browsing to a full transactional business platform. Our clients are finding value in the combination of public, private and hybrid implementations we’re able to provide.”

There will likely be further losses before the year is done. Another negative factor facing IBM is its business operations in emerging countries. Revenues from the BRIC countries were down 35 per cent as reported (even adjusting for currency and the divested System x business, they were still down 18 per cent). Of the BRIC countries, only India showed modest growth, whilst China contributed a 25 per cent fall in revenue with fewer large transactions in the quarter. This compares to decreases of 8 per cent for the Americas, 17 per cent for EMEA and 19 per cent for Asia-Pacific. But as they say, “no pain, no gain”.

“You’ve seen us move aggressively and decisively to reshape our business to best address the long term value in IT,” said Schroeter. “We’ve been shifting investments and resources, building partnerships and ecosystems, and introducing key innovations.”

It was a year ago last week that IBM signed a strategic and unexpected partnership deal with Apple to develop and sell iPad-based enterprise applications. So far, they have released 32 apps covering 10 vertical industries and expect to increase this to 100 by the end of this year. “The goal of the partnership is bring to our work lives, the same experience we have in our personal lives,” Katharyn White, IBM’s global lead for the IBM-Apple partnership told reporters in March. But after the big fanfare of the launch a year ago, all has been relatively quiet. And we heard nothing about the partnership in its Q2 presentation.