It's official. Oracle is now Hurd-ing Catz in the purr-fect management combination 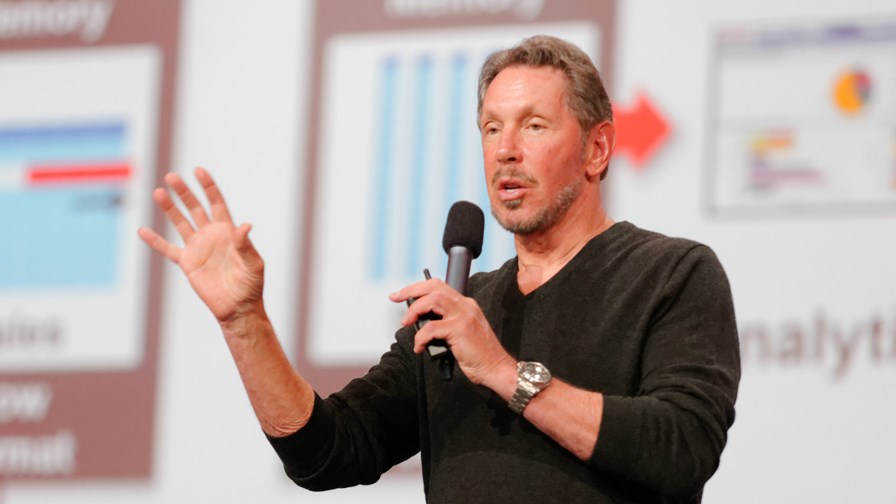 Last night, after the US markets closed, Larry Ellison the septuagenarian founder of the database company Oracle, resigned his post as chief executive "with immediate effect" and seemed to hand over the running of the company to two individuals, Mark Hurd and Safra Catz who now become joint CEOs. As history shows, splitting any top executive role is a tricky prospect at the best of times and few companies have managed it successfully, so how long will it be before fur bristles and claws flash as tom and queen fight over the cream? When it comes down to the wire this will be a matter of much hissing but no make up.

And it's all a lot of smoke and mirrors anyway. It turns out that Mr. Ellison isn't actually leaving Oracle at all. He remains Chief Technology Officer and, as a company release makes clear, will remain absolutely in charge of "all software and hardware engineering functions." Meanwhile, the company's Board of Directors has unanimously elected Ellison to be executive chairman, pushing the long-term incumbent, Jeff Henley, who had been in the role for the last decade, down the table by demoting him to the vice-chairman's position. Thus, while all may seemed to have changed, in reality little has and given his history and personality it's a safe bet that Mr. Ellison will be orchestrating events from behind the arras for a long time to come.

Until yesterday, Mark Hurd and Safra Catz were company co-presidents but their respective roles were very clearly differentiated and delineated with Hurd in charge of sales and Catz the Chief Financial Officer. Now, rather than being labelled as "co-CEOs" both will revel in the title of CEO and thus the stage is set for misunderstandings, mix-ups and clashes on a Shakespearian scale as, inevitably, egos will clash and ambitions will inflate. To all intents and purposes Mark Hurd remains sales and vertical markets supremo and Catz becomes "Principal Finance Officer" - but what's in a name?

In a statement, Larry Ellison said, "Safra and Mark will now report to the Oracle Board [Of which Ellison is now Chairman] rather than to me. All the other reporting relationships will remain unchanged. The three of us have been working well together for the last several years, and we plan to continue working together for the foreseeable future. Keeping this management team in place has always been a top priority of mine." So, why has he stood down as CEO then?

Well, Oracle's fortunes are on the slide and the company has had problems this year, regularly  missing analyst's forecasts for growth and profits. It is the same for the current quarter. Mr. Ellison's announcement came shortly before publication of the Q1 2015 earnings report. It revealed that the company again fell short of expectations. Revenues were US8.6 billion, up just over 2.5 per cent on Q1, 2014 and net income, at $2.18 billion, was as flat as a pancake year-on-year.

Oracle's star is waning because of the cloud, virtualization and the trend to SDN and NFV. Hardware isn't what it was and Oracle's software side is pretty flat while it's commitment to and strength in cloud technologies seemed limited and partial.

Aware of this Hurd and Safra, in their first public outing as conjoined CEOs talked the cloud talk and attempted to put a glossy spin on things but the fact remains that Oracle's IaaS, SaaS and PaaS products, at $138 million and $337 million, accounted for a mere 5.5 per cent of total sales. It's not enough and the clouds are scudding by as other benefit from the silver linings. Not that you'd know that from Ms Catz's upbeat comments; she told analysts, "As movement to the cloud grows, we expect this trend to impact our revenue – to the positive."

Better get a move on then. After the announcements, Oracle's stock price, which had slowly risen by more than 8 per cent over the year, fell by 2.5 per cent to $40.50.

Larry Ellison, university drop-out and now the fifth-richest man on the planet has run Oracle with an iron fist and meticulous attention to even the minutest of details for the past 37 years and has a reputation as a spiky, demanding and choleric taskmaster.

Safra Catz, 52, was widely regarded as the heiress-apparent and a shoo-in to run Oracle when Ellison finally relinquished the reins. She started at the company in 1999 and has been president since 2004. She has, of course said nothing about being made co-CEO along with Mark Hurd, but, in her heart-of-hearts she must be feline angry.

Larry Ellison, a long-time chum of of Mark Hurd, 57, came to his rescue with another Oracle presidency when Hurd was booted out of his CEO position at HP after an audit revealed he had manipulated his expenses to cover-up an affair with an HP supplier.

Mr. Hurd has a history and well deserved reputation as a cost-cutting hatchet man, a role he has fulfilled to perfection at various companies. By contrast, Ms. Catz is self-effacing and actually lectures on accountancy at Stanford University in the few spare moments she probably has. She may be low-key but she is reputed to have nerves of steel and a will to match. It will be both interesting and entertaining to watch as these two circle one another other looking for advantage.

So far, market and media reaction to the creation of the two-headed hybrid CEO role at the top of Oracle has met with little enthusiasm. John Rymer, a senior analyst at Forrester, probably summed up the the prevailing mood best by saying, “Oracle’s results have been disappointing for many quarters now but shuffling the leadership deck doesn’t really change anything."

And so it is. What the results will be, who knows?