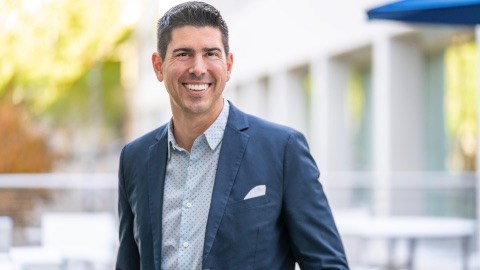 VMware has filled a key executive role with the appointment of a new Chief Technology Officer and has teamed up with server vendor Lenovo to take its edge software to market in an integrated package.

The CTO role has been handed to Kit Colbert, who has been at the company for 18 years and held a number of key roles, including Cloud CTO. He is responsible for “the technical vision for the company, and the transformation to a cloud and subscription-centric R&D organization. His oversight includes advancing research and development efforts, overseeing the VMware Engineering Services team, the Design/UX team and the company’s ESG commitments,” noted the vendor in this announcement.

Colbert fills the top team hole left by Greg Lavender, who was poached by Intel to become its CTO back in June: Intel’s CEO is, of course, former VMware chief Pat Gelsinger.

Colbert will find himself working with a broad range of technology partners, including Lenovo, which is making a big push to become a major player in the edge computing and distributed networking architecture sector.

Lenovo and VMware are already business buddies, but they have cemented their relationship by announcing a joint product for the edge computing market. Lenovo’s Infrastructure Solutions Group (ISG) will be the first partner to integrate VMware’s software solution in a server platform, namely its ThinkSystem SE350 Edge Server.

The solution “will simplify networking with built-in switching and wireless connectivity, eliminating the need for external network devices at the edge and allowing for smoother and more seamless operation,” noted Lenovo in this announcement. “VMware customers will soon be able to enjoy the same environment they want in their data center, directly at their edge locations, through ordering this integrated and pre-loaded bundle.”

The announcement came as Lenovo unveiled a host of new products, including edge-to-cloud infrastructure products and an enhanced “everything-as-a-service” business model (dubbed Lenovo TruScale) during its Annual Global Tech event.