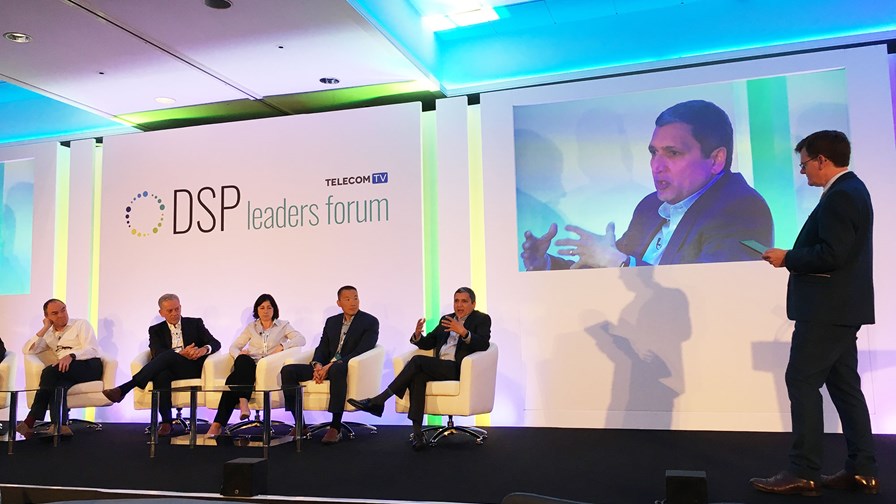 The drive to adopt openness in telecoms is alive and well if the delegates at the TelecomTV DSP Leaders Forum are anything to go by. So open good, closed bad? Well not quite. Clearly an idea so broad must, when examined closely, come with a few caveats.

Openness is actually one of the central  themes driving the DSP Leaders Forum. The challenge for the industry, we maintain, is to embrace an open mindset - not just software, but open culture, open networking, open ecosystem, services and culture. The list goes on.

Part of the discussion today (Day 2) was to expose thoughts on openness, how was it being applied and where was it proving important?.. or not.

Quick takes were gathered on how openness was being encouraged at different organisations.

For Vodafone it’s all about open collaboration, according to Rabi Abdel, Vodafone Group’s Infrastructure Architect.

For Darrell Jordan-Smith, Vice President of Global ICT Sales at Red Hat, fostering an open mindset is important, as is encouraging people to fail quickly.

Bryan Madden, Director of Marketing, Network Platforms Group at Intel believes that “openness is a culture and a mindset: fail, fail again and fail better.”

At some point the quest for more openness must involve change. Darrell pointed out that Service Providers needed to change their approach with the understanding that they can’t change overnight.

He pointed out that the fail-fast approach needs to have an environment of trust. “In an open environment you have to know your colleagues have your back,” he said.

Several of the panelists agreed that SPs were starting to open up and talk to each other with open source activity being the catalyst.

According to Rabi, the strength of open source is not that it’s free, but that it’s used by everyone.  For Vodafone that means that other organisations can do the software verification, rather than Vodafone having to do it themselves in-house.

Chris Price, President of Ericsson Software Technology, pointed out that everything in the telecoms world is now in flux. Take the long history of  NFVi (network functions virtualization infrastructure), where many approaches have been developed, leading to technical diversity and fragmentation. Now, however, there are signs that the operators are pulling things back together again. The fragmentation/consolidation process, however, has proved to be a valuable exercise, he said.

According to Andrew Coward, CEO of Lumina Networks (contributing from the floor), “you can’t outsource ‘open’, you have to ‘insource’ open, otherwise it falls into the too hard bucket. Then operators go back to their traditional vendors.”

That’s a view that Neil McRae, Managing Director & Chief Architect of at BT might sympathise with. Neil (also from the floor) pointed out that Open Source is all very well  - he’s been a big supporter of it for many years - but those advocating the software for telco infrastructure need to understand that telecom engineers are always focused first and foremost on network reliability. As one example, a recent network outage at BT was caused by a bug somewhere deep in the open source Linux software which they couldn’t track down, said Neil.

“How can you fix things quickly when the 600 people who know about the underlying linux code are scattered around the world?”

Neil’s point was that the open collaboration approach needs to go two ways. It’s not just a one-way ‘culture exchange’ with telcos doing the changing. The open source world needs to understand and respond to telco pain-points. For instance, arcane code that nobody understands while in charge of a dead network - that’s a major roadblock to an open source embrace.