Will a public floatation make Ant hit the deck? 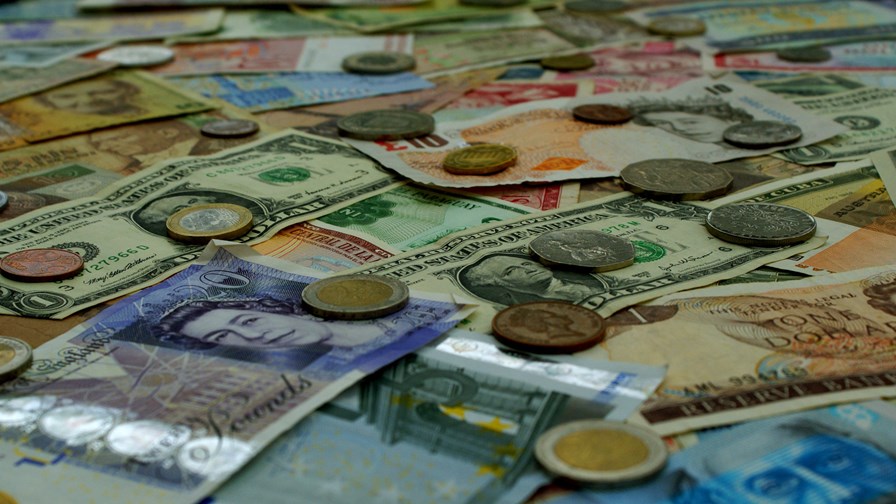 Relations between the US, the EU, Australia, the UK and China continue to worsen, trade wars intensify and the drumbeats of a new Cold War are heard more loudly every day. Hong Kong's new "security' laws, heightened threats against the independence of Taiwan, aggressive Chinese naval expansion in the Pacific, violent and lethal skirmishes on China's border with India, claims and counter-claims of military and industrial espionage, the blatant theft of intellectual property and of patents, the removal of Huawei telecoms hardware and software from US and UK networks and the side-lining of ZTE and other Chinese companies are all indicators that China is suddenly facing some big problems of its own making in many parts of the world, simultaneously.

The gilt has quickly rubbed off the much-vaunted "golden age" of trade with China to reveal the dull base metal beneath the superficial surface gloss.

Against this dreary and potentially dangerous background, Ant, the company that provides financial services to Alibaba, is intent on floating on both the Shanghai and Hong Kong in an initial public offering that could be worth upwards of US$200 billion. It also has plans to expand into Europe and the US.

Alibaba is one of the world's largest Internet search engines and e-commerce operators. It a sophisticated amalgam of a marketplace, a virtual shop window and a bank and is ubiquitous throughout China. The Ant Group was spun-out of Alibaba back in 2011 and runs the Alipay app, which is by far the biggest and most used mobile payment system in China. Its closest competitor is WeChat Pay from Shenzhen-headquartered Tencent. Between them the two companies account for over 90 per cent of all mobile e-commerce payments in China, have users bases of well over a billion people between them and account for US$49 trillion in financial transfers.

While Tencent has focused primarily on bolstering its position within China, Ant has also been looking to expand outside of the PRC and becoming an international player. It has been rather successful, in Asia at least, by riding on the backs and in the wallets and purses of the many millions of monied Chinese tourists who (prior to the pandemic) had been taking holidays in moderately local counties and territories such as Hong Kong, Indonesia, Malaysia, South Korea and Thailand,  as well as in Europe and North America. Alipay is accepted in 56 counties and territories but has made almost no progress in the west where credit card systems are incredibly well embedded and interbank transfers are the norm and work more or less perfectly.

Alipay works though QR (Quick Response) codes, the familiar but relatively simple and insecure machine-readable two-dimensional optical barcodes that can be instantly read by a smartphone camera and are commonly attached to things like tickets, menus, posters, advertising and some comparatively low value consumer goods. The QR codes mean users don't have to use credit or debut cards and don't have to pay bank transaction fees but that are by no means as advanced or flexible as plastic cards, and that limits their usage.

Nonetheless, Ant says it will have Alipay (or a renamed version of it) operating through 10 million SMEs across Europe by 2025. Whether that will come to pass as in Europe as political relationships deteriorate remains to be seen, and, but under prevailing US antipathy to the Chinese government, the Chinese communist party and Chinese technologies, Alipay's chances of making headway in North America are negligible.

In a press release about the pending IPO, Eric Jang, the executive chairman of Ant writes, "The listings will help the company accelerate its goal of digitising the service industry in China and driving domestic demand as well as position the company to develop global markets with partners and expand investment in technology and innovation. Becoming a public company will enhance transparency to our stakeholders." Maybe, but suspicions of the influence and ambitions of the ruling communist party of China remain and are growing and western countries and companies are worried that payment information collected and processed through a Chinese mobile app could all to easily be diverted and copied to Chinese government databases.

Meanwhile, and to add a twist to the tale, the People's Bank of China (PBoC) (it's very name says everything anyone might need to know about it) is looking to the introduction of a new digital currency that would lessen and weaken the influence of Alibaba and Tencent. The PBoC has direct links to the Chinese government and the authorities are known to be both suspicious and jealous of the popularity and power that Alipay and WeChatPay have grown to enjoy amongst the Chinese public. The bank wants to take them down a peg or two and is trialling experiments with its new digital currency across 42 million people in four Chinese cities, Chengdu, Shenzhen, Suzhou and Xiong'an (a place little-known in the west, Xiong'an is a sort of satellite city to Beijing). The PBoC says it will "simplify digital payments and interbank settlements".

As might be expected, details of the new electronic currency are sparse and partial. It doesn't seem to have an official name yet but is referred to as the CBDC (Central Bank Digital Currency). Suspicions are that the bank (and therefore the Politburo) thinks Alipay and WeChatPay are getting a bit too big for their boots and so the PBoC will make a big play into electronic payments and to introduce and control a digital currency for China's domestic retail banking sector. And, of course, there's money to be made. Analysts calculate that Chinese mobile payments will be worth 140 trillion Renminbi (that's almost $20 trillion US) this year, and Alipay has a 55.4 per cent share of the market.

The US research house, the Brookings Institution, of Washington DC says Alipay has registered patents indicating that it expects to have a role as a secondary issuer of the new currency, but is treading carefully around a wakeful and powerful tiger and “by leaving user-facing activities to banks…. will avoid disintermediating the financial system. They also place a strong emphasis on compatibility with existing banking infrastructure."

If the digital currency works and is successful, China's financial sector will be greatly changed, especially if the currency is used for cross-border payments in Hong Kong and elsewhere. That said, China has long been extremely wary about maintaining its financial stability at home and is concerned that too much change too soon could upset the economic apple-cart. China has long-held ambitions to internationalise its banking systems and wants eventually to overtake the US dollar to make the Renmibi the world's most powerful currency.

However, deteriorating relationships with the US, Europe and other countries and power blocs makes that impossible at any time in the forseeable future - if ever.  China's economy is not as strong as it was, its reputation as a trustworthy trading partner has been battered by rumours about the real origins of the Covid-19 virus and cover-ups about its spread have further damaged its reputation. Expansive and expensive financial adventures won't be at the top of the agenda any time soon Keeping the lid on domestically will be.