While the US prevaricates, Australia, EU & UK move to bring Facebook, Google & Amazon to heel 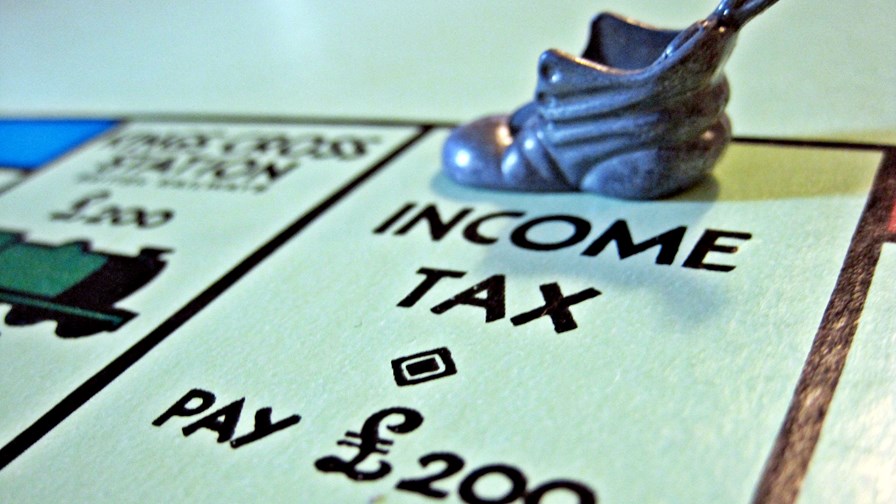 After Wednesday's much anticipated "Big Bang" hearing by Antitrust Subcommittee of the US House of Representatives into the machinations of Alphabet, Amazon, Apple and Facebook turned out to be a very damp squib, there is more evidence today that other parts of the world are taking a much more robust and combative approach to curbing the excesses of the monstrously powerful big tech companies.

Let's start Down Under in Australia where the federal government has announced plans to compel Facebook, Google and others of their ilk to pay news gathering organisations for the content of the big social media platforms they so freely use. A "world-leading" and mandatory code of conduct is being drafted by Australia's Competition and Consumer Commission (ACCC) and, next month, will be debated and ratified in parliament before becoming law.

Commenting on the new code, the Australian Treasurer and Deputy leader of the Liberal Party, Josh Frydenberg, said, "What we've sought to do is create a level playing field to ensure a fair go for Australian news media businesses and that when they generate original content, they are fairly paid for it. We want Google and Facebook to continue to provide these services to the Australian community…. but we want it to be on our terms. We want it to be in accordance with our law and we want it to be fair, and that is what has motivated us with this mandatory code. The rules in the digital world should reflect the rules in the physical world".

He added, "As the technology has developed and as the power, the wealth, the influence of these digital platforms, namely Google and Facebook, has grown, our regulatory framework has not kept up and, as a result, there is a very unequal bargaining position between Australian news media businesses that produce original content and the digital platforms." As indeed there is in much of the rest of the world.

The new code of conduct also requires Facebook, Google et al to "negotiate in good faith" with Australian media organisations, collectively or individually, to agree a formula by which payments will be made and, (important and clever this), to give at least 28 days notice of any impending changes to scraping and other news content collection algorithms. If, after three months of "meaningful" negotiation, no agreement has been reached the case will automatically go to "binding arbitration"

Josh Frydenberg added, "Providing advance notice of at least 28 days of algorithm changes, affecting news ranking, the display of news content and advertising with news content is vital. Original news content needs to be recognised under the code, and it prohibits digital platforms from discriminating against Australian news media businesses that are covered by the code. There are substantial penalties for breaches." Maximums will be "up to A$10 million per breach, or three times the benefit obtained, or 10 per cent of annual turnover, whichever is greater."

Originally, the Scott Morrison administration considered introducing a voluntary code  but thought better of it as more and more Australian news outlets lost money and closed. So, in light of the regulator's Digital Platforms Inquiry that examined competition, consumer protection and the sustainability Australian media in an age dominated by mammoth supranational digital platform companies, the ACCC was directed to design a compulsory system

Unsurprisingly, Facebook and Google are utterly opposed to the introduction of a compulsory code and have even gone so far as to let it be known that they"could walk-away from Australia's news market." The managing Director of Google Australia, expressed himself as being "deeply disappointed" and claimed the new code of conduct will "discourage innovation", although he did not explain how. Instead he added, "The government's heavy-handed intervention threatens to impede Australia's digital economy and impacts the services we can deliver to Australians."

In the past, whenever it thinks it is being threatened, Facebook has more than hinted that it would just delete Australian news from its site, adding that the cost implications of such a move would be "negligible". Someday, and that day is getting closer, someone, somewhere is going to call the bluff of these overweening companies and then perhaps a domino effect will kick in and topple some shibboleths.

""My name is Ozymandias, King of Kings. Look upon my works ye mighty and despair"

Nothing beside remains. All around the decay of that colossal wreck, boundless and bare, the lone and level sands stretch far away."

Meanwhile, up in the northern hemisphere, the European Union is legislating to make it illegal for Amazon and Apple to ensure their own online products and services get preferential placement and promotion over those of competitors. It is another straw in a wind that could eventually reach storm force as concerted efforts are made to curb the power of the world's biggest digital platform companies.

The EU has long been in the vanguard of those effectively using antitrust laws against supranational tech companies (as opposed to the US where the few efforts that have been made have been generally ineffective) and has imposed swingeing financial penalties where they have been found culpable. After a lot of threats, appeals and general and hoo-hah, those fined eventually paid up and then carried on as if nothing had happened - and indeed nothing had happened as far as the strength of their balance sheets was concerned.

That's why  Europe is drafting a slate of new legislation that will give the likes of Alphabet, Amazon, Apple and Facebook cause for real concern and perhaps even pause for serious thought. Margrethe Vestager, of the European Commission, says, "We are entering a new phase. At stake is whether or not these [digital] markets will be open and contestable and innovative, or if they will just be governed by these walled gardens of de facto monopolies." So, in addition to extant antitrust legislation, new laws that will directly address anti-competitive behaviours and practices will be added to the statute book.

Meanwhile, Andrea Coscelli, of the UK's Competition and Markets Authority (CMA) says, "We have crossed a line. Something needs to happen sooner rather than later, and it needs to be done in an intelligent way." A recent CMA report (actually a huge tome of more than 400 pages) concluded that Facebook and Google "exhibit anti-competitive behaviour" where online advertising is concerned. In Germany, Andreas Mundt, is the head of the national competition regulator, the Bundeskartellamt  (Federal Cartel Office). He says "If a platform is so big and if a platform has such a powerful position, there are opportunities to abuse this power".

The view across Europe is one of commonality of grievances and the reaction to the excesses of the big digital platforms increasingly determined and concerted. Legislators are particularly angry about the continued determination of Google etc. avoid paying tax at the rates in force in the countries where services and apps are rendered and instead channeling revenues through tax havens and paying derisory sums on massive profits.

This comes even as the tech behemoths continue to post much better results than analysts had been expecting given the global pandemic that is wrecking national economies the world around. Alphabet, Apple and Facebook came in well ahead of Wall Street estimates and Amazon, whose popularity soared to stratospheric heights during global lockdowns, posted the biggest profit it has ever made, and that's saying something.

If ever there was a time to make these companies pay tax where tax is actually due and not wherever they decide it might be applicable and deign to pay a pittance compared to what they should be paying, that time is now.