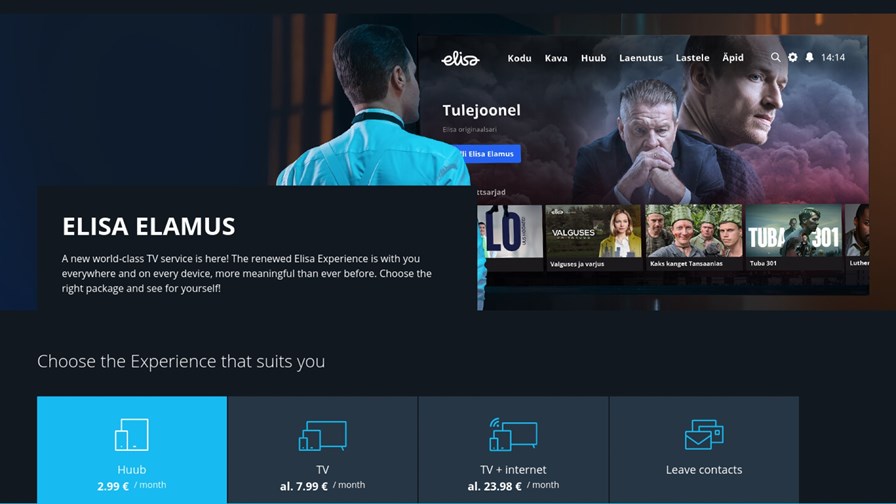 Elisa Estonia launches hybrid Android TV service:  Estonian multiservice provider Elisa has gone live with its next-generation ‘super-aggregated’ Elisa Elasmus service. It’s based on the Android TV OS Operator Tier, and features Google Play Movies and TV, Amazon Prime Video, Viaplay and YouTube among a total of 150+ channels and is available via DVB-C (cable), DVB-T (terrestrial), IPTV and on all OTT platforms. In fact, it’s capable of having everything supported and comes complete with Remote Control and content and revenue protection for those content providers of a nervous disposition. In fact, forget super-aggregated. This offering is potentially hyper-aggregated. If you want to find out more, clear some mental space, arm yourself with some strong coffee, clean your glasses and clear your throat - a  full run-down of all its features and all the partners and their various roles can be found here….

BT has confirmed the appointment of Adam Crozier to succeed Jan du Plessis as Chairman. As we first reported on August 9, Crozier was selected after his predecessor resigned after less than four years in the post. BT’s share price plummeted under the chairmanship of Jan du Plessis and is still well below where analysts and shareholders think it should be. BT says Crozier will join the Board as an independent non-executive director and Chairman Designate with effect from 1 November 2021 and will become Chairman with effect from 1 December 2021 when Jan will retire from the BT Board. Crozier  will step down as Chairman of ASOS plc on 29 November 2021 and will not put himself forward for re-election at their upcoming annual general meeting. He will also step down as a non-executive director of Sony Corporation with effect from 31 December 2021.

Ground Control has merged with two UK-based companies, Wireless Innovation and Rock Seven to form a single entity and the move creates a new market leader in the provision of global satellite and cellular connectivity for M2M and IoT services, it’s claimed.  Wireless Innovation Ltd acquired Rock Seven in 2018, and Ground Control in 2019, to form a global brand with core expertise in asset tracking, M2M connectivity, managed secure networks including TSAT and BGAN M2M, and global voice and data. Read more...

The emergence of digital adoption demands Asian country governments establish a well-defined regulatory system to enable ‘cohesive data sharing’ environments, according to IDC, which has just produced a  report on the situation,  entitled Asia/Pacific Governments' Data Policies to Enable Digital Economies. Most countries in Asia/Pacific have started formulating different acts or policies centrally or across various states, provinces, or regions to further data protection, data security, data privacy, and data sharing to reduce the risk of cyberthreats and other types of data breaches. Establishing governance processes to enable collaboration and flow of data is crucial to improving the industry ecosystem, IDC points out. Essentially, the ‘right’ to own a ‘digital property’ must be underpinned by a ‘responsibility’ to be compliant  with the overarching regulations and norms of information flows within the jurisdictions in which they operate, IDC points out. It’s a sort of digital civic responsibility enforced to the extent necessary by government oversight. Sounds reasonable.