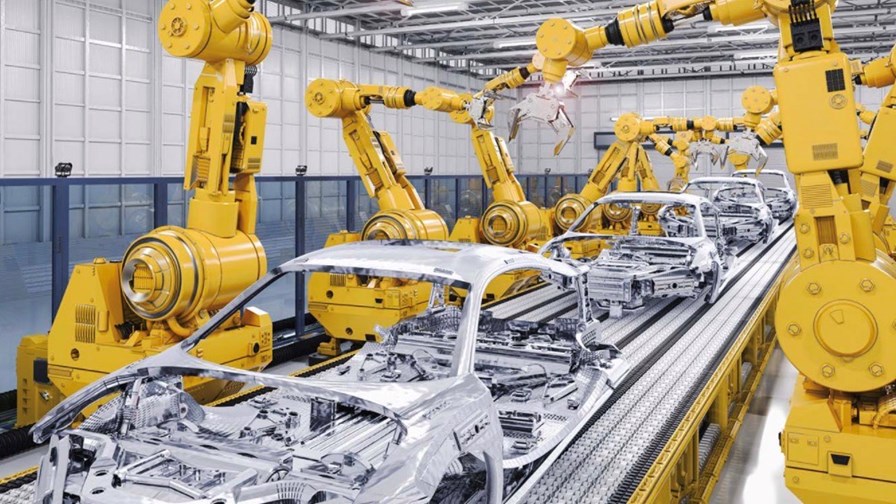 Telefónica Tech leads the way in what is our last ‘What’s up with…’ news compilation for 2021, a year which we will all be glad to consign to the dustbin of history. Good riddance! To celebrate we are trotting though a few stories that range from the sublime to the ridiculous. Happy holidays to one and all and we’ll be back in 2022…

Telefónica Tech, the giant Spanish operator’s digital unit, has acquired Spanish industrial automation specialist Geprom for an undisclosed sum. “With this transaction, Telefónica Tech will strengthen the capabilities of its Internet of Things (IoT) and Big Data division, led by Gonzalo Martín-Villa, and will enhance the company’s positioning in the key industrial sector,” notes the operator in this announcement. It adds: “The digital development of the industrial sector is one of Telefónica Tech’s priority business lines, with a portfolio of high value-added products and services that encompasses not only the sensorisation and analysis of data to create truly connected factories, but also the application of cloud technologies, artificial intelligence and cyber security services to help companies become more efficient, competitive and sustainable,” all of which will be “boosted by the increased deployment of 5G.”

Still with Telefónica Tech... IT has teamed up with comms R&D specialist Darwin Innovation Group to develop a security solution for connected autonomous vehicles (CAV) with “technology that combines satellite and terrestrial channels to achieve greater coverage.” Telefónica Tech notes that the “combination of satellite networks and 5G opens up great possibilities for innovation and, in particular, for the use of autonomous vehicles,” but that such a combo requires a specific system. As a result, Telefónica Tech’s security experts are working with Darwin’s development team to “perform penetration tests on Darwin’s technology using their experience and knowledge in order to solve the identified vulnerabilities.” Find out more in this press release.

Cinia of Finland has teamed up with Alaska-based Far North Digital to build a fiber optic cable system called the Far North Fiber that will link Europe, Asia and North America through the Arctic. The planned 14,000-kilometers cable system will run from Japan, via the Northwest Passage, to Europe with landings in Alaska and the Canadian Arctic: European landings are planned in Norway, Finland and Ireland. The cost estimate for the build is €1 billion. Alcatel Submarine Networks, part of Nokia’s Network Infrastructure division, has been awarded the contract for project design and installation, with the network estimated to be ready for service by the end of 2025. “There is an increasing demand for secure and fast international connectivity with new diverse routes. Spanning three of the world’s largest internet adopting continents, the Far North Fiber will be a true global venture,” stated Cinia’s CEO Ari-Jussi Knaapila. For further details, see this announcement.

The top bods at China Telecom (Americas) are in complete denial about the reality of the company’s position in the US. Indeed, they make King Canute, the 11th Century king of England who sat on his throne on a beach and commended the incoming tide to stop and go back from whence it came, look like an eminently sensible fellow. Back in October the US regulator, the Federal Communications Commission (FCC), citing national security issues, revoked China Telecom’s licence to provide telecoms services. In a judgement it wrote that “China Telecom (Americas) is subject to exploitation, influence and control by the Chinese government.” China Telecom (Americas) carried on as though nothing had happened, claiming that its services do not fall under the FFC’s ruling that it must close its common carrier operations and services, reports Reuters. The company says it is a “private carrier”, and therefore, as it is exempt from the FCC’s regulatory remit, it will continue to provide services to its dwindling US customer base “on a private carrier basis.” In the US, China Telecom provides consumer mobile service under the brand name "CTExcel." Meanwhile the FCC has told CTExcel subscribers that they will need to switch to a new provider by January 3, 2022, because that’s when CTExcel will cease providing service. Let us imagine New Year’s morning on Dolphin Beach, the balmy strand closest to CTExcel’s HQ in Herndon, Virginia: A man sat in an executive love seat with his CTO as the waves lap. Question: “My feet have been wet for an hour and now my pants are soaked too. How about you.” Answer: Glug, glug, glug, splutter, “Would you undo my ropes? I’m out of here before I go down for the third time. Happy New Year.”

United Group, the Netherlands-based companies that has telecoms and media operations in eight markets in South-East Europe, has received “unconditional approval” from the European Commission for its acquisition of Greek telco Wind Hellas, a deal with an estimated value of €970 million that was first announced in August. The deal is now expected to close in January. United Group says it will combine Wind, which has more than 4.2 million customers for its broadband, mobile and TV services and annual revenues of more than €500 million, with Nova (previously known as Forthnet), its fixed line and pay TV service provider in Greece, to “create a fully converged operator that will be the market’s number two player in both fixed and pay TV services.”

It hasn’t been a great month for public cloud giant Amazon Web Services (AWS), as it suffered a third outage in a matter of weeks that impacted some big name customers such as Slack and Epic Games, reports The Verge. Of course, these instances raise the big question about public cloud redundancy for critical services and right now the operations team at Dish Network, which will be heavily reliant on AWS uptime to run its Open RAN-based 5G services in the US (when it launches), what this means for that deployment.

Ericsson is reportedly scoping out a site in Russia to manufacture mobile network infrastructure, and potentially a local partner, so it can satisfy the growing demand for locally-produced technology, reports Reuters, which notes that Nokia has already taken such a step.

For decades past the search has been on to find a replacement for silicon chips and magnetic storage media and soon it may be possible to manufacture, in commercial quantities, chips that can store data on, and retrieve them from, DNA molecules, reports the BBC. DNA is the storage medium of choice of life on earth, and scientists at the Georgia Technology Research Institute (GTRI) in Atlanta claim to have developed a DNA chip that can store data at a density of 100 times greater than commercial silicon microprocessors. A DNA molecule comprises four different chemical parts (called bases): adenine; cytosine; guanine; and thymine. The GTRI experiments “grow” individual strands of DNA, in parallel, one base at a time, to provide a multiplicity of strands. The DNA is grown in a multiplicity of “microcells” a couple of hundred nanometres deep that are drilled into the surface of the chip. The GTRI prototype is 2.5 cm square and grows multiple strands of DNA simultaneously. The bases can encode data in DNA by using two of the bases (say adenine of cytosine) to analogously represent a zero in binary code and the other two bases (in this case, guanine and thymine) to represent a one in binary. The next step is for the scientists in Georgia to design and wire the control electronics that will manage the new chips. In fact, DNA data storage already exists and has been put to use in a few very specialist (and often secret) circumstances, but it is very expensive and holds severely limited amounts of data. Currently, the DNA storage capability of the GTRI’s prototype chip is considerably less than a commercial silicon wafer but that is set to change as the technology develops. What’s more, once written and stored (at the right temperature), the encoded data will last for millennia and take up much less space than today’s conventional storage media and systems. As an example, the GTRI says that, if formatted in DNA, every film ever made since the development of cinematography could be contained in a volume “smaller than a sugar cube.” Sweet.

GlobalConnect says it has expanded its fibre footprint by more than 10% in the past year and increased its FTTH customer base by almost 12% to 420,000. “The milestones we have achieved during the last quarter really show that GlobalConnect has become a major international connectivity challenger, and one of Europe’s fastest growing digital infrastructure providers. We keep expanding our customer base, acquiring important assets from local competitors, as well as entering new markets. We are on a growth trajectory, we intend to continue in 2022”, says Martin Lippert, Group CEO, GlobalConnect. Read more.

And (almost) finally, there are still a lot of people out there who believe that radiation from 5G masts and antennas can cause all sorts of problems to the human body. Tinfoil hats are usually the preferred method to bounce the RF away, but there are alternatives. For example, you can buy “anti-5G” amulets, bracelets, pendants, masks and other fashionable accessories as talismans to keep the rays at bay. Unfortunately for the gullible in the Netherlands, the Authority for Nuclear Safety and Radio Protection (ANVS) has issued a stern warning to the currently locked-down Dutch population that some popular anti-5G products marketed to “protect” people are, in fact, provably dangerous to human health, because – get this – they are dangerously radioactive! In a statement and in coverage on TV, radio, on social media and in the newspapers, the ANVS tells people to stop wearing the products that issue significant “ionising radiation” (there’s a list of nine of them) and put them away “safely” until they can be returned to the retailer for a refund. The lead caskets that will need to be used take them back to the shop are selling like ‘hot’ cakes (see what I did there?). The statement adds that sale of the products is prohibited by law under the terms of the Nuclear Energy Act. The “Quantum Pendant” has been found to be particularly ‘hot’. It’s reminiscent of the story of Schrodinger's missing luggage – that was an open and shut case as well.

Last, but not least, here’s a recommendation for an excellent book to read over the holidays. It’s called ‘Anti-Gravity’ – you won’t be able to put it down.