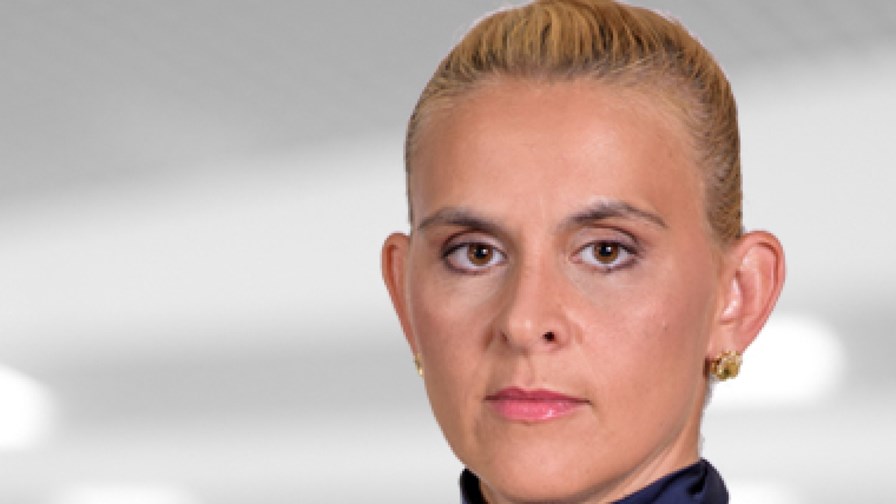 Altice Europe and Iliad have become increasingly high profile in recent years as they enter new markets and/or gobble up smaller mobile players in Europe. Both groups are also owned by billionaires who now want to take them private – a feat already achieved in the case of Patrick Drahi and Altice Europe.

Netherlands-based United Group is yet another collection of disparate telecoms and media providers that appears intent on building market share. Recently, it has been buying up mobile assets to complement fixed broadband and TV businesses, creating more competitive providers with a fixed-mobile convergence offering.

Owned by European buy-out firm BC Partners, which invests in five sectors across 18 markets, the group is also displaying increasing signs of coherence in the telecoms sector. For example, it is now using the Telemach brand name in four markets in Southeast Europe.

Viktoriya Boklag, CEO of United Group, (pictured above) recently described 2020 as “one of the most transformative years in our history” and said 2021 “looks to be equally important. She has a point.

BC Partners acquired United Group in March 2019. Since then, the group has acquired Tele2 Croatia, since renamed Telemach Hrvatski; Bulgaria’s Vivacom; Forthnet (now Nova) in Greece; Nova Broadcasting Group in Bulgaria; Net1 and ComNet Sofia in Bulgaria; and Optima Telekom in Croatia. It has also launched the Shoppster e-commerce service and UGI Wholesale; acquired 5G frequencies in Croatia and Slovenia; and picked Nokia as a key network partner for 5G and fibre as well as Ericsson for 5G.

In summary, United Group is active in eight countries across the region and has about 11 million users. It operates telecoms services under SBB in Serbia; Telemach in Bosnia and Herzegovina, Croatia, Montenegro, and Slovenia; and Vivacom in Bulgaria. It also provides the Total TV DTH platform, and offers TV and media services under the United Media, EON and Nova brands. The group said its entry into Croatia, Bulgaria and Greece during 2020 expanded its total market area to about 40 million people.

Its next venture looks set to be the acquisition of Wind Hellas in Greece — one of three mobile players in the market and already a key player with a fixed and mobile offering. United Group has reached an agreement with controlling shareholder Crystal Almond to buy 100% of Wind’s shares. The aim is to combine Wind Hellas with telecoms and pay-TV provider Nova (the former Forthnet) “to create a strong converged operator that will be the number two player in both broadband internet and television services.”

United Group said the transaction is subject to customary regulatory approvals and is expected to be completed in 2022. It also noted that Wind has a total of 4.2 million users and generates revenues in excess of €500 million annually.

What isn’t clear, as with previous transactions, is how much the group is offering for the business. Greek news site Kathimerini has estimated the value of the transaction at between €950 million and €970 million based in Wind’s enterprise value. The site also noted that a combined Wind Hellas and Nova will significantly increase competition with Cosmote, while putting even more pressure on Vodafone Greece, which would be relegated to third place.